An astounding amount of fertilizer is used just to make up for degradation. 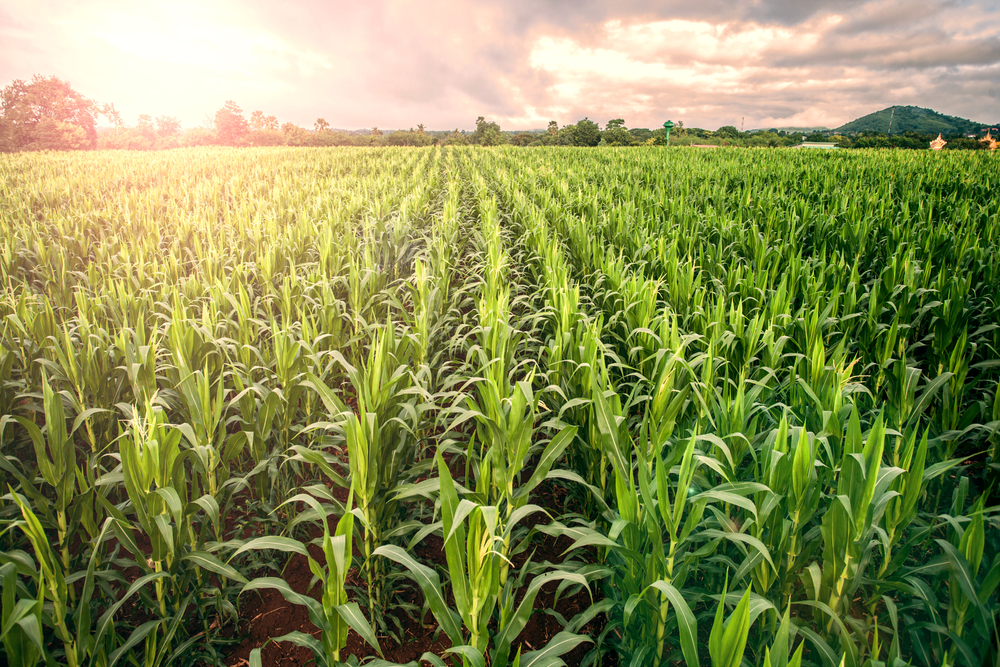 Corn farmers have had to spend money on fertilizer to make up for soil degradation.
Photography by TomFotorama on Shutterstock
Share
Tweet
Pin
Email
207 Shares

Massive monocrop farming of corn, in the United States, brings with it a whole host of push-and-pull requirements.

This style of agriculture drains the soil of nutrients, making it incapable of high-yield production. To make up for that, farmers have to drench the soils in fertilizer. A new study from researchers at the University of Colorado Boulder ran models to get a sense of what the economic costs of this system are and found they are quite staggering.

A key problem with trying to figure out exactly how degraded soils are, at least in the US and some other countries with similar systems, is that farmers there replace some of the soil’s lost nutrients with external sources, in the form of fertilizer. The researchers in this study ran four different 100-year simulations of American corn farming, playing around with removing irrigation and fertilizer use to see what happens to soil quality.

Removing fertilizer from the equation dramatically reduces yield; so does removing irrigation. None of that is a surprise, of course. But it does allow the researchers to see essentially what the modern corn-growing system does to the soil without artificial adjustments such as water and nutrients. That in turn lets the researchers see, essentially, how much it costs to make the soil tolerable, given how draining growing corn in this way is.

Those costs range, depending on the type of fertilizer, from $148 million to $953 million per year, all just to bring the soil back to the quality it would have if we never planted corn in the first place. And that doesn’t include any of the environmental damage lent by producing fertilizer or the damage that excess fertilizer runoff does to waterways.

This isn’t necessarily the way even high-yield commodity corn farming has to be; other studies have indicated that no-till farming, for example, can dramatically improve soil quality and reduce the need for quite as much fertilizer and irrigation. And that’s not even getting into, for example, crop rotation and other practices that can assist with soil health.

This particular study relies on a pretty significant amount of supposition in terms of climate, the way different soils across the varied topography of the United States retain nutrients—all that kind of stuff. But it does drive home that this system of draining and refilling the soil of its nutrients is an extremely expensive one.

There are many ex-monocrop and ex-fertilizer users/farmers that give seminars around the country on leaving a fallen crop on the ground to rot. This is what builds soil. But farmers like ranchers think someone is trying to put one over on them. So they go out and buy a couple of million dollars of equipment to make it faster to harvest the acreage they have planted. Soil quality be damned and you pay the price at the grocery store. You only need two pieces of machinery to plant a highly successful crop using the rotational model. But no, farmers and… Read more »