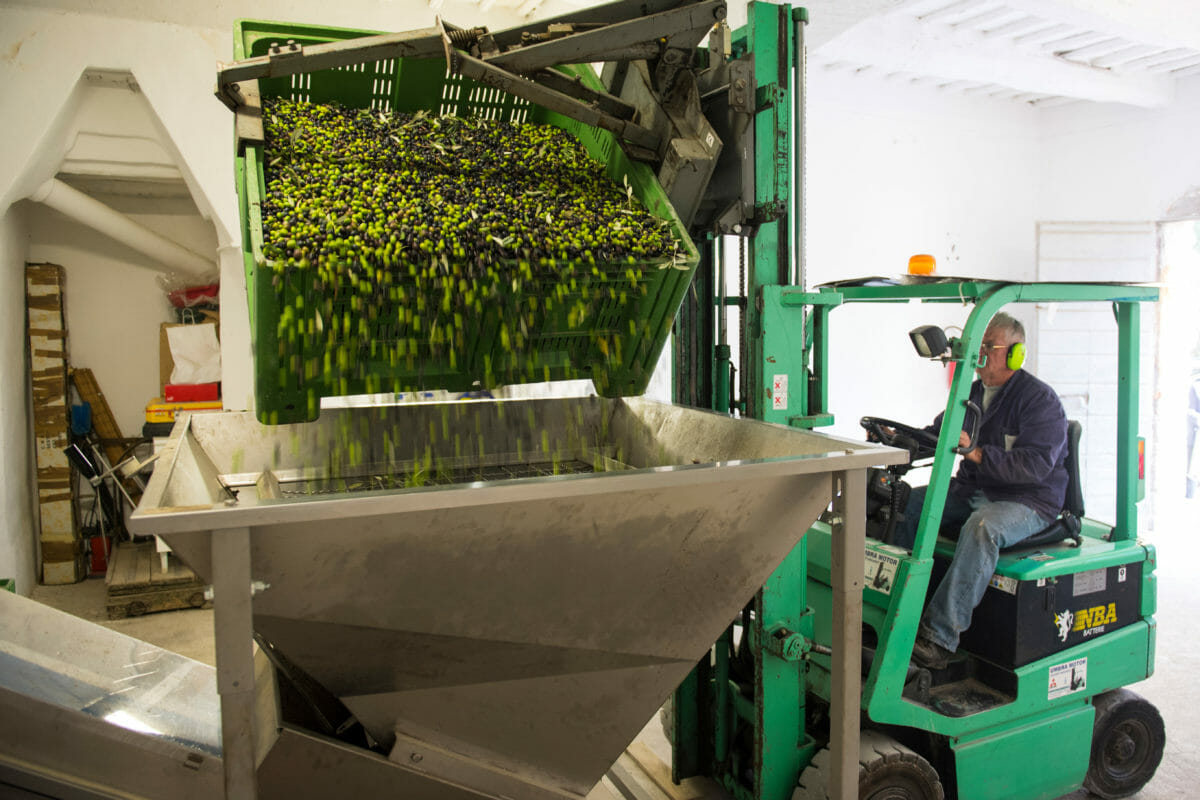 ROME – In a normal year, olive oil lovers from around the world join farmworkers in Umbria’s rolling hills to wake up at dawn and harvest the green fruit. But in 2020, COVID-19 has kept well-heeled tourists away, while nasty droughts have made the ancient practice of olive picking less predictable. To supplement their income in uncertain times, Italian farmers are getting creative, turning waste from the olive oil harvest into biofuels.

That’s exactly what has helped Vittoria Iraci Borgia of Agriturismo La Montagnola, an extra virgin olive oil estate near Perugia, survive a hard year for many in the industry. Borgia’s team collects a residue from the olive oil extraction process, known as pomace, from more than 30 olive mills throughout Umbria.

“Olive oil is only 10-15 percent of what the olive gives us,” says Borgia, who uses the pomace to generate electricity that powers the buildings on her farm. “The rest becomes a paste—and we can use it as biofuel.”

It’s a process not unlike one used by Marco Lucchi of olive oil producer Lucchi & Guastalli, just outside of Genoa. At a mill on his property, Lucci adds calcium to the pomace paste, using a formula he developed with Unieco, an Italian waste treatment company. The resulting mixture can fuel a biomass plant or be used as compost.

The extra revenue from the olive biomass has helped, Lucchi says, especially during a year in which restaurant closures put a dent in sales.

While Italian olive farmers are hopeful new vaccinations will end their COVID-related troubles, their drought problems are here to stay.

Droughts are now a way of life in Italy. Much of the country seesawed from parched during the summer to drenched, as heavy rain in September and October turned fields green just weeks before olive pressing began. Though hot and dry summers eliminate olive oil flies and other pests, erratic weather also leads to smaller olives or olives falling prematurely.

And then there are the windstorms, which shook trees in Sardinia.

“Producers [in Sardinia] told us they picked 30 percent fewer olives,” said Beatrice Ughi of online Italian gourmet food market, Gustiamo. “They started in mid-October, but there were windstorms of up to 100 kilometers per hour that caused the trees to lose olives. Our partners told us these winds were unheard of.” 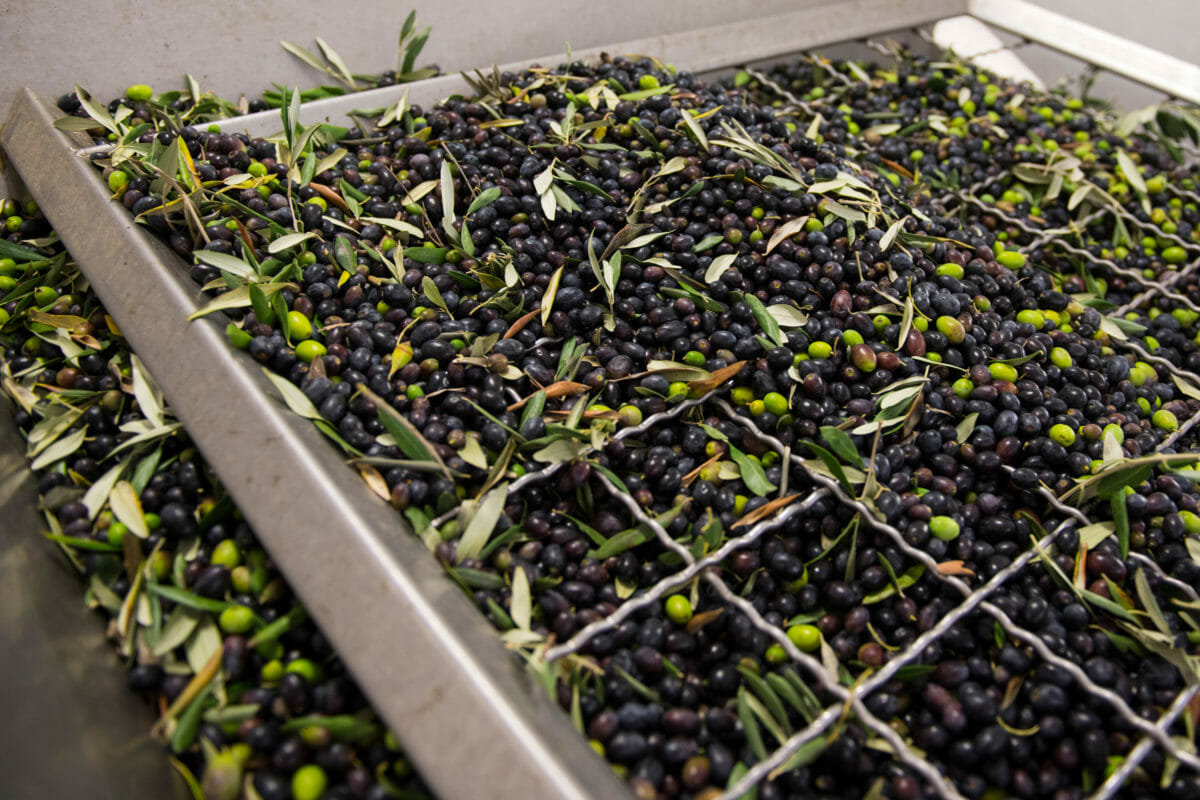 Dry spells and erratic weather cost Italian farmers up to two billion euros a year in lost revenue, according to a report by the Euro-Mediterranean Center on Climate Change (CMCC). Italian farm group Coldiretti forecast that the olive oil harvest will decline by 22 percent this year due to the drought. Small farmers worry about what droughts—and lower yields—will mean for the future.

To help them recover, the European Commission recently gave Italy a €211.7 million aid package to repair damage from severe weather events that hit the country in 2019. The funds form part of an ambitious plan announced in July to help EU farms become carbon neutral by 2040.

The Italian government, for its part, passed a decree in March 2018 encouraging the production of biomethane for road transport, said Andrea Marino of Italian olive oil trade group Federolio. After the government set market prices for the end product, olive growers around the country joined programs to feed pomace by itself or in combination with other agricultural waste to aerobic bacteria which then produce biogas, Marino explained.

It’s another way the Italian olive industry can make money while doing its part to battle the very changes in climate that are threatening harvests.

For Borgia, converting olive remains to biofuel is a way to help her neighbors while cutting carbon emissions.