They cite Heitkamp’s voting record, ties to energy and agribusiness, and opposition to environmental causes. 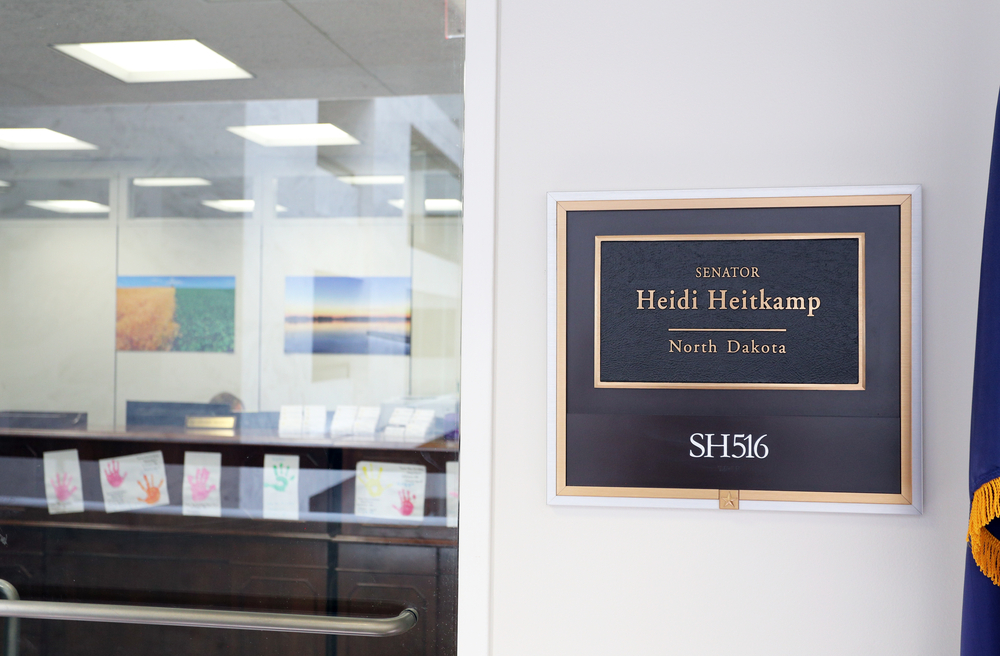 We’re still a ways off from the appointments of the various members of the incoming Biden administration’s cabinet, but there are whispers—and responses to those whispers.

On Election Day, the staff of Politico put together a list of possible appointees for the Biden cabinet. For the USDA, Politico’s frontrunner was Heidi Heitkamp, a former senator from North Dakota, who was defeated in her bid for reelection in 2018. In response, a huge list of progressive groups, including the Center for Biological Diversity, Farmworker Justice, Food & Water Action (the political arm of Food & Water Watch), and many more, penned a letter begging the Biden administration not to appoint Heitkamp.

Heitkamp amassed a record as a conservative Democrat who fairly frequently voted for Republican bills. During her Senate career, she voted in line with Trump administration policies more than 54 percent of the time. Heitkamp, according to this letter, “has aligned herself with corporate agribusiness at the expense of family farmers, supports fossil fuel interests, and holds views that are out of step with the Democratic Party and the majority of Americans.”

According to OpenSecrets, a repository of campaign contributions, Heitkamp has received significant funding from agribusiness, the energy industry, and the real estate industry. The fossil fuel industry has donated over $640,000 to Heitkamp, which the signers of this letter find troubling, as Heitkamp was one of nine Democratic senators to support the Keystone XL pipeline and has been pro-fracking during her tenure as senator. Heitkamp has also taken significant donations from agribusiness corporations including Bayer-Monsanto, Syngenta-ChemChina, and Cargill.

Her environmental record, as pointed out by the writers of this letter, is extremely conservative for a Democrat. The League of Conservation Voters gave her a career score of 52 percent on her environmental voting record; this was one of the lowest LCV scores any Democrat has ever had. She voted to block a carbon tax, had served on the board of a gas company, and after she was defeated for reelection, started a group which is described as pushing Democrats to the right on energy issues. She voted against an act protecting the country’s waterways, and co-sponsored a bill to exempt ag producers from reporting animal waste emissions. Heitkamp was actually floated as a possible USDA chief nominee under the Trump administration, back in 2016.

Progressives have floated Marcia Fudge, Congresswoman from Cleveland, Ohio, as a possibility for the USDA seat. Fudge has served on the Senate Agriculture Committee since 2011, and is currently the chair of the subcommittee focusing on nutrition—a boon for running the USDA, which uses 65 percent of its budget on the SNAP program.

This particular letter does not mention Fudge—though it does specifically suggest looking at a woman or a person of color, and Fudge is both—instead focusing on Heitkamp’s ties to agribusiness and the fossil fuel industry, as well as her unimpressive environmental bonafides. “Tapping Heitkamp for this position in the Biden Administration would enable the continuation of disastrous Trump-era food and farm policies, jeopardize President-elect Biden’s climate goals, and boost corporate agribusiness at the expense of family farmers, frontline communities, the environment, hungry families, and animal welfare,” the letter reads.