Black farmers have experienced centuries of forceful racism. This bill aims to change that. 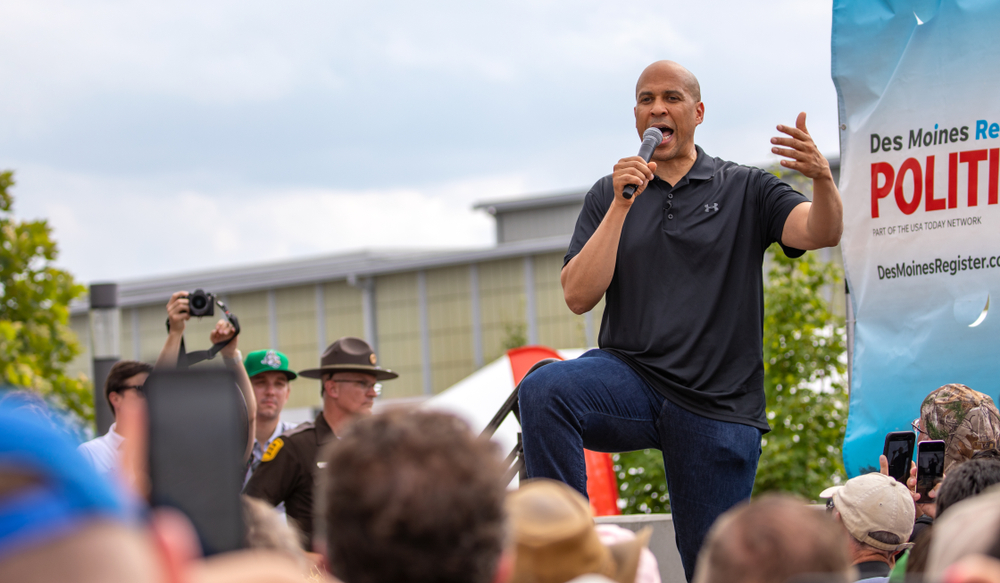 Black Americans were, in the late nineteenth and early twentieth centuries, a major force in agriculture. Since then, policies have systematically pushed Black farmers out of American agriculture, and kept them out. A new bill from Senators Cory Booker, Elizabeth Warren, and Kirsten Gillibrand, called the Justice for Black Farmers Act, seeks to change that.

Black agricultural landowners have lost 98 percent of their land, some 12 million acres, over the past hundred years. Following the Great Depression, the New Deal doled out loans and grants to help farmers keep their land, but those in charge of distributing that assistance were white, and Black farmers were frequently denied loans and shut out of the process. The machinations of government agriculture agencies was often opaque and overlooked by the general public, and the great dispossession of Black farmers went on steadily under the radar.

The new bill seeks to address some of these problems. As Mother Jones reports, the bill would spend $8 billion per year on buying land on the open market, to be granted to Black farmers, specifically small farmers (there’s a maximum of 160 acres per grant). That money would also be used to increase funding to agricultural programs at historically black colleges and universities; thanks to an 1890 bill, HBCUs had their funding significantly limited compared to many non-HBCU land-grant schools, and a 2013 study found that even today, HBCUs received significantly less funding than white schools.

There’s also some funding for nonprofits and other groups that help beginning farmers get up and running, which is a major barrier for entry for the new farmers this country desperately needs. (The average American farmer is 58 years old and rising.) And there would be a new corps founded, a program devoted to getting disadvantaged young adults into USDA-funded apprenticeships.

The Justice for Black Farmers Act wouldn’t single-handedly erase racism at the USDA, but observers say it could be a good start in correcting some of the wrongs in the agency’s past. As for whether the bill could actually pass through Congress, that’s not easy to say; it is a Democrat-penned bill, and Democrats may not hold a majority (or 50/50 split plus the Vice President to break a tie) in the Senate depending on the outcome of January’s runoff elections in Georgia.

Okay so people willing to sell their farmland or is it going to be if you won’t sell it we will do a mandatory buy back? So you are going to give free land to people based on their race that someone is going to have to pay for (insert tax payer here). Spend more money we don’t have for a feel good program that does not deal with real problems? Democrats buying votes again. Always willing to spend money as though there was an endless supply.

Popular
Is Agroforestry the Key to Hardier Row Crops?Shea Swenson
7 Smokable Plants You Can Grow That Aren’t MarijuanaBrian Barth
Goat Sex: Everything You Wanted to Know But Were Afraid to AskAndrew Amelinckx
Why Don’t We Eat Turkey Eggs?Dan Nosowitz
6 Differences Between Llamas and AlpacasAndrew Amelinckx
Explore Modern Farmer
Related
Animals, Environment, Technology
Alaskan Salmon Face a Stream of New MinesBecki Robins
Labor, Politics
For Young Farmers, Land Access Will Make or Break the 2023 Farm...Emily Baron Cadloff
States Mull Limits on Foreign Ownership of FarmlandJohnathan Hettinger
As COP27 Comes to a Close, Agriculture Initiatives Are Top PriorityShea Swenson
wpDiscuz
We use cookies on our website to give you the most relevant experience by remembering your preferences and repeat visits. By clicking “Accept”, you consent to the use of ALL the cookies.
Cookie settings ACCEPT
Privacy & Cookies Policy