Tainted Rye May Have Been the Real Culprit of the Salem Witch Trials - Modern Farmer
Food & Drink, Plants

The eerie turn of events may have roots in agriculture. 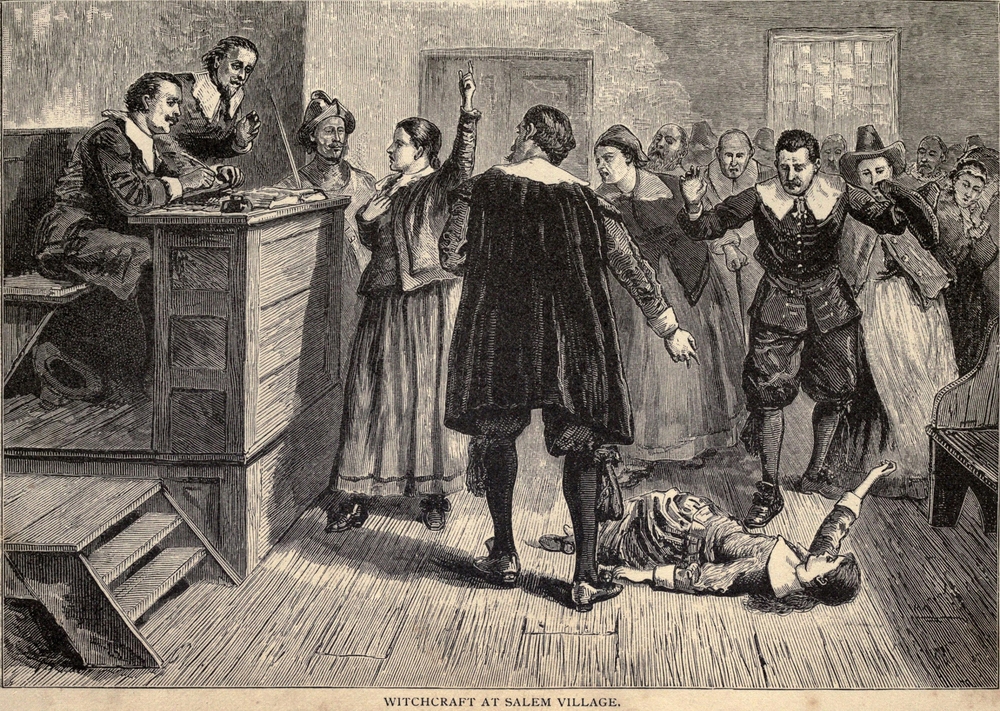 Who would have thought that fungus infested bread could cause such a frenzy?
Photography by Everett Collection on Shutterstock
Share
Tweet
Pin
Email
1K Shares

The Salem Witch Trials have confounded historians for centuries. Experts have debated what caused this dark chapter in seventeenth century history that saw 20 people executed after they were accused of bewitching girls in Salem, Massachusetts.

Some think a nearby battle in the Native American Wars may have contributed to the hysteria that consumed the town. Others believe the bewitched girls were simply acting up out of a sense of teenage rebellion. But another theory is that these events may have been kicked off by an agriculture-related cause: bread that contained a hallucinogenic fungus called ergot.

The trials began in the spring of 1692 after two girls in Salem were reported hallucinating, throwing fits, making strange sounds and contorting themselves. Similar experiences were recorded among six other girls and a total of 150 people were accused of witchcraft in the subsequent trials. In the 1970s, Linnda Caporael, a graduate student at the University of California at Santa Barbara, came up with the theory that these girls were acting this way because they ingested the fungus ergot. This fungus can grow in rye, wheat and other cereals, and if consumed can cause an affliction called ergotism. Some of the symptoms of ergotism include muscle spasms, psychosis, double visions, nausea and sweating—not unlike what these young girls were supposedly experiencing.

Ergot thrives in warm, damp climates. Caporeal, who is now a professor at the Rensselaer Polytechnic Institute, made her case in a paper that argued there were swampy-like weather conditions in the village’s western region during the year before the witch trials started, which would have let the fungus thrive. She also noted that the first two girls were probably fed grain that grew from that area and that the others lived in the west.

Some academics have agreed with Caporeal, but a number have also disputed her theory. Nicholas Spanos and Jack Gottlieb, a pair of psychologists in Canada, most notably wrote a report that looked to dismantle certain aspects of the ergotism argument. They claimed that this kind of ergotism usually occurs in populations that have a lack of vitamin A in their diet, but because the village was located on the eastern coast, they say the people would have access to fish and other imports that would have prevented deficiency.

They also said that if ergot was in the food supply, the symptoms would have been experienced on a house-by-house basis and not in select individuals. And common symptoms like vomiting, diarrhea and discolored skin did not present themselves in the afflicted people. Spanos and Gottlieb point to witness accounts that said the girls normally until prompted by when an accused individual entered a room. If they had ergotism, they say this behavior wouldn’t have been expressed this way.

Caporael’s theory isn’t the only agriculture-related one that has been considered by academics. Suzy Witten, the author of The Afflicted Girls, argues that the victims could have been poisoned with jimson weed. The plant, which is part of the nightshade family, can cause hallucinations.

While there are many theories, the mystery persists around what could have caused the Salem Witch Trials. We may never know why they happened, but we can take some comfort in knowing these events—which inspired some pretty scary movies—weren’t caused by actual witches. (At least I hope so.)

Alright, I’ll be the first one to say it. It is deeply sinister to try so hard to find some reasoning for what could posses a group of people to act in such horrifying ways. Just accept that when accountability is low, humans can give even Satan a run for his money.

Is supposably now an acceptable word in English?

This has LONG been disproven as a theory. Why do people keep returning this nonsense?

After watching the Democrat Partys behavior for the past 4 years..I completely understand why and how the Salem witch trials came about..

This has been disproveb since first theorized.
1. No record of digestive issues in the accusers
2. Repeated poisoning can cause death. No one died
3. The rye affected no other household members besides these girls .

I am sorry to say that this theory was debunked by Salem Witch Trials Experts, but it still persists.
https://youtu.be/8rCTLddefno

Seems like the hysteria at the Salem Witch Trials are quite similar to the hysteria voiced these days by the Fox (not) news.