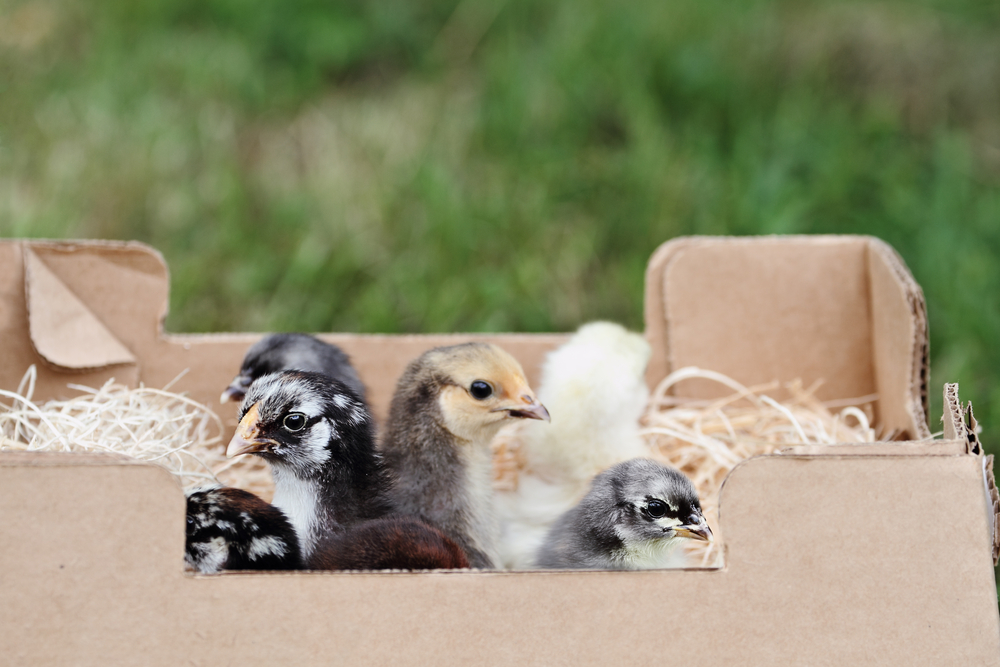 The mail has not been kind to chicks recently.
Photography by Stephanie Frey on Shutterstock
Share
Tweet
Pin
Email
2K Shares

Democracy isn’t the only thing postal delays are endangering during the pandemic.

Poultry experts say growing numbers of mail-ordered chicks have been dying before reaching their intended destinations. The US Postal Service has let hatcheries ship chicks through the mail since 1918. It’s a common practice and in normal times, it usually works pretty well. Hatcheries ship chicks immediately after they hatch in ventilated boxes, and they can typically survive for up to 72 hours without water and food, as they consume the yolk sac from their egg.

But recent changes to postal services and delays have resulted in more chicks arriving dead.

In Maine, farmers have received at least 4,800 dead chicks in recent weeks, according to the Portland Press Herald. The deaths have caused significant financial losses for poultry farmers in states, such as Maine, that don’t have any hatcheries and depend on ordering chicks through the mail. US Rep. Chellie Pingree, a Maine Democrat, has raised the issue with Postmaster General Louis DeJoy, who has come under fire for cutting postal services in the run up to the election.

Turkey farmers, who are starting to gear up for Thanksgiving, say mail delays have also resulted in turkey chicks arriving dead.

In the beginning of August, a group of poultry specialists from Purdue University published a guide for buying chicks online. Since the start of the pandemic, a rising number of people have bought chicks to start their own backyard coops. In March and April, chicks were a hot commodity as feed stores and hatcheries across the country were selling out of them.

Purdue experts are encouraging buyers to hold off on ordering chicks online during the pandemic, as the mail is taking so much longer. While this might not be an option for poultry farmers, specialists suggested exploring other alternatives such as ordering fertilized eggs from a hatchery.