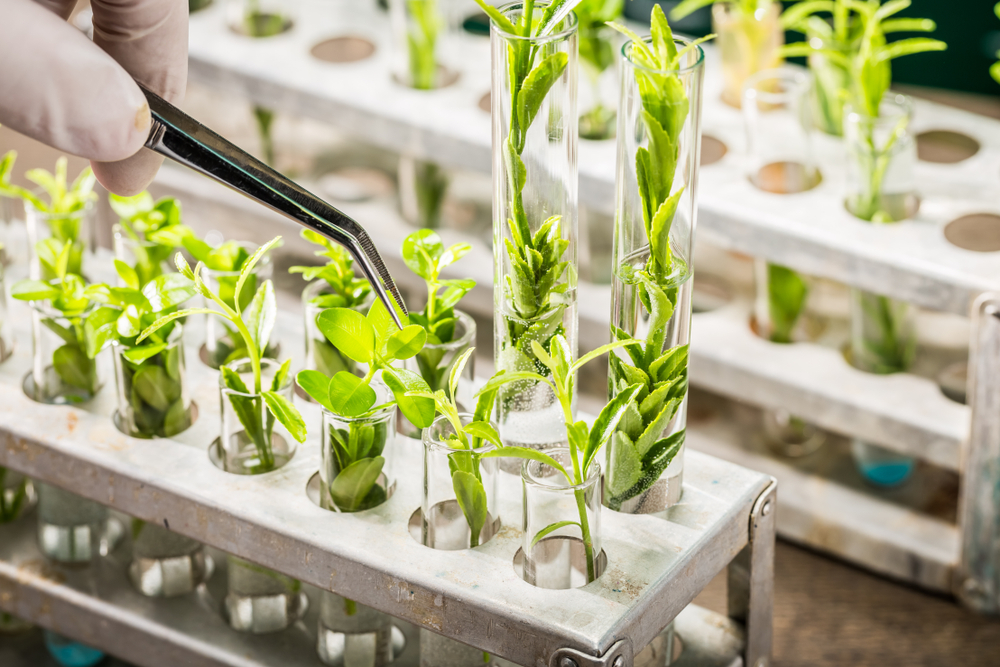 The number of professionals within public breeding programs is shrinking.
Photography by Shaiith on Shutterstock
Share
Tweet
Pin
Email
205 Shares

Plant breeding has been peddled as an important weapon in the fight against food insecurity. Tapping into a crop’s genetics lets scientists create new and improved plant versions that are more resilient to drought, rising temperatures and pests.

Across the United States, breeding programs in public institutions like universities play a big role in this process and train the next generation of plant breeders. But recently released research shows the industry could be at risk. A new paper, published in the journal Crop Science, finds that the number of breeders in these  programs is shrinking significantly.

Researchers at Washington State University conducted a survey in 2018 of 278 different public sector plant breeding programs across the country and found many were short on funding, staff and breeders in training. To top it off, the majority of breeders leading these programs are also reaching retirement age.

The survey shows that over the course of five years, public breeding programs experienced an estimated 21.4 percent drop in full time employees, who were program leaders, like principal investigators or scientists with responsibilities that included designing, planning, managing and conducting breeding activities. Program support staff, who work in greenhouses, labs or as field technicians, also decreased by an estimated 17.7 percent.

The study also found that plant breeders are on average only getting older, and there isn’t much of a succession plan in place for many of them. Of the plant breeders leading these programs, 62 percent were 50 years old or older, 49 percent were 55 or older and nearly 34 percent were over the age of 60. And almost 44 percent of programs said they would not be readily able to replace lead plant breeders if they retired.

Kate Evans, a Washington State University professor and pear and apple breeder, who led this research initiative, says these findings were not surprising to her, but they are very concerning given the importance of plant breeding.

“Most of the food we eat today is a result of plant breeding… But what we see more and more is as our plant breeders in public institutions retire, those programs are discontinued,” she says.

A number of studies have warned that breeding capacity in public programs has been dwindling across the country, as governments have failed to fund them properly. Many plant breeders have complained that budget constraints have affected their work. Of the breeding programs polled in the recent survey, 39 percent said they didn’t have enough funding to hire graduate students or post-doctoral researchers, 30 percent said they couldn’t hire support staff and 27 percent said budget constraints posed a challenge to accessing advanced scientific personnel like consultants.

Evans says one common frustration with funding is that current models under local and federal government don’t take into consideration that breeding initiatives are not typical research initiatives.

Evans says she hopes her findings will shed some light on much needed support that public plant breeding programs require and will motivate the USDA and other levels of government to take action. The consequences otherwise could be very serious for food security. Without a strong public plant-breeding sector, she says, the US could potentially start failing to effectively feed its people.

This is a genuine, important issue, that doesn’t get talked about very much. There are a few consequences of this negative trend. One is fewer new varieties in the public domain.
Plant breeding hasn’t gone away completely, but most of it is being done now by the private sector. Developed-world agriculture will still have access to the latest varieties because they can afford them. But farmers of less means (i.e. developing countries) are less likely to have access to them.