How does this affect agriculture? 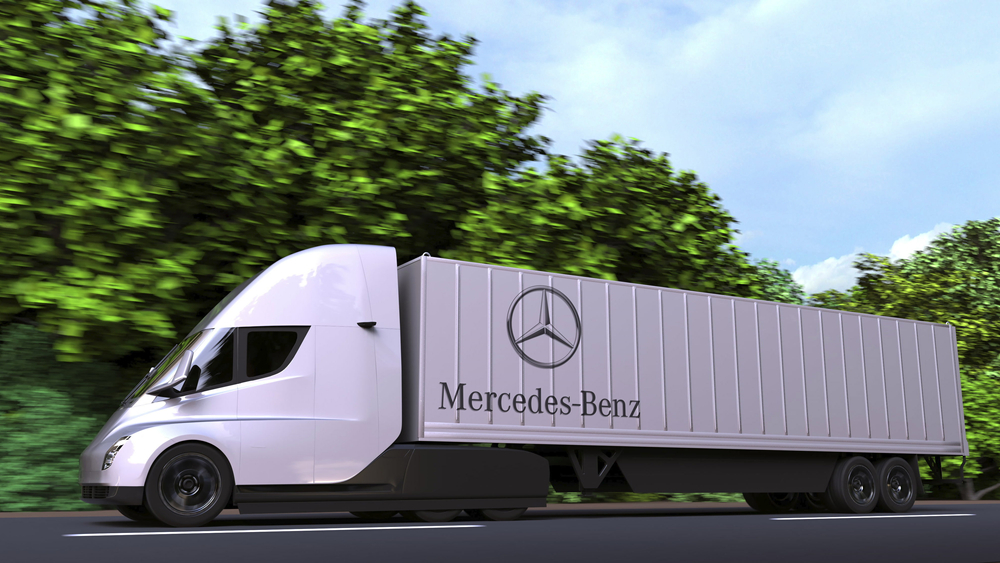 A coalition of 15 states, as well as Washington, DC, announced their intention to push the adoption of electric medium- and heavy-duty vehicles, including trucks.

Agriculture is, according to the USDA, the single largest sector user of freight shipping, which means an awful lot of trucks. This new plan—or, really, the beginnings of a plan—will have major effects on the industry if enacted.

California, the country’s most populous state and also its most valuable agricultural state, is at the forefront of this push, and begs the question of how a commitment to electric vehicles will affect agriculture. As of 2012, 22 percent of all commodities shipped in the United States were agricultural products, including prepared foods, cereal grains, and wood. About 75 percent of those products were carried by truck.

The coalition came together following an announcement from California about a month ago, laying out plans to require increasing percentages of electric vehicles. That original plan, according to the New York Times, would ramp up from its start in 2024 so that 100 percent of all trucks purchased in California would be electric by 2045. The coalition of the 14 other states has not, according to the Associated Press, fully worked out the details, and may or may not precisely follow California’s lead, but does place a goal of 30 percent electric by 2030 and fully electric by 2050.

The states that joined this coalition are important, but not massive, agricultural states; of the list, only North Carolina cracks the top 10 in terms of dollar earnings from agriculture by state. But many of the states are leaders in certain parts of the industry, like New York with dairy, or Washington with apples and stone fruits.

Farm groups have not been aligned on the issue of electric heavy vehicles. The American Farm Bureau has pushed back on large-scale investment in electric vehicle infrastructure, primarily due to fears of cuts in the market for biofuels. Roughly 40 percent of American corn is grown for and refined into ethanol, and any major shift to electric vehicles would mean a huge dent in the market for corn.

Agriculture, unlike other industries like ecommerce, is primarily rural, which presents issues for electric vehicles. Significant infrastructure would have to be built to ensure that electric trucks can charge up for agricultural shipments. This isn’t to say it can’t be done; it’ll cost money, but the benefits in terms of energy independence and public health are clear. (There’s also about $50 million from the Volkswagen fraud settlement which has already been allocated for electric vehicle infrastructure.)

Availability of the actual trucks is also currently pretty low. Small consumer trucks, pickups and the like, are starting to trickle into the market, but large hauling semi trucks are further away from release, let alone mass adoption. This is, of course, simply the current state of things; electric trucks are in development from large and small automakers alike. Daimler’s electric Freightliner semi is already out in the world, albeit in a smallish testing phase.

To truly move America’s freight shipping from fossil fuels to electric is a monumental task, but one that’s already happening. These goals, once they’re ironed out and if they’re enforced, could make it possible that crops and other agricultural goods are shipped solely with electric vehicles.

Has the modern farmer asked herself when she will be required to exchange her capital goods for battery-powered one ? Or do we think ethanol might become a niche fuel, for farmers and Nascar ?

Electric vehicles today are a great option for protecting the environment, especially if we are talking about trucks.There are many difficulties with the implementation of this idea, but if you think through everything step by step so that efficiency does not suffer from this, it would be great.

Popular
7 Smokable Plants You Can Grow That Aren’t MarijuanaBrian Barth
New Solar Panels Allow Farmers to See the LightNaoki Nitta
6 Differences Between Llamas and AlpacasAndrew Amelinckx
This Modern Farmer Wants You to Grow a New Potato StrainBevin Cohen
The Cold Swim HomeMarcie Callewaert
Explore Modern Farmer
Related
Environment, Labor, Water
California Farms and Farmworkers Attempt to Recover From Record FloodsNaoki Nitta
Aquaculture, Technology
Can Interactive Mapping Tools Guide Shellfish Restoration?Bridget Shirvell
Animals, Health, news, Technology
First Vaccine for Honey Bees Approved by USDAEmily Baron Cadloff
Environment, Pests, Plants
This Teen Farmer Turned a 4-H Project Into a Startup BusinessEmily Baron Cadloff
wpDiscuz
We use cookies on our website to give you the most relevant experience by remembering your preferences and repeat visits. By clicking “Accept”, you consent to the use of ALL the cookies.
Cookie settings ACCEPT
Privacy & Cookies Policy