This California Farm Helps The Homeless Get Off The Streets - Modern Farmer
Food & Drink, Plants

This California Farm Helps The Homeless Get Off The Streets

At Homeless Garden Project, seeds are planted and lives are transformed. 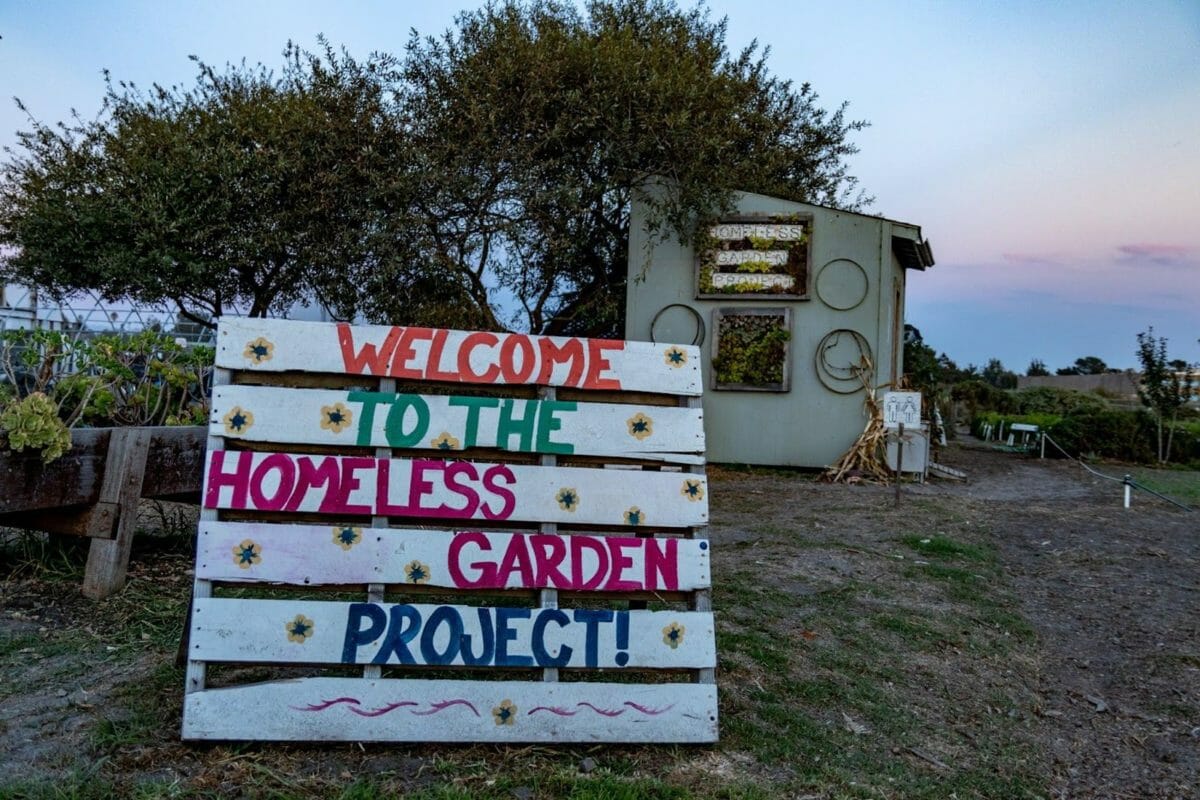 Michael Laffoon has a vivid memory of the day he decided to piece his life back together. “I literally woke up in my van and I thought ‘I can’t do this anymore because I’m going to die,’” he says. “It was just an overwhelming feeling that I had come to the end of a chapter.”

For eight years, the Santa Cruz, California resident grappled with a serious crystal meth addiction and drifted in and out of homelessness. It was a frustrating, impossible lifestyle. In 2007, Laffoon learned about Homeless Garden Project at a kitchen where he was volunteering. The not-for-profit aims to lift people living on the streets of Santa Cruz out of homelessness through farming. The end goal is that they will leave the farm with stable housing and a full-time job.

After a year and a half of being in the program, Laffoon was able to secure employment and stable housing. He later obtained a degree in horticulture.“It was the first step back into normal society—the first open door,” he says.

Eventually, he landed a job as a property manager for 48 residential properties in Santa Cruz. Out of those 48 units, 44 were converted into section-eight, low-income housing, which provided people who were previously homeless with a place to call home. He’s now semi-retired and picks up landscaping gigs in his spare time. 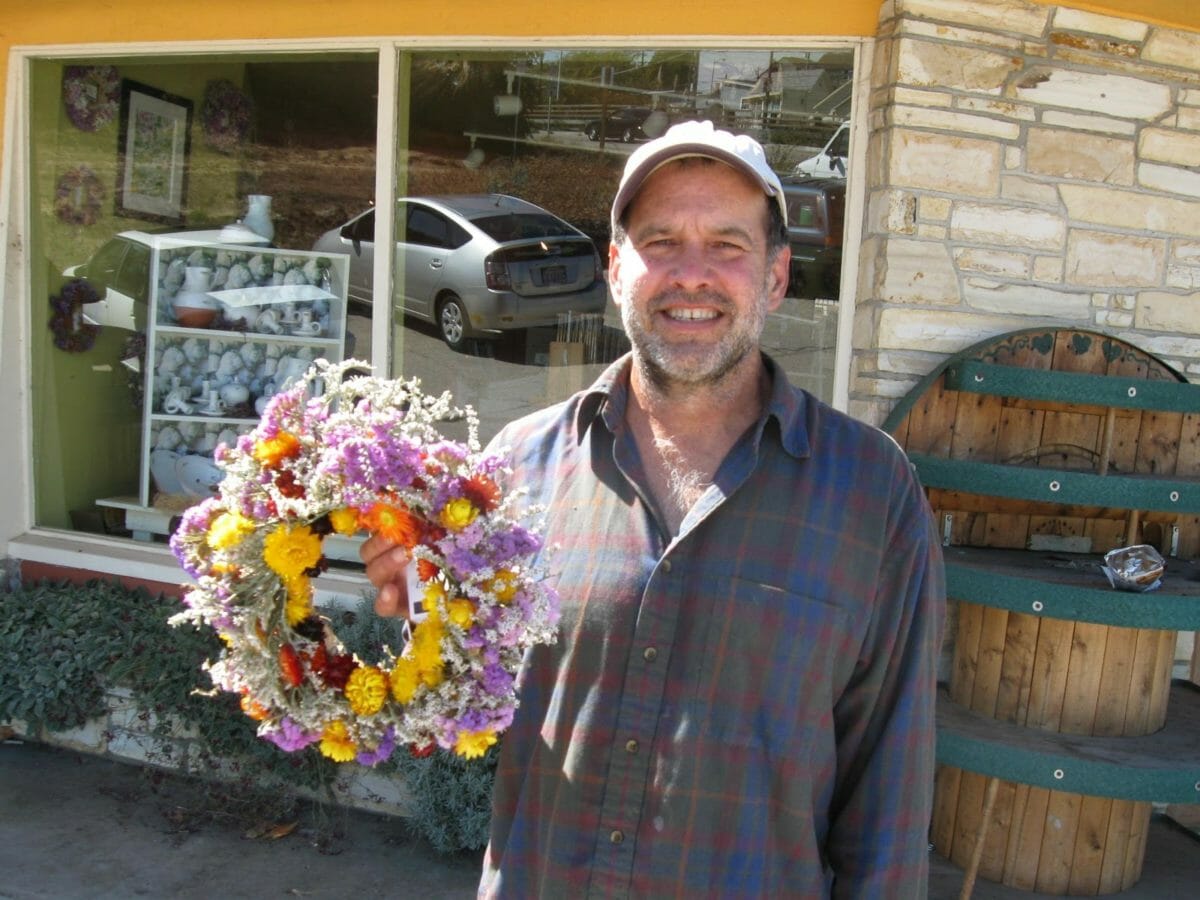 Paul Lee, a local philanthropist and former University of California Santa Cruz professor, founded Homeless Garden Project in 1990. He had spent a night in Santa Cruz’s first shelter and realized residents were deprived of an environment that allowed them to dream of a better future.

The project’s structure has evolved, but currently consists of a one-year enrolment period for participants. Trainees are employed to grow fruit, vegetables, flowers and herbs on the farm for 20 hours a week. They get paid a wage, are given basic job skills training and are matched with a social worker to work through specific goals.

Since its inception, Homeless Garden Project has helped close to 1,000 people. Over the past five years, 96 percent of graduates have obtained jobs or stable income and 86 percent have found housing. The farm is on 3.5 acres on the western outskirts of Santa Cruz.

The project’s staffers say that the project has always had a strong element of community, which is central to the healing process of its trainees, as they often feel like they’ve lost their sense of belonging. Laffoon says that while he was homeless, he spent a lot of his time “trying to be invisible” and felt secluded from the rest of society. The project gave him meaningful work and a sense of belonging, which helped him get back on his feet.

The Homeless Garden Project farm sells the produce it grows through a CSA and a farmstand to local residents and restaurants. Trainees also make a number of products such as wreaths, candles, jams, soaps, oils and creams, which are sold in their two retail stores as well as a few local businesses.

Ella Fleming, the project’s farm manager, has seen how growing food can have a life-changing and inspirational impact for trainees. There’s a parallel, she says, between the growing season of a plant and the growth of a trainee.

“Folks will come to us with so much trauma … we can provide a place where it’s safe, it’s nurturing, it’s healthy and there’s an exchange that happens,” she says. “When you’re caring for a plant to try to get it to thrive, you’re also giving yourself some self-care to know that you can thrive.”

Fleming adds that she knows that not all of their trainees will become farmers, but the skills they learn in the field provide a solid foundation. This rings true for Laffoon. And although he says he never thinks about where he would be without Homeless Garden Project, he feels a tremendous amount of gratitude for the role it has played in his life. He currently serves on the project’s board of directors to provide guidance.

In the future, the organization has plans to move the farm to the city’s Pogonip greenbelt area. With up to 9.5 acres of land, the expansion will allow the program to triple the number of people it serves.

I’m interested to know WHERE your homeless enrollees live/sleep while they are working on the farm? Thanks for your reply.

A beautiful story, so very inspiring thanks for printing this. California has such a terrible homeless problem, which most news outlets are not willing to talk about, neither do the Politicians.
It’s hopeful that there are programs like this that want to help. I would love to read more content like this, thanks again 🙂

interested in promoting something similar in Annapolis, MD. Please post more info about the scheduling of plantings and types of training you give clients.

We need MANY more of these in CA, period. There’s a tremendous number of homeless, can see them most anywhere you go.

Wonderful project! Just wondering if a name that didn’t focus on people’s present circumstances might be a little more inspiring. Rather than using ‘Homeless’ in the name perhaps a name like ‘New Horizons’ or ‘Fresh Starts’? Thanks for the all the positive you do for so many! Made my day:)

I loved this article. Thank you for helping people who are experiencing homelessness. I work for a mental health facility where we created an organic garden. The food that is harvested is donated to our food pantry. I have personally witnessed how being a part of the garden changes lives, it is almost magical.

I love this… can we replicate this in our areas !!!??? May in unison with city repair programs like MArk Lakeman is doing in Oregon <3

I am curious how transportation to and from the encampments and shelters people are living at during their time in the program is achieved.

Popular
The Fertilizer Shortage Will Persist in 2023Shea Swenson
7 Smokable Plants You Can Grow That Aren’t MarijuanaBrian Barth
Agricultural Runoff Pollutes Well Water, a ‘Public Health Crisis In the Making’Madison McVan, Investigate Midwest
Why Don’t We Eat Turkey Eggs?Dan Nosowitz
Move Over, Mezcal. A Sustainable Tequila Alternative Is Taking Over.Hollie Stephens
Explore Modern Farmer
Related
Features, Food Security, Labor
The Rise of Virtual Farmers MarketsLeah Borts-Kuperman
Features, Food & Drink, Fungi
Could New York Become the Mushroom State?Sara Foss
Environment, Labor, Water
California Farms and Farmworkers Attempt to Recover From Record FloodsNaoki Nitta
MTMF, Plants
This Modern Farmer Wants You to Grow a New Potato StrainBevin Cohen
wpDiscuz
We use cookies on our website to give you the most relevant experience by remembering your preferences and repeat visits. By clicking “Accept”, you consent to the use of ALL the cookies.
Cookie settings ACCEPT
Privacy & Cookies Policy