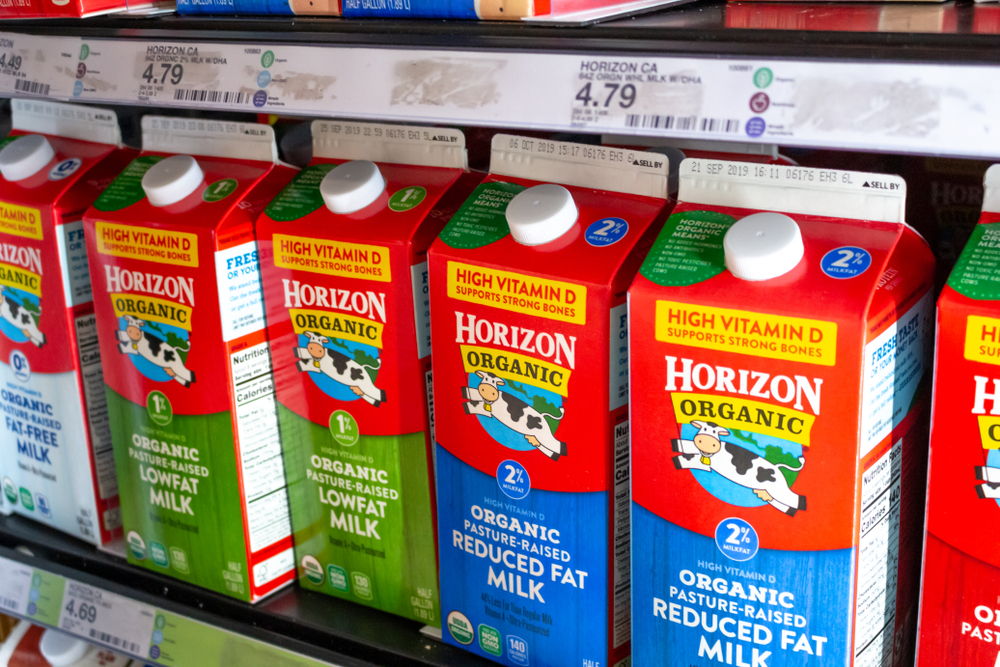 We hear a lot of bold plans for reducing carbon emissions; Microsoft, for example, announced one just a few weeks ago.

But large-scale agriculture is both more in our wheelhouse and more attention-grabbing, given the many calls to move to a plant-based diet for the future of the planet. Now the largest USDA certified organic dairy, Horizon, has announced an extremely ambitious plan to become not only carbon neutral, but carbon positive, all by 2025.

First a quick word on that phrasing. The idea with the phrase “carbon positive” is that, through regenerative practices, the use of renewable energy, sequestration of carbon, and various other good practices, these companies will go a step further than carbon neutrality. Carbon neutrality would mean that the company sequesters as much carbon as it releases; carbon positivity would mean that it sequesters more carbon than it produces. Thing is, that same concept has been referred to as both “carbon positive” and “carbon negative,” two terms which should mean the opposite of each other but seem to mean the same thing, at least for now. Confusing, but, you know, a good goal.

Anyway! Horizon Organic is currently owned by gigantic French corporation Danone, which for some reason sells some of its products with the spelling “Dannon” in the United States. Horizon is massive, and the largest supplier of USDA certified organic milk to grocery stores in the country, but has not been without controversy; in 2006, Horizon was accused of violating various organic policies, and the Cornucopia Institute says they refused to answer basically any questions about their practices. From the Cornucopia Institute: “This brand is known or suspected to be practicing outside the letter and the intent of organic rules and regulations. They were the least transparent in Cornucopia’s investigations and there is some indication they are purposefully being secretive about their sourcing.”

Last week, Horizon announced its plans: transitioning to 100 percent renewable energy in its production, setting up regenerative agriculture practices like cover crops, providing $15 million in grants to its suppliers to institute new machinery for sequestration of carbon, and having a third-party auditor verify all of that.

GreenBiz spoke to some experts who essentially confirmed that all of what Horizon proposed is possible, and not necessarily even outlandish. Horizon’s estimates for its carbon reductions are within expected ranges for the dairy industry. The third-party auditor, the Carbon Trust, has some controversy of its own in the UK, according to a 2012 feature in the Guardian.

So the actual results of all of this are a bit of a case of wait-and-see, but it’s being lauded as a worthwhile, achievable goal, that could inspire more of the large organic companies to follow suit.

The author of this article seems confused that Horizon is an actual dairy farm. They are not. They are a dairy processor, the actual farming and producing of milk is done by suppliers to them.

When did someone decide we could not figure out how to open a milk carton without adding more plastic to the mix? These companies have no idea what every bit of plastic does to the earth.