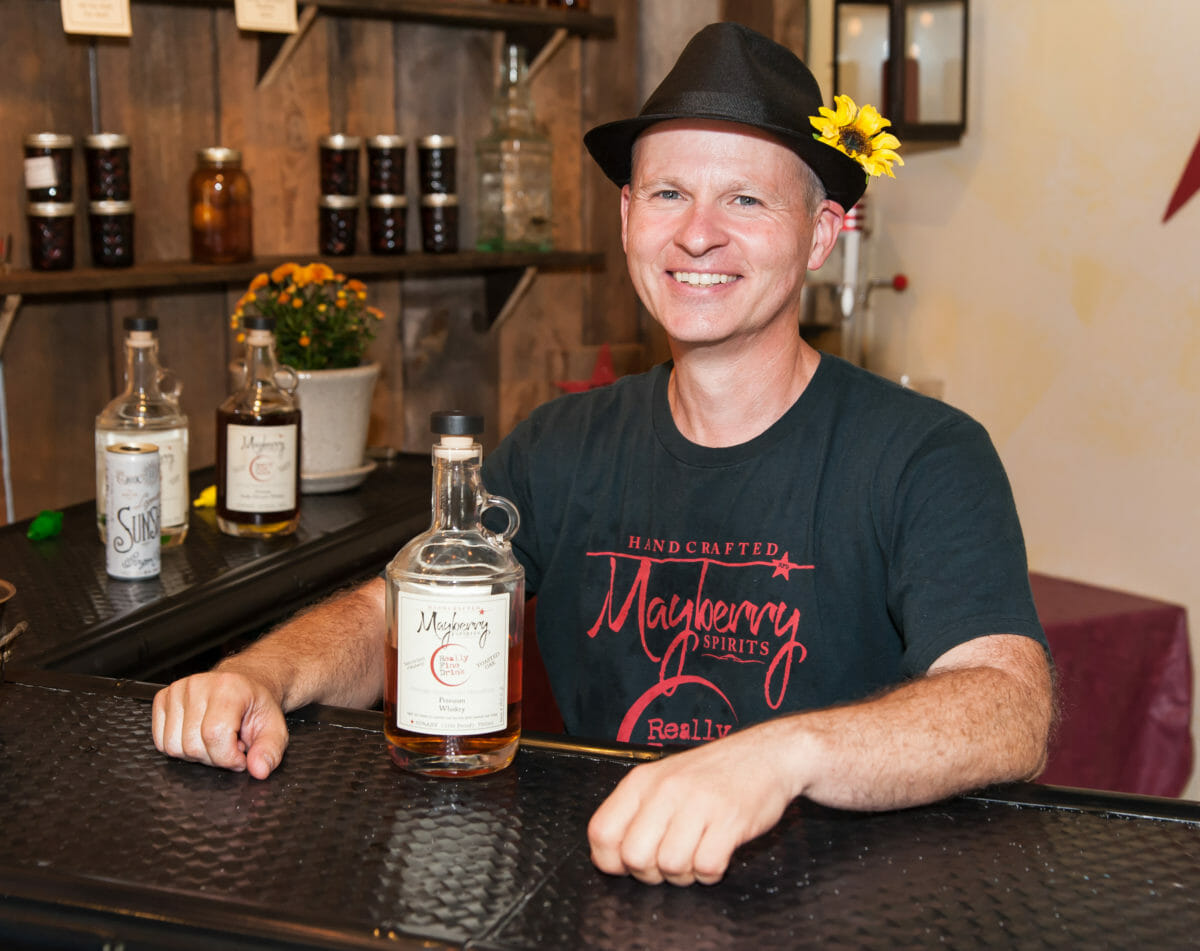 Talking to Vann McCoy, you’d never guess he spent 25 years as a Cistercian monk. McCoy’s ebullient personality seems a far cry from popular ideas about monastic life—vows of silence, solemnity, other-worldliness. Considering the topic of our conversation—distilling liquor—the connection begins to make sense, however. Monastic orders like the Cistercians, while leading a contemplative life, are also renowned for “spiritual devotions” of a different sort: producing artisanal beverages from abbey ales and champagne to brandies and liqueurs. In fact, Irish monks are credited with producing the first whiskies during the Middle Ages.

Born and raised in Mount Airy, North Carolina, the hometown of Andy Griffith (and inspiration for the “Mayberry” of Griffith’s classic TV series), McCoy left high school at the age of 16 to study astrophysics at Georgia Tech. But he “got tired of the stars very quickly and decided to move on to the heavens,” thus shifting his studies to a classical liberal arts education, which ultimately led him to take vows as a Cistercian monk.

“The Cistercians attracted me in a big way,” he says. “They were focused on the highest things, from an objective standpoint—prayer, study, doing good for others, spending time with the best things of our history, tradition, civilization and living a life that was proven over a thousand years to have a beautiful balance and structure, and make you into a good person.”

After 25 years in the order living in monasteries throughout Europe and the US, McCoy returned to Mount Airy to care for his ailing mother. He then began thinking about how to live—and make a living—in the world outside the monastery while remaining true in spirit to monastic ideals. McCoy strives to adhere to four in particular in his current life: resourcefulness, stewardship, the pursuit of excellence and hospitality.

As he explains, monastic orders in the Europe of the Middle Ages practiced the original sustainable agriculture. Besides making booze, monks grew, raised or produced just about everything else, too. “Caring for the environment was a central theme…. We were conservationists from the beginning, from managed forestry to our fisheries to the land,” he says. “Living in that context and then returning to the states, my mind was very much formed in that we need to take care of all of our resources.”

So, after returning to the community of his youth and keen to contribute to it as a businessman, McCoy decided to open a distillery with co-owner and operator Steve Cox. McCoy’s environmental ethos and spirit of resourcefulness is evident everywhere at Mayberry Spirits, from the hardware in the distillery itself—some of it repurposed surplus kitchen equipment from a state prison—to the actual building, a former textile mill. Much of the rustic wood décor and interior come from two tobacco barns slated for destruction and removed piece by piece.

Mayberry’s current line of spirits, sorghum whiskies mostly, are as unique as McCoy himself. When McCoy and his business partner set out, they didn’t intend to use sorghum, thinking they would use corn and other grains. However, after watching a demo of sorghum molasses production at a local traditional skills farm, McCoy was intrigued. Following some experimentation, he settled on a syrup made from the sorghum grain (not the sorghum juice used for making molasses). Sorghum is a grain that people have eaten and fermented for centuries, and in recent years, there has been a growing number of American craft distillers (mainly in the south), who are using it to make whiskey.

“It made this awesome product, that, unlike most whiskies—which have a little bit of bite, a little bit of burn, a little harshness to them—the sorghum product ended up having a very silky mouthfeel with a smooth finish, which you don’t think of in the whiskey world,” he says. “The base product is much closer to agave and sugar-cane molasses, and your initial product off the still is much closer to tequilas and rums.”

The more McCoy studied sorghum, the more he found it had a lot of other qualities that made sense to him, especially when it came to sustainability. Growing sorghum as a crop uses less water than other grains and it’s drought-resistant, according to McCoy. It also happens to be a completely gluten-free plant.

Going forward, McCoy plans to make beverages produced from local fruit, namely apples, peaches and grapes. Wines and fruit brandies may be more in keeping with his monastic heritage and tradition. McCoy points to a door and tells me that behind it is 150 gallons of Chambourcin wine he’s going to distill into brandy next week, age in pecan and hickory wood, and add just a hint of orange blossom honey to. “It’ll be a very unique product,” he says.

A final item McCoy offers, addressing his virtue of hospitality, is a distillery tour and one-man variety show. The tour and show last a little over half an hour, but they thoroughly entertain as they inform visitors about the history and process of distilling whiskey. On the experience, McCoy concludes, “If it’s good, it will also make your product taste better. Because at the end, at your tasting, you’ve enjoyed your experience, you’re in a good mood, there’s endorphins, you’re happy and it makes it taste better—and you’re going to like our product.” Amen to that.

Popular
How to (Actually) Get Rid of Fruit FliesEmily Baron Cadloff
7 Smokable Plants You Can Grow That Aren’t MarijuanaBrian Barth
What to Do With an Abundance of PeppersShelby Vittek
Goat Sex: Everything You Wanted to Know But Were Afraid to AskAndrew Amelinckx
6 Differences Between Llamas and AlpacasAndrew Amelinckx
Explore Modern Farmer
Related
Food & Drink, Plants
In Awe of the PawpawDanny Childs
Plants
Rice Growers Continue to Battle Weedy EnemyLindsay Campbell
Food & Drink, MTMF
Meet the Georgia Farmers Who Love to JamEmily Baron Cadloff
Plants
Researchers Propose a New Way of Regulating Engineered CropsShea Swenson
wpDiscuz
We use cookies on our website to give you the most relevant experience by remembering your preferences and repeat visits. By clicking “Accept”, you consent to the use of ALL the cookies.
Cookie settings ACCEPT
Privacy & Cookies Policy