Should We Be Concerned About Selenium in Agriculture?

A new study raises concerns about the chemical when it’s airborne. 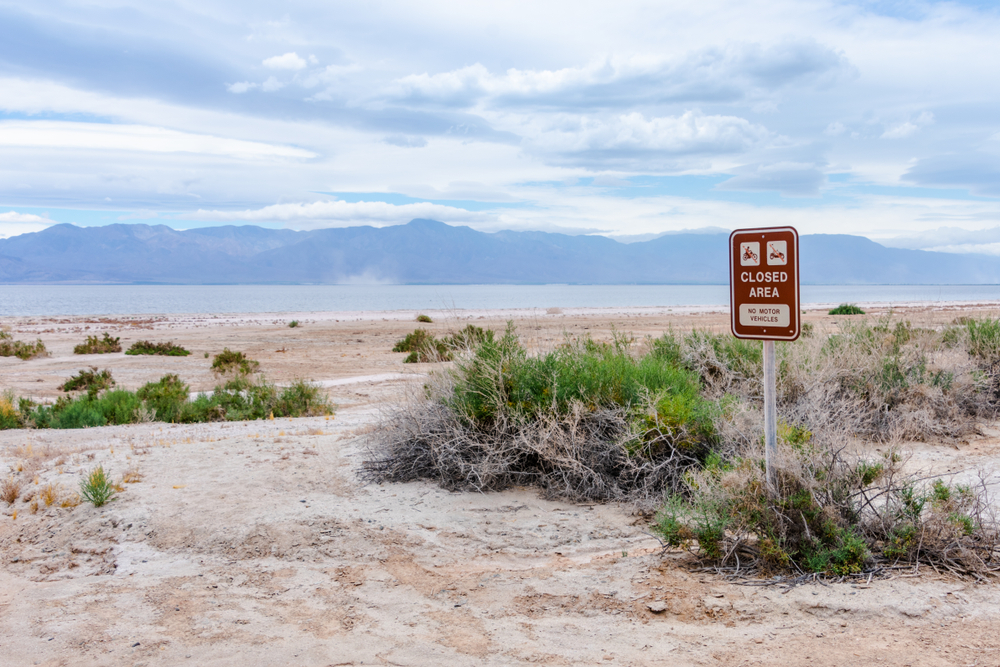 The Salton Sea, which has high levels of selenium.
Photography by Natalia Leen on Shutterstock
Share
Tweet
Pin
Email
70 Shares

Selenium is an essential element for life in humans and other animals, and selenium deficiency can be a major health problem.

Because of that, farmers and ranchers sometimes try to get more selenium into their plants and animals, often by using selenium-laced fertilizers. But even though selenium is essential, too much can be very dangerous, and a team from the University of California, Riverside is investigating what happens to selenium in an agricultural context.

Selenium can be found in meats (especially organ meats), as well as many plants and fungi. Interestingly, Brazil nuts seem to be the biggest source of selenium, to the point where you kind of have to be careful when eating them. Ruminants like cows, sheep, and goats are typically more at risk of selenium deficiency, which can cause a nasty illness called white muscle disease.

But for humans, selenium overdose is also a problem. The telltale signs of too much selenium include, according to UC Riverside, “swollen lungs, garlic breath, gastrointestinal disorders, neurological damage, and hair loss.” That team has spent a while examining the Salton Sea, a massive and very weird inland body of water in the California desert. The Salton Sea is a steadily concentrating source of water, like a pot reducing on a stove, and so anything in there gets magnified. There also happens to be quite a bit of selenium in the soils and wetlands in the Salton Sea area.

That selenium arrives from the tributaries to the Salton Sea, usually coming from selenium-laced fertilizers in the agricultural areas upstream. Selenium content in the Salton Sea has been a significant issue; it’s been linked to reproductive and development problems, as well as straight-up death, in the birds and other animals that hang out there.

The researchers wanted to look at the selenium content not just in the land and water, but in the air. Selenium gets taken in by plants and digested by microbes, and released in the form of aerosols—particles suspended in the air. Those aerosols have not been tested very thoroughly.

In the new study, scientists tested the effect of these selenium aerosols on living human lung cells in a laboratory. They found that the aerosols damage those cells. “If people are exposed to this long enough, or in high enough concentration, they have a greater risk of lung cancer,” said Ying-Hsuan Lin, a professor of environmental toxicology, in a press release. “There is also evidence that the aerosols can cause allergic inflammation of the lungs, and disturb glucose metabolism, which are linked to asthma and Type 2 diabetes.”

The places where people are most likely to be around these selenium aerosols are the places where selenium is being used. Those include metallurgy and glass production, but agriculture comes in third in the common uses of selenium. There’s more work to be done here to figure out exactly how selenium affects people and the environment, but it certainly seems like there are public safety questions to answer.

selenium is an essential TRACE element for pork. Selenium is not naturally occurring in the soil of my farm. Feed supplemented with selenium helps the crop and does not change the natural flora.