This Vermont Woman Grades Cheese For a Living 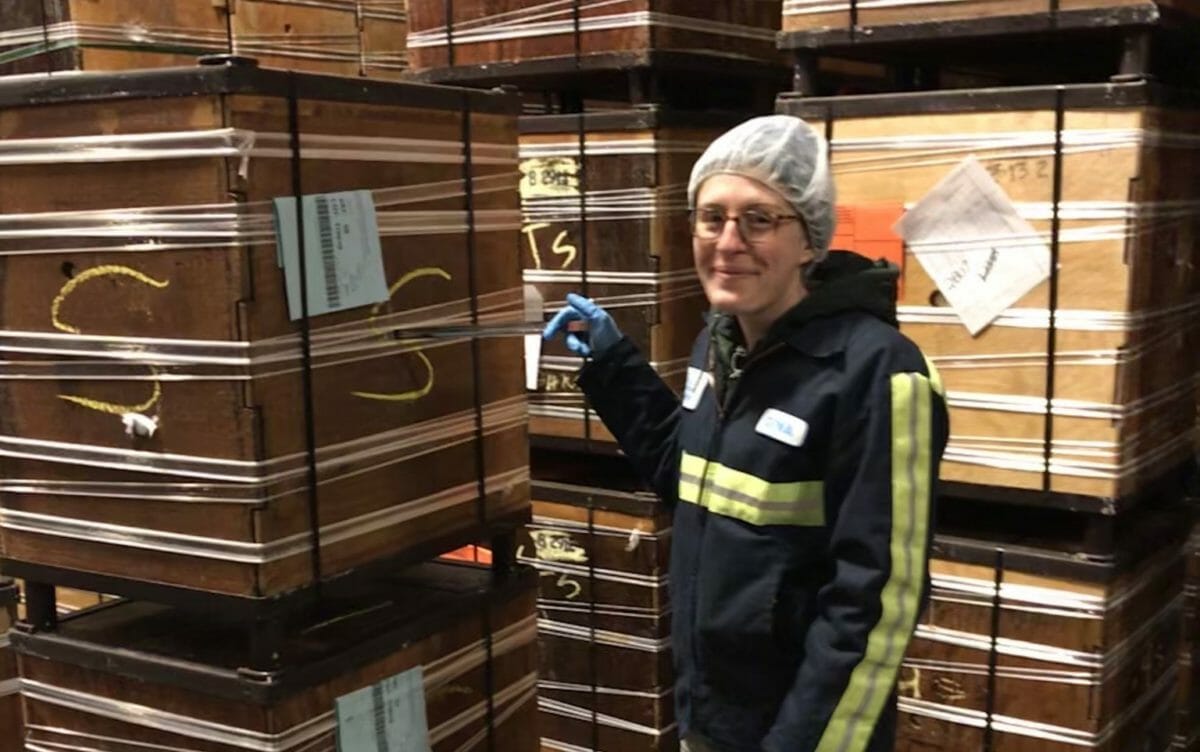 Any experienced cheese grader knows cheeses can sneak up on you. This was one of the many lessons Gina Accorsi learned over the last year, as she embarked on a career in cheese grading at a dairy co-op in Vermont.

The 28-year-old is a cheese grader for Cabot Creamery, where she spends every moment of every working day completely immersed in cheese. Cheese graders meticulously analyze aging cheese and decide when it’s ready to be cut into smaller blocks and sold. They use a complete sensory analysis, tasting the cheese, feeling it and smelling it. “Whenever I tell somebody what I do, they look at me as if I have two heads,” Accorsi says. “They always think I’m the one who is physically grating the cheese.”

At Cabot, there are currently three cheese graders, who travel around Vermont, visiting the co-op’s different aging facilities to grade cheeses and collaborate with cheesemakers. Cheese graders rarely actually eat the cheese they’re tasting (they spit it back out), as they try a lot of cheese every day. It’s also best to grade cheese on an empty stomach, when taste buds are heightened.

Accorsi says grading cheese isn’t always straight forward. A cheese can “sneak up” on its graders. Many of the co-op’s cheddar cheeses are made using similar processes and ingredients, but sometimes these cheeses just do their own thing. “It’s funny how we’ll taste cheese made in the same plant in the same way and some of it becomes really sweet and fruity, and some of it becomes extremely acidic and sharp,” Accorsi says. “The fact that cheese has a mind of its own and is as variable and dynamic as it is surprised me. But we can also look at a cheese when it’s very young—sometimes as young as a month—and get a sense for what’s going to happen to it.”

Just over a year ago, Accorsi took over from a retiring cheese grader, who had been in the job for more than four decades. Accorsi didn’t grow up on a dairy farm, nor did she have a background in food science, but she was interested in the concept of the job. She grew up in a household where tasting homemade wines and foods was constant. In the first months on the job, she observed with wonder as her fellow cheese graders would determine whether a three-month old cheese would be good in five years. In those months, she couldn’t stop consuming information about cheese and dairy.

When she first started, Accorsi wondered whether the job would change how she eats cheese when she isn’t at work, but she says it hasn’t altered her eating habits. After she clocks out for the day, she still comes home and makes a grilled cheese, a mac ‘n’ cheese or a broccoli cheddar soup. And while she’s at work, she has to keep her personal preferences out of her analysis.