The Rise of the Blend? - Modern Farmer
Food & Drink

The Rise of the Blend?

How meat and plant hybrid products could be big in 2020. 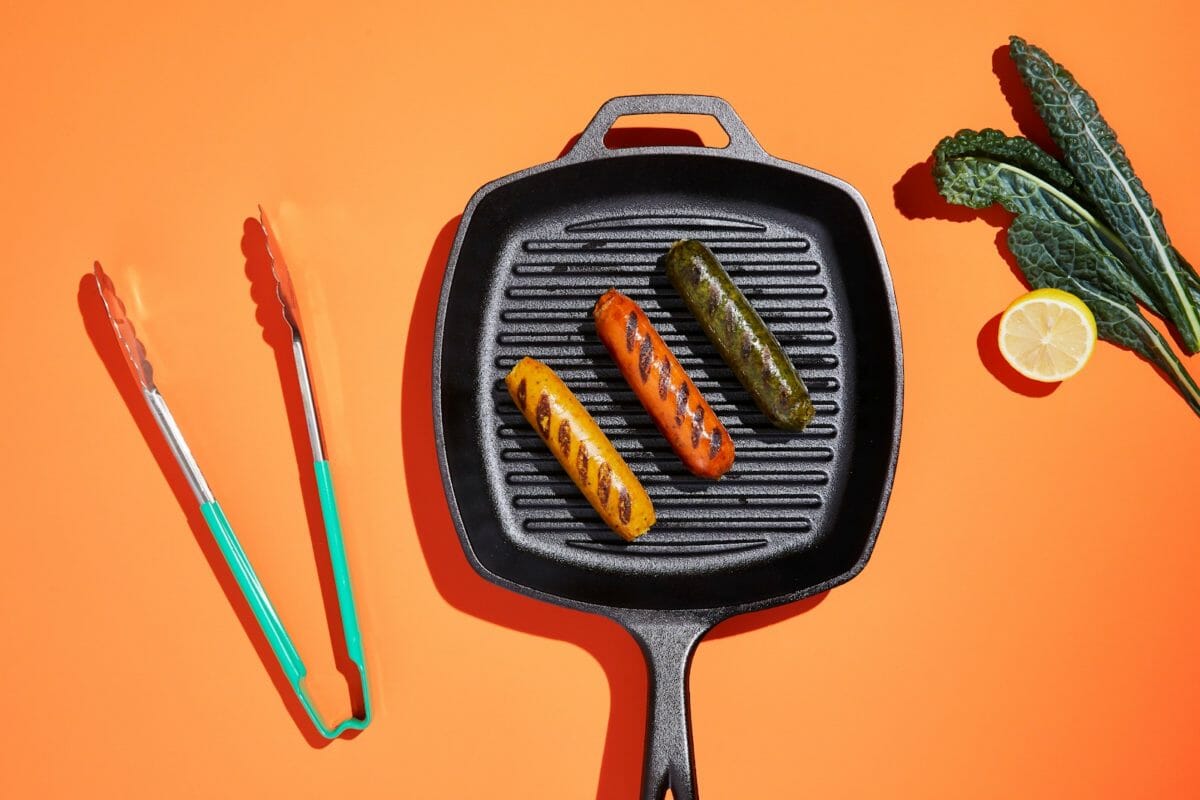 The recent plant-based craze has challenged America’s longstanding love affair with meat, driving some to go meatless while others feel reluctant to part ways.

A growing trend of blended products (part meat and part vegetable) is looking to offer a compromise to consumers who aren’t willing to make a full plant-based switch. These hybrid blended products are popping up on shelves in grocery stores and restaurant menus as burgers, sausages and even chicken nuggets.

A study from the World Resources Institute found that Americans eat 10 billion burgers annually and if they replaced 30 percent of beef in those burgers with mushrooms, it would have the environmental impact of taking 2.3 million cars off the road. It would also conserve the same amount of water 2.6 million Americans use at home every year and reduce agricultural land demand by an area larger than Maryland.

Large meat companies such as Applegate, Perdue and Tyson have all released their own take on the blend. Even Misfit Foods, traditionally recognized as a juice company, switched gears in August to launch a blended line of sausages made up of 50 percent vegetables and 50 percent farm-raised chicken meat.

“We care the most about climate change,” he says. “With the juices, we were focused on food waste, but here with this platform of blended products, we actually have a much bigger opportunity to fight that exact issue that we care most about by working on meat reduction.”

He adds that, over the last year, a large majority of food companies across the US have enhanced their supply with a plant-based alternative, so the team saw the opportunity to create something a little different that allows for a gradual move away from meat. 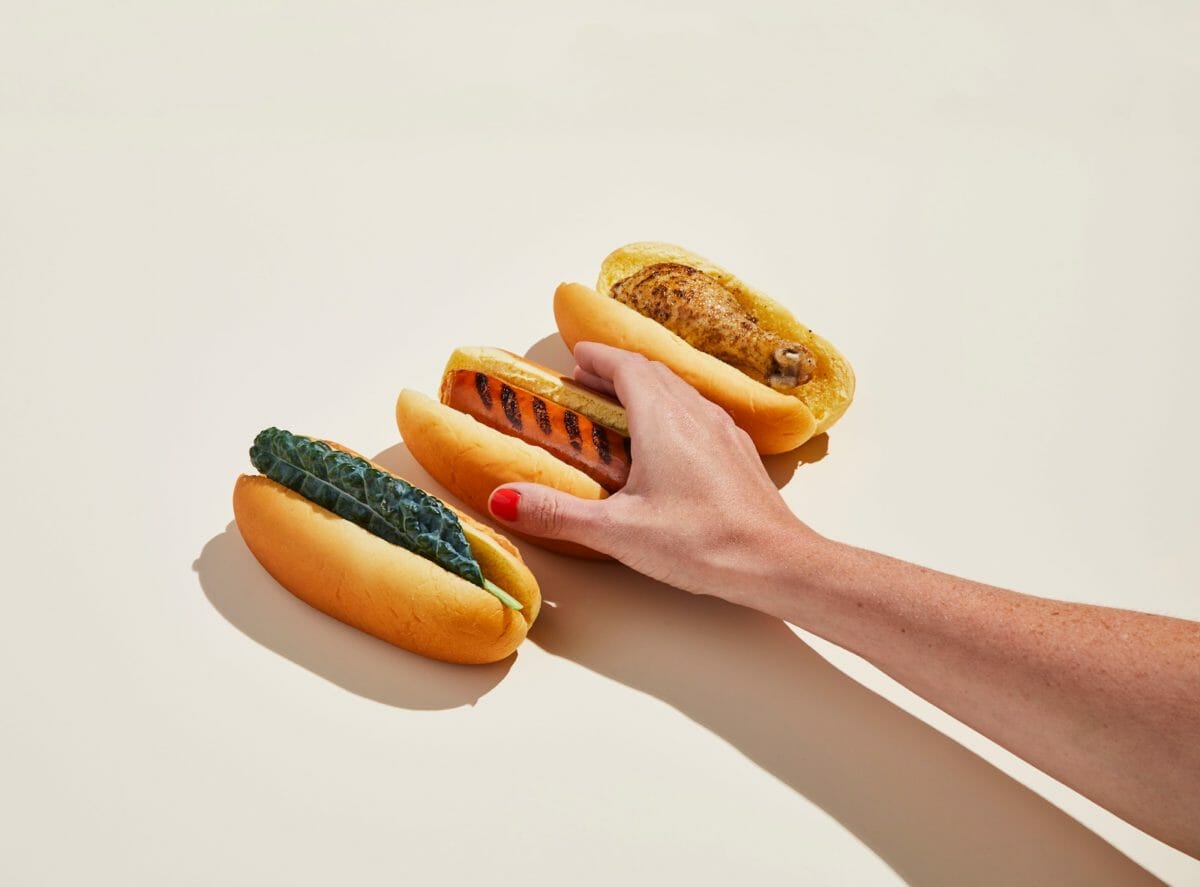 In 2015, the James Beard Foundation and the Mushroom Council launched an annual competition called the Blended Burger Project, which helped to fuel the rise of blended burgers in restaurants. The competition challenges restaurant chefs to create their own meat-blended recipe with at least 25 percent mushrooms.

In the competition’s early stages, there were only a handful of chefs who participated. Last year, that number grew to 500.

Fiore Moletz, a chef, restaurant owner and two-time winner of the Blended Burger Project, has introduced his own recipe to his restaurants with positive reviews from customers. He says the blended patty has represented about 10 percent of his sales. 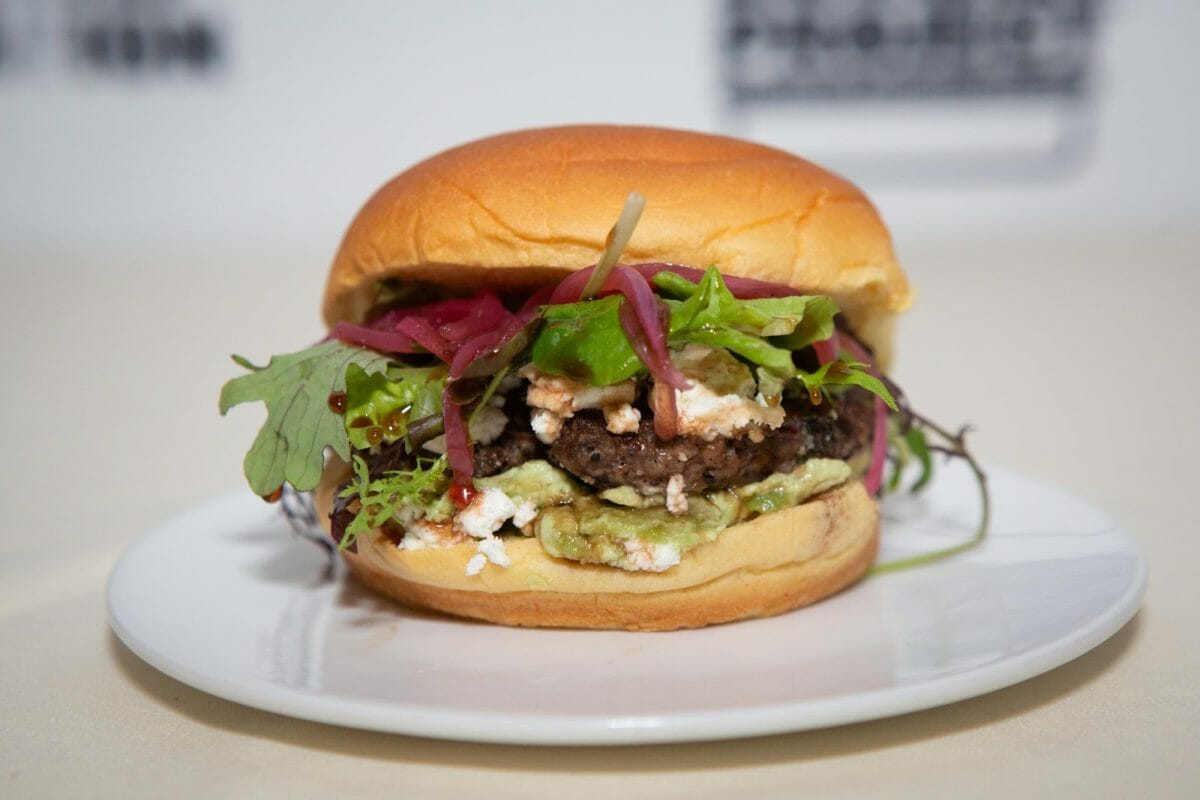 Moletz’s blended burger has been recognized twice as a finalist in the Blended Burger Project. Photography by Clay Williams.

It’s also tastier, according to Moletz, who roasts a seasonal variety of mushrooms with thyme and garlic to combine with his restaurant’s local grass fed beef. While the blend isn’t as popular as Moletz’s 100 percent meat-based patties yet, he believes that blended products in general are only about to grow.

“The most important thing for me with the blend is that it’s sustainable and it’s healthy,” he says. “We’re always pushing for the healthier and the more sustainable approach. The more we educate everyone, the better off we’ll be.”

Why not? If that’s what people want, more power to all concerned. Believe everyone should eat a balanced diet, in moderation. This includes sweets, meat, eggs, and dairy products. There’s a place for everything within a balanced diet.

There is no evidence that blended burgers are healthier or more enviromentally sound. If you use conventionally grown mushrooms, for example, which recieve an inordinate amount of pesticides (mostly fumigants), how is that better for the environment? Or adding soy to a burger, a crop that is grown in a monoculture and generally is genetically engineered and receives copious quantities of fertilizer, pesticides, and herbicides. What data shows that that is better for the planet? It doesn’t exist. Instead we rely on the marketing claims by the companies producing the products. That does not make something fact. Let’s stop regurgitating… Read more »