The high fashion birds are back—chick it out. 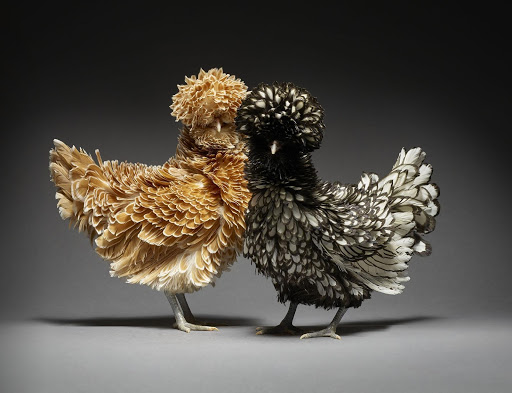 Nothing says boundless love better than a flock of swanky chickens.

At least that’s what Italian photographers Moreno Monti and Matteo Tranchellini believe. The creators of the CHICken coffee table book, which featured striking portraits of majestic show chickens, are back with a sequel to their initial project.

Chicken in Love, their latest photo project, is another compilation of the high fashion birds that this time includes portraits of chicken couples that mix breed, gender and color. Monti and Trachellini came up with the idea for the second book after observing the behavior of their subjects at a number of international bird shows. 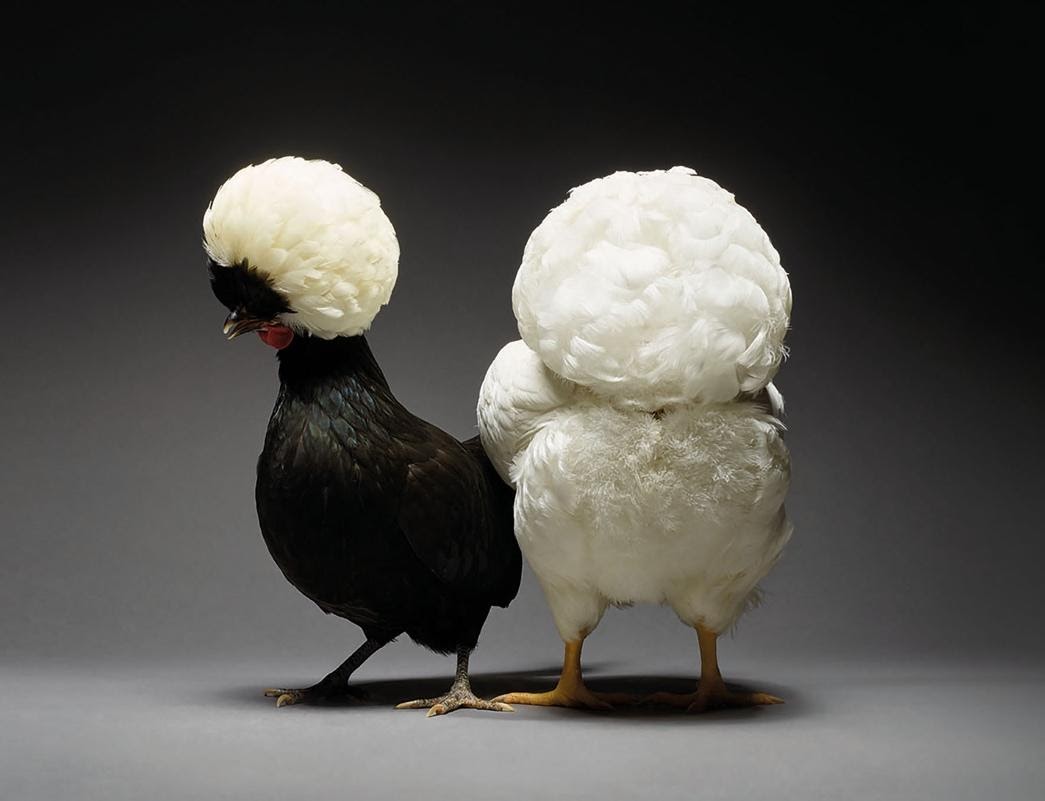 They say they were struck by the natural pairings that took place with the animals that went beyond breed, sex and place of origin, noting that these tendencies are sometimes not natural for humans due to conventional standards or societal taboos.

“With the new book we wanted to give a [deeper] message that goes beyond the beauty of those marvelous creatures,” they said in an email. “We wanted to picture through the hens and roosters that wild love without boundaries, showing that common behavior between the animals, as it should be for humans, everywhere.”

Chicken in Love will feature 45 high resolution photographs of 90 different breeds. The photographers say that they selected their show birds from a poultry exhibition in Italy they went to in 2015.

“There we had the chance to see many hens and roosters of every breed and color. We did a real casting for the models! We chose of course the most beautiful, but also the more extravagant ones,” they wrote. 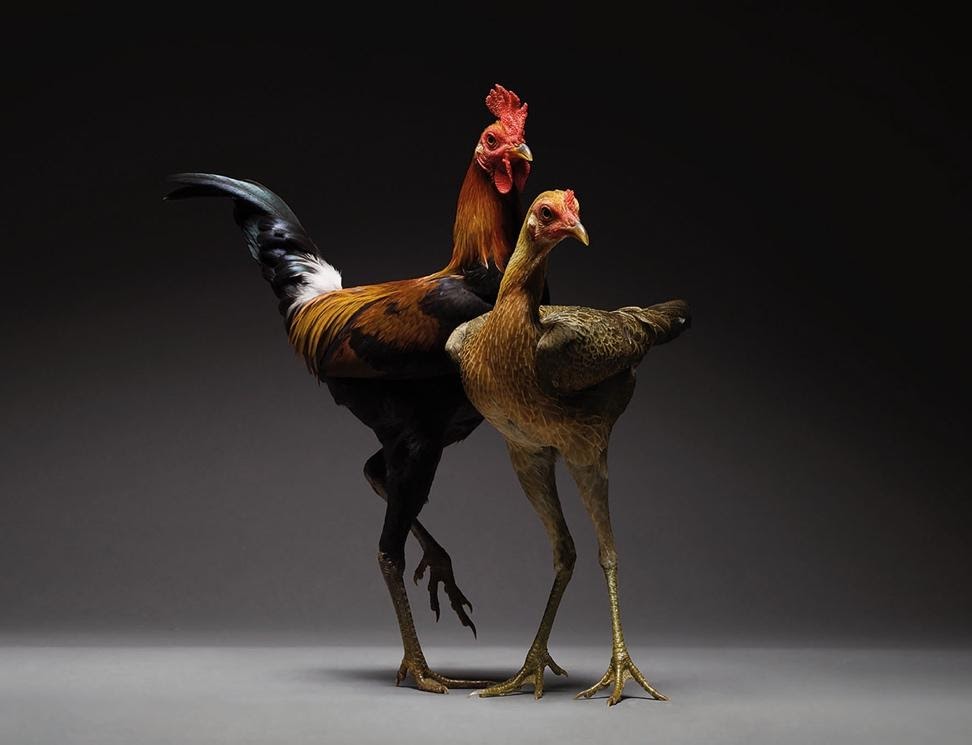 Monti and Trachellini’s raised more than $158,000 on Kickstarter for their first book, CHICken, in 2018. They’re looking to raise funds through the crowdfunding platform again for the second book, and their campaign has already surpassed its goal.

Production for Chicken in Love is scheduled for March this year with shipments of the book set to arrive to buyers in May.