CHICken: A Coffee Table Book of Show Chickens Is in the Works

Finally, a book that caters to admirers of show-chickens. Cluck yes!

Italian advertising producers and photographers Moreno Monti and Matteo Tranchellini have achieved something pretty remarkable: they’ve gotten nearly $125,000 on Kickstarter for a book. And not just any book: this is a book of chicken photos. Really!

“In 2013 we decided to go in search of a Concincina as a pet for our studio garden in Milan,” wrote the photographers in an email. (I believe he’s referring to the Cochin breed, a fluffy variety of chicken which in Italy is sometimes referred to as the Cochin China.) But they, like countless others, fell in love with the curiously charming animal that is the domestic chicken. 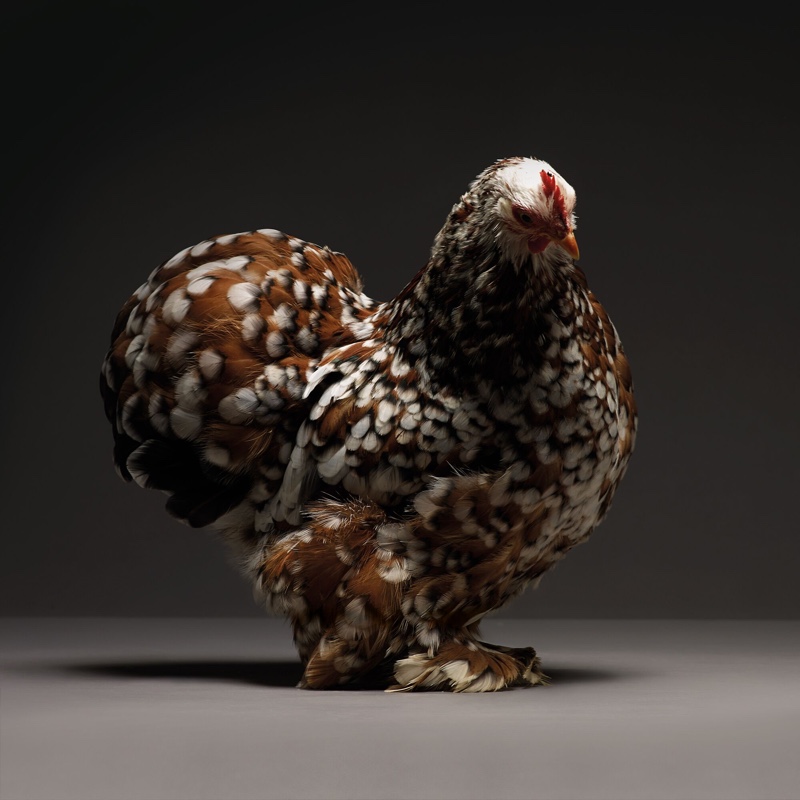 Chickens have “a natural ability to move in front of the camera. They are natural born posers! Aha!”

Show chickens are not unlike show dogs or show cats; the vast majority of backyard hens are, essentially, mutts, but show chickens have strict guidelines for specific breeds. Many of the breeds of show chicken are extravagantly feathered, boasting elaborate ruffs and booties, unusual colorations, and highly trained poses. A trip to a chicken show was the impetus for Monti and Tranchellini’s book, which will be called CHICken.

The book will feature more than 200 images of over 100 different breeds of chicken, all photographed at an aviary exhibition in Milan. The animals’ ability to pose was a source of amusement for Monti and Tranchellini; “They had a natural ability to move in front of the camera. They are natural born posers! Aha!” they wrote. 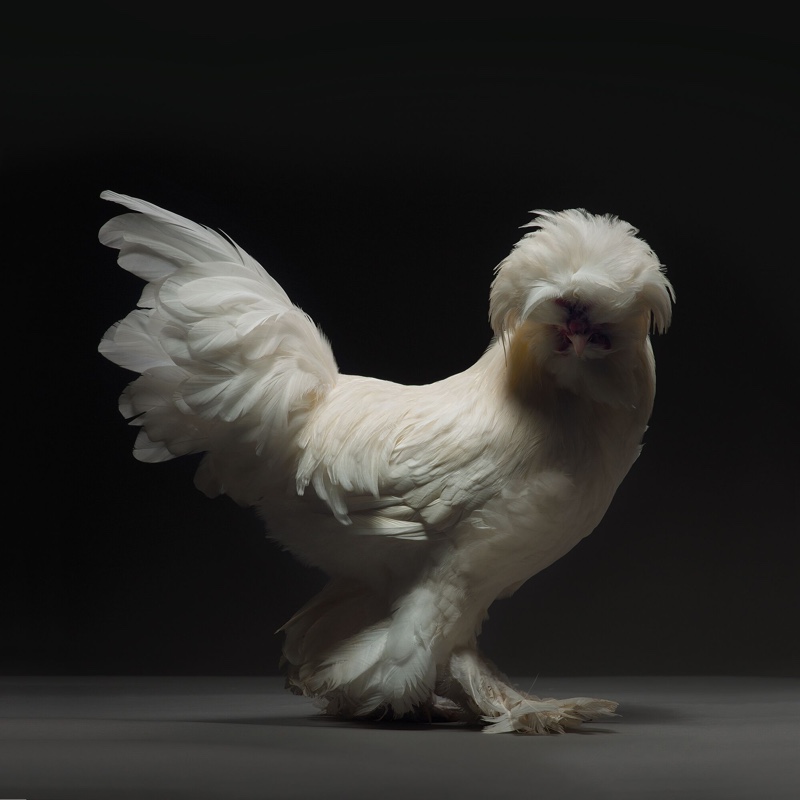 Monti and Tranchellini were excited about the project, but the response seems to have surprised them. “We knew we couldn’t be the only ones that fell in love with these beautiful birds, but the response was way above our expectations! We hit our goal on Kickstarter almost immediately and everyone seems to love this project,” they wrote. At the time of writing, the project has already exceeded its $9,810 goal by over ten times, with most of a month left to go.