This Common Household Appliance Could Turn Sewage Into Fertilizer

A quick zap, and no more heavy metals. 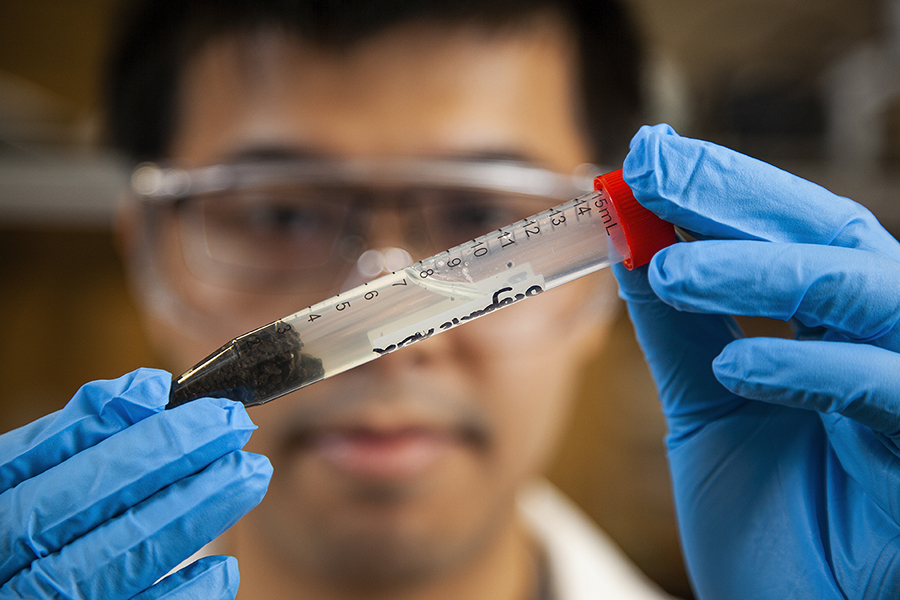 Biosolids—sewage—have lots of potential as agricultural fertilizer. It’s basically free and it contains essential nutrients for plants like nitrogen and phosphorus. But it contains some other stuff that makes it largely unsuitable for fertilizer, namely diseases and heavy metals. Those have been expensive and difficult to remove, but a team from Florida State University might have come up with a relatively low-cost solution.

Human biosolids contain a wide array of heavy metals, including lead, copper, mercury, and cadmium. Those are all potentially carcinogenic, and are easily absorbed by crops. You can’t just slather biosolids on crops and hope that the plants absorb the nitrogen but not the copper; they’ll take up both, and become unfit for consumption.

It has long been a real pain to remove those heavy metals from biosolids. There have been a bunch of different approaches, ranging from bioleaching (using living organisms to extract the heavy metals) to various chemical solvents. None of them have been great. The Florida State team struck on something different: the microwave.

They first performed a thought experiment: is there a type of energy that would sever the bonds that hold the heavy metals to the biosolids, without destroying the entire biosolid itself or removing all the beneficial stuff that makes it good for fertilizer in the first place? After looking into the types of radiation that might be suitable, they realized that right around the sweet spot is the radiation produced by a common microwave.

And, amazingly, they were right. A spin in the microwave broke those bonds, separating the metals from the whole. This all required much less chemical treatment and general screwing around with biofuels than other methods, and microwaves are widely available and inexpensive.

Of course, putting biosolids through microwaves on a mass scale, at the sewage plant itself, would require more than your standard Kenmore zapper. But if this method is truly as effective as the researchers hope, plants will find a way.