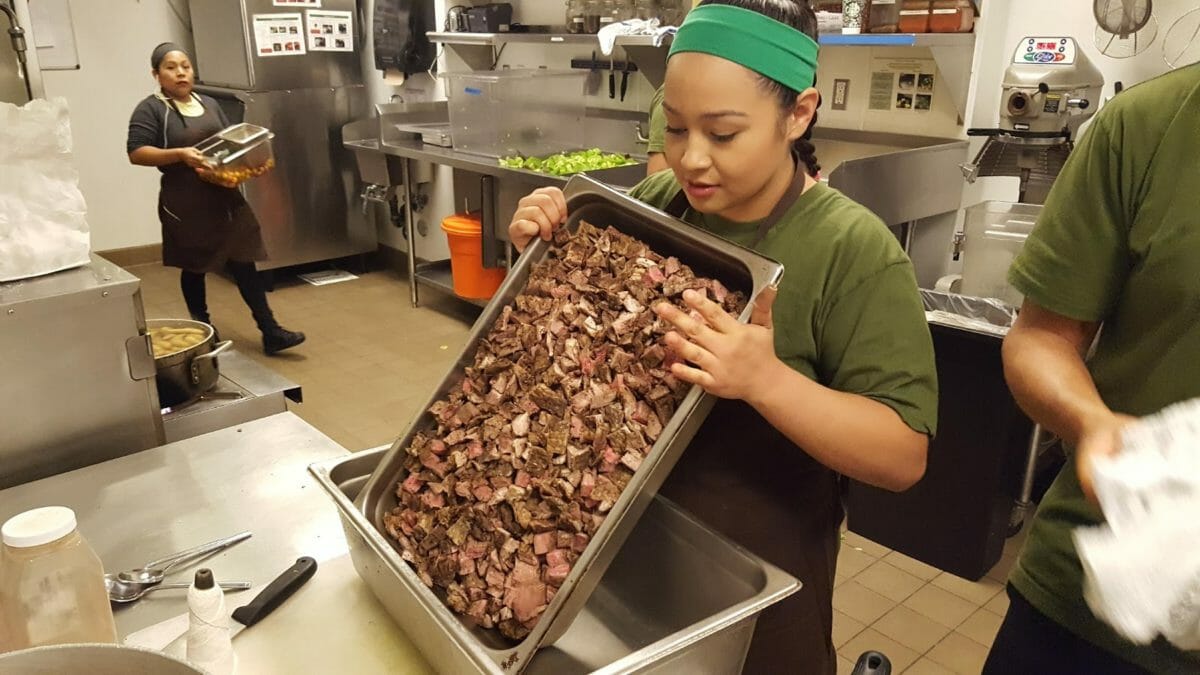 After high school, when many of her peers were starting on a career path or going to college, Raneisha Newell found herself homeless.

She remembers a period of two years where she was hopping from one relative’s house to the next and sleeping on floors to avoid a life on the streets of Los Angeles. Newell says she thought about pursuing an education in culinary arts, but she just wasn’t sure how to do it.

Then she met Erik Oberholtzer, a chef and the CEO of  a restaurant chain called Tender Greens. Oberholtzer had recently started The Sustainable Life Project, a culinary internship program for homeless, at-risk youth and young people who have transitioned out of the foster care system.

The program, which Newell completed, gives its participants with culinary and job skills training, an education on locally sourced food and the potential to be hired at a Tender Greens restaurant. Six years after enrolling in the program, Newell is managing a Tender Greens restaurant and close to reaching her goals of becoming an executive chef. She says the internship changed her life.

“It brought stability back into me and my mom’s life because I was able to help her out. But [Erik] opened my eyes and showed me that you can get fresh stuff and it won’t be that expensive… I learned what farm to fork really meant,” she says.

Oberholtzer decided to start the program in 2009 in the Culver City region after volunteering with a non-profit called Stand up for Kids that works with homeless youth. He started bringing some of these young people to work in his restaurants. He decided to launch the program to give them the structure they desperately needed. “We wanted to create this relationship with food that was positive versus negative and we wanted to do that in such a way that they had control over their destiny and relationship with food,” he says.

Since its inception, the Sustainable Life Project has hired around 80 interns and has had 30 who have completed the program. Over the years, it has evolved into a six-month paid project with a caseworker and a team of Tender Greens chefs in San Diego, San Francisco and Los Angeles who provide mentorship and teach life skills to its participants. A large focus of the project is supporting foster youth as more than 25 percent of former foster children become homeless two to four years after leaving the system.

Kevin NaPier, one chef who took on his first intern three years ago, says he’s seen first-hand how a little bit of structure, mentorship and exposure to good food can be transformative. He says the program’s participants see the reward of going to work every day and earning a paycheck. “We’re trying to instil that sense of accomplishment in people,” he says.

And Newell, who now owns her own house and has a child of her own, says she still feels that sense of accomplishment. She says she works hard every day to try to make sure her son will never experience anything like she did growing up.