The EPA Decides Ranchers Can Use Cyanide Bombs to Kill Coyotes

The M-44 bomb is designed to kill coyotes and stop them from preying on cattle. Critics say it’s unnecessary and egregiously dangerous. 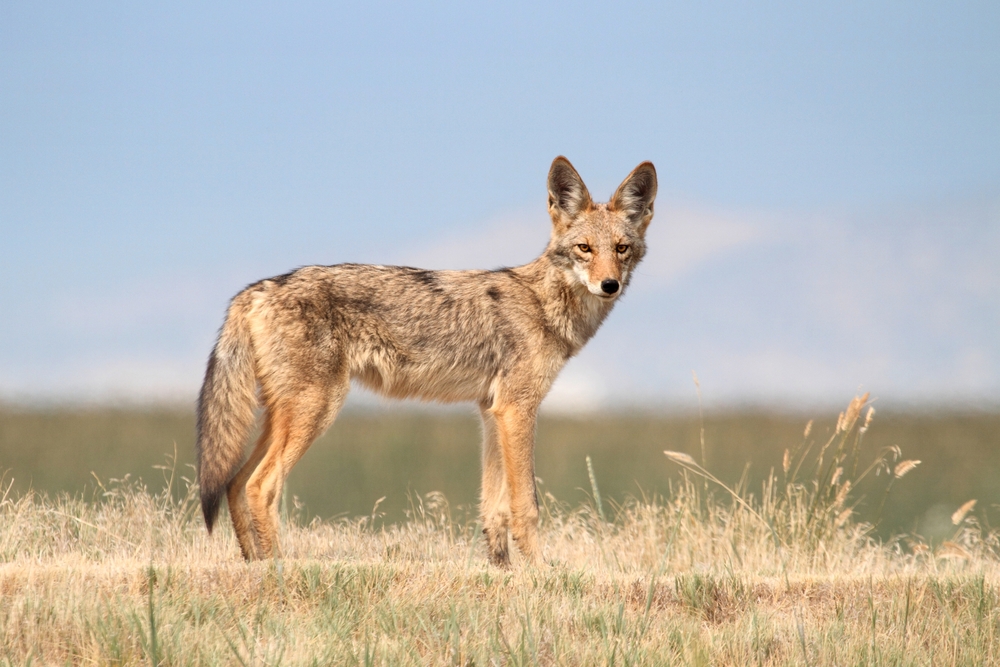 Despite protests from groups such as the Center for Biological Diversity, the EPA this week announced that it will not ban the device known as the M-44—a cyanide bomb.

The M-44 is cited by cattlemen’s organizations and ranchers as a vital tool for protecting cattle against predators, especially coyotes. To critics, it’s a flagrantly dangerous device that often kills or injures non-targeted animals, and it’s one that isn’t necessary regardless of its efficiency. The EPA’s ruling adds a few restrictions around where an M-44 can be placed, but mostly, it’s a statement that this EPA intends to allow use of the bomb.

The M-44 is sometimes known as a cyanide trap or cyanide bomb. It’s installed in a hole dug in the earth, and smeared with a bait, such as animal fat. When it’s grabbed and pulled by an animal, the M-44 sends up a dose of sodium cyanide, which combines with water in the animal’s mouth, creating a lethal dose of cyanide poison.

The EPA’s press release on the subject makes sure to imply that coyotes are a significant predator of American cattle, and a scourge to ranchers. “A 2015 National Agricultural Statistics Survey (NASS) study found that coyotes accounted for 40.5 percent of cattle death losses due to predators, or approximately 17,000 deaths,” reads the release. That’s absolutely true, but it ignores the larger context, which is that predators as a whole accounted for only 2.4 percent of cattle deaths in 2015. Sure, 17,000 were lost to coyotes, but there are approximately 95 million head of cattle in the United States.

According to that same NASS study, respiratory problems killed more than 900,000 cattle and calves in 2015. Poisoning took more than 30,000. Hell, cattle rustling was responsible for 24,000. Obviously, coyotes are an issue, and in some places a larger issue than others, but as a whole, predator deaths are a minuscule cause for concern for the cattle industry.

The M-44 was also responsible for killing more than 300 non-targeted animals, including pets and endangered animals, in 2016, according to the Washington Post. Reports of people walking their dogs, only to find that dog triggering an M-44 and immediately dying, pop up on an annual basis. In 2017, after a dog was killed and a boy injured by an M-44, the state of Idaho issued a complete ban on the bombs.

There are also plenty of alternatives to the M-44. Guard animals, including llamas and donkeys, have proven tremendously effective at keeping predators away from livestock. Large guard dogs have been a great option for guarding livestock for time immemorial. Yet the Trump administration has chosen to allow the M-44.

Cyanide bombs are banned in Oregon.

They probably would protect children in schools from shooters if we gave them a chance.

Livestock guardian dogs and others are a great option to supplement other tools like the mechanical M-44, they aren’t a substitute to protect livestock during calving and lambing. The Obama administration also recognized the value of the M-44.