How Peruvian Potatoes Might Be Key to Feeding the Planet - Modern Farmer
Food & Drink, Plants

How Peruvian Potatoes Might Be Key to Feeding the Planet

A spud museum in the Andes may hold the answer to fending off a food crisis. 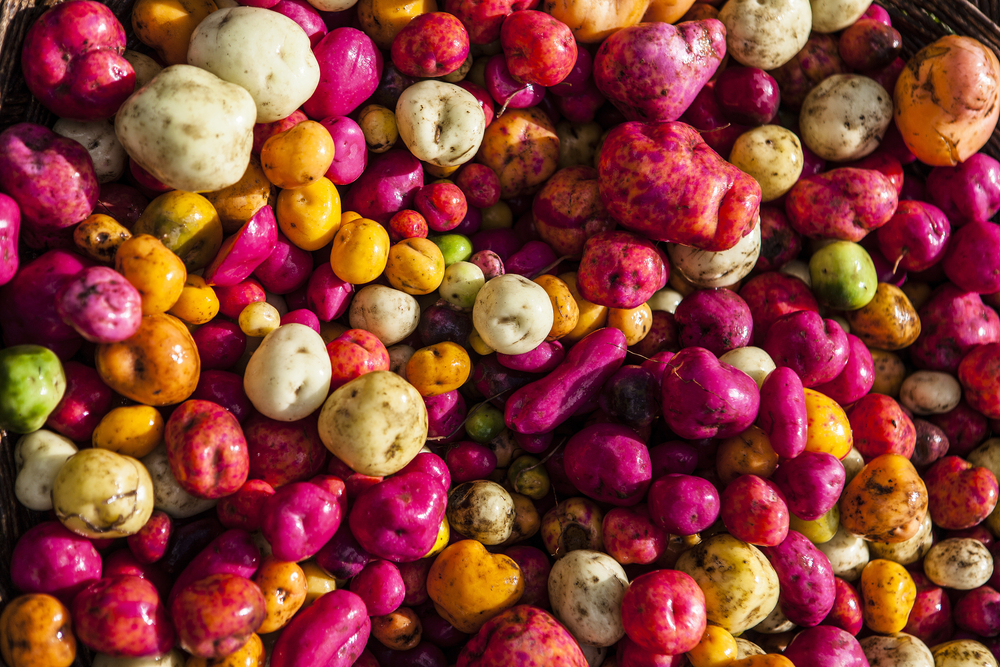 When climate change causes widespread devastation, displaces millions of people and leads to mass extinction, at least we might still have potatoes.

Scientists in the Peruvian Andes are trying to find genetic strands of potato that would be able to grow in extreme weather events, according to the Guardian, in the hope of fending off a food crisis when climate change makes growing other crops untenable. Agronomists are doing this work at a “potato museum,” called the Potato Park, which claims it has one of the highest diversities of native spuds.

Alejandro Argumedo, the founder of the NGO that runs the park, told the Guardian that the park’s agronomists have been able to create new genetic expressions by sowing varying potatoes at different altitudes.

Potatoes are native to the Andes, where people first started growing them domestically thousands of years ago. It wasn’t until the 16th century that Spanish explorers brought them back to Europe. They have since become a staple food in many cultures and one of  the world’s biggest crops, behind wheat, corn, rice and sugarcane.

In the Andes, people have been mixing domesticated potato varieties with wild ones for millennia, according to Argumedo. Researchers have been looking to replicate that process at the Potato Park to find varieties that are more resilient. One variety that has piqued researchers’ interest is one called the wild “grandfather” of domesticated potatoes.

The researchers at the museum keep their results in an on-site seed bank, and they have transferred at least 650 varieties to the Svalbard Global Seed Bank in Norway.