Humans may be able to understand, in broad strokes, their cattle. 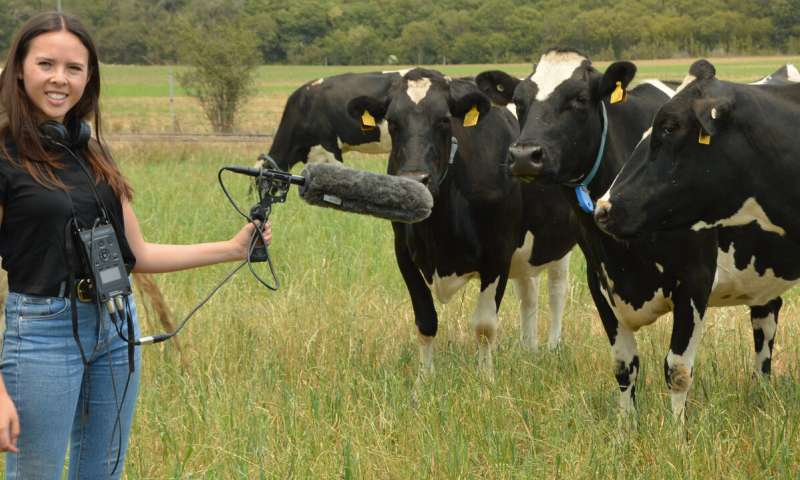 There have been a few really fascinating studies of vocalization in cattle over the years; they are social herd animals who need to communicate with each other, and they prefer to do so vocally. New research finds that these vocalizations aren’t necessarily specific to each animal, and that means that humans may be able to understand, at least in broad strokes, what cattle are trying to say.

Some animals create vocalization systems that are unique to them; one study found that cats, for example, modify their vocalizations to have an effect on their specific owner. That means that while an owner might know what their own cat wants from their meow, other owners won’t. Luckily, cattle don’t seem to work the same way.

Alexandra Green, a PhD student at the University of Sydney, recorded vocalizations from a herd of Holstein-Friesian cattle. Her hundreds of recordings received acoustic analysis, and those charts were compared with the particular situation that produced that vocalization. What does a hungry cow sound like? What about one giving birth? What about one which has just eaten, or which is isolated from the rest of the herd?

Green’s analysis found that there are constants among the cattle based on their situation. Using those distinctions, her team was able to correctly guess whether a vocalization was positive or negative more than half of the time, exceeding the possibility of chance. That’s not exactly the same as a 100 percent certainty, but it definitely does indicate that the analysis has learned something about what cattle vocalizations mean.

Green’s academic supervisor described the work as “Google Translate for cows,” and while it’s not quite there yet, the possibilities are really enticing. Acoustic analysis could allow ranchers to understand their animals better, enabling quicker response to any stress an animal is feeling.

If you know your cattle and the rest of your farm livestock and are willing to listen/understand them ‘conversation’is not a big problem..even a ‘farm’ squirrel or groundhog can ‘talk’ to you. If you will listen.