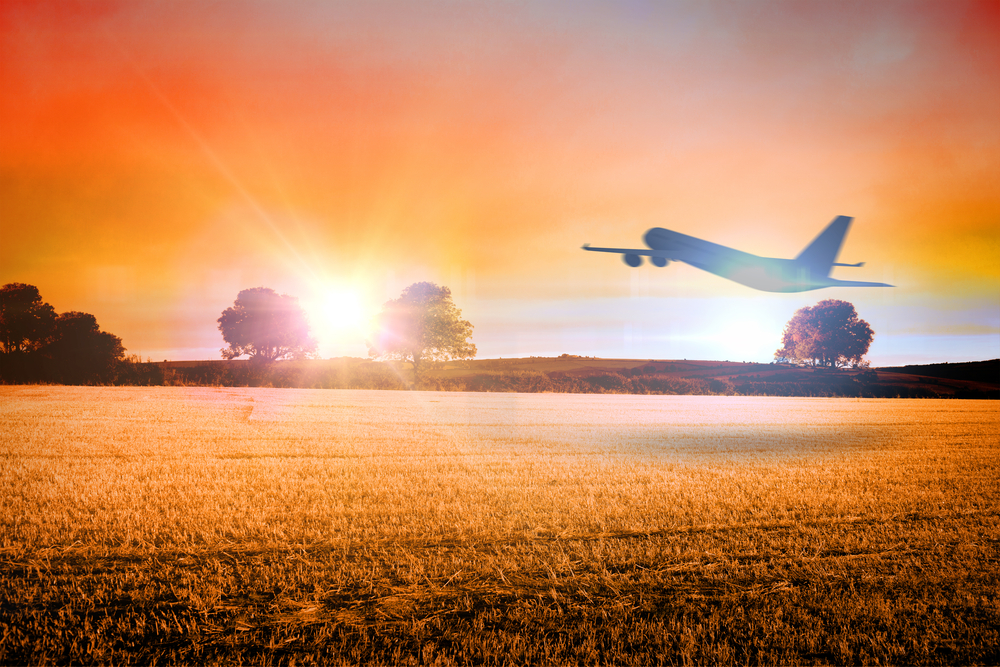 Humans are always trying to do better, get healthier, be more efficient. But sometimes our quest for making things better leads us to…silly things. Like subjecting animals to virtual reality. Or congratulating ourselves for serving “local” produce on intercontinental flights that only millionaires can afford. This month’s edition of food news overflows with such “improvements.”

Banking on Hemp
The hemp industry is hopping, but hurdles remain before it is fully out of the shadows of its former status as an illicit drug. One such hurdle fell this month when federal banking regulators announced they would no longer impose strict rules against financial institutions who make loans to hemp businesses—rules designed to catch money launderers and crack down on folks involved in criminal enterprise. As the New York Times reported, until now, “The number of banks in the United States willing to lend to hemp producers [could] be counted on one hand. That is about to change.”

Bovine Virtual Reality
In theory, happy cows produce more milk than sad cows. Unfortunately, the conditions on many modern dairy farms are pretty sad. Which is perhaps why Russian researchers recently re-jiggered some virtual reality goggles to fit cow-sized heads. According to a report from CNN, these bovine guinea pigs are shown beautiful green fields of grass—cow heaven—in their goggles, in hopes that the pleasant pastoral scenes will put the animals in a bucolic state of mind, theoretically resulting in more milk. No word on whether the irritation of having goggles strapped to their face counteracts the good vibes, however.

C’est la Vie?
The intricate plot twists of President Donald Trump’s trade wars never fail to amaze. Much of the international food drama of late has revolved around midwestern soybean farmers, but in the most recent chapter, it’s Whole Foods shoppers who have been caught in the crosshairs. This month, the Trump administration proposed up to a 100-percent tariff on French champagne and cheese in retaliation for a French tax levied on American tech companies. According to the Hill, French imports are currently taxed at a rate of around 3 percent, meaning your favorite camembert may soon get much pricier. But that’s only if the President follows through on his threats—and he’s better at threats than follow-through.

Like It or Not, Farm-to-Plane Is Here
Unless you pack your own lunch for the plane, that cramped economy seat may be one of the last domains beyond the tentacles of the local food movement. But folks on flights with the high-end Singapore Airlines, known for their $25,000 tickets (you get a bed in a little cabin resembling a luxury hotel room), are now getting local arugula in their salads—though by the time you get halfway to Singapore, it would be a stretch to call it local. The airline has partnered with the aptly-named AeroFarms, the self-described “largest” vertical farming operation in the world, which occupies 3.5 acres of hydroponic growing space in a warehouse not far from the Newark Liberty International Airport, Singapore Airlines’ east coast hub. According to the travel website Globetrender.com, the new “local” menu includes “baby ruby steaks with watercress” and “heirloom tomato ceviche with rocket.”

Related
History
Tobacco Field Where Martin Luther King Jr. Worked Preserved as Historic SiteEmily Baron Cadloff
Million Gardens Movement, Plants
SNAP Benefits Can Be Used to Buy Seeds. Why Isn’t That Well...Emily Baron Cadloff
USDA Increases Rates for School Lunch BudgetsDan Nosowitz
Labor, Politics
Maine Governor Denies Farmworkers the Right to UnionizeDan Nosowitz
wpDiscuz
We use cookies on our website to give you the most relevant experience by remembering your preferences and repeat visits. By clicking “Accept”, you consent to the use of ALL the cookies.
Cookie settings ACCEPT
Privacy & Cookies Policy