Fishermen in poor countries are using bed nets to catch fish. A new study shows they could cause an ecological disaster. 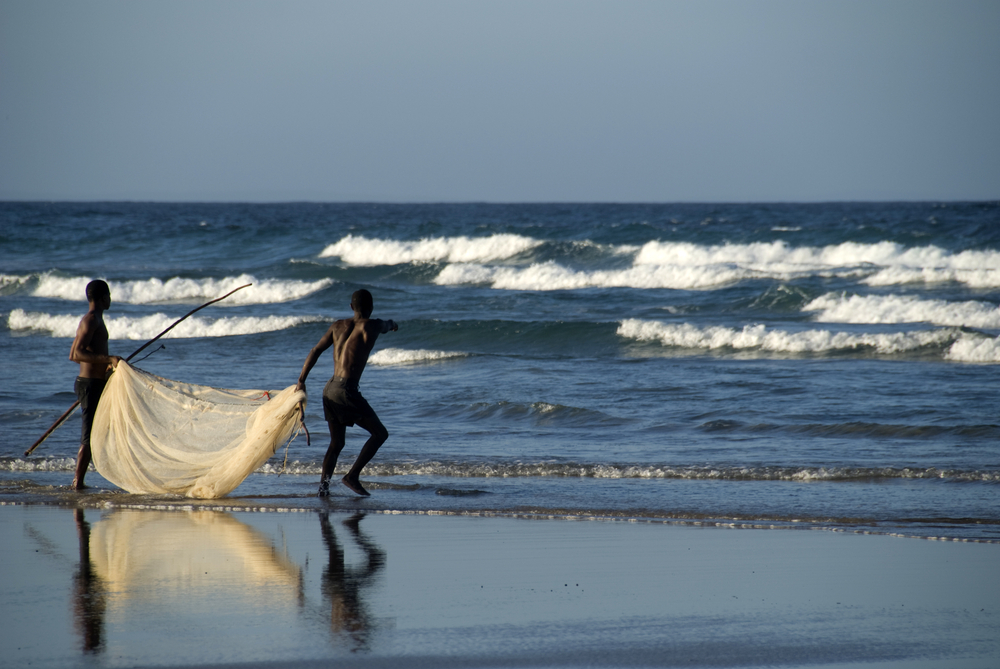 Unable to afford fishing nets, fishermen in poor countries have been using anti-malaria mosquito nets to catch fish and feed their families.

This practice has alarmed researchers who worry the misuse of the nets will pose risks to health, devastate ecosystems and threaten food security. Until now, experts have only been able to speculate about the impacts this kind of fishing was having on marine populations. But a new study has found that fishermen using these nets in the seagrass meadows of Mozambique are disproportionately catching huge amounts of baby fish.

Researcher Benjamin Jones, with Stockholm University, worked with fishermen in 10 different villages to see what kinds of fish people were catching using these nets. He found that fishermen using mosquito nets caught more than half the daily average catch, but that the bulk of the fish were juvenile and less than 4 inches long.

“Once you remove those fish, it means that no fish are entering maturity and no fish are reproducing,” Jones says. “Effectively, if you remove that many juvenile fish, the marine fish populations could just collapse completely. And that’s the kind of negative ecological function of this type of fishing.”

The seagrass meadows where fishermen are using these nets provide shelter for juvenile fish that usually go on to populate coral reefs and other tropical ecosystems. Many of the species being caught are also important food sources in the region, says Jones.

Researchers say mosquito net fishing happens in many developing countries, but it is most prevalent in East Africa. Central to the problem is that people in areas affected by poverty have been faced with the decision of feeding their families and protecting themselves from malaria. As buying a boat and fishing net can be prohibitively expensive, and many health organizations give bed nets out for free, people are using their mosquito nets instead. Jones says women and children are also using the nets to fish in efforts to help feed their families.

“They have no choice and that’s the real societal problem,” Jones says.

About three billion people around the world are at risk of contracting malaria,  and mosquito nets have been instrumental in efforts to cut down the number of people contracting the disease. There are bans in a number of countries that prohibit the use of mosquito nets for fishing, but they have been largely ignored. Jones says more education is needed to teach people why they shouldn’t use their bed nets to fish.

He says his study is just a snapshot of what is likely a huge global issue, and that health organizations, scientists and fishing communities are going to need to come together to tackle the problem.

In my country, the mosquito net is very thin and easy to tear, making it difficult to catch fish. Anyway, an interesting piece of information

Related
Environment, Politics
EPA Erases Trump-Era ‘Waters of the United States’ RuleDan Nosowitz
Food & Drink
The Medieval Origins of Thanksgiving DinnerKen Albala
Animals
Consider the Lobster’s FeelingsLindsay Campbell
Environment
Extreme Floods In Pacific Northwest Send Farmers Into CrisisLindsay Campbell
wpDiscuz
We use cookies on our website to give you the most relevant experience by remembering your preferences and repeat visits. By clicking “Accept”, you consent to the use of ALL the cookies.
Cookie settings ACCEPT
Privacy & Cookies Policy