Plants Can Sometimes Be Sweet Friends to Each Other, Say Scientists

Plant buddies help each other out in times of stress! 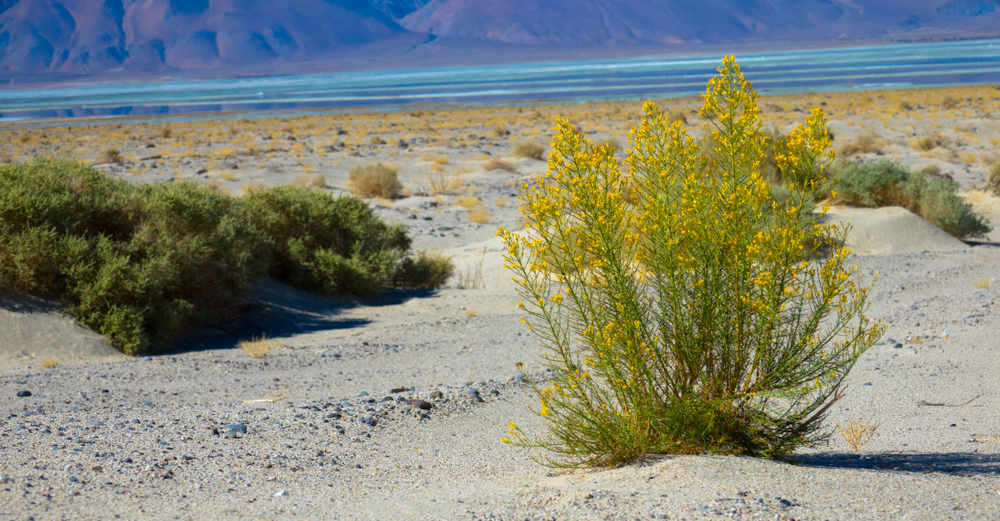 Maybe these wildflowers in Death Valley should consider a buddy.
Photography by U. Eisenlohr on Shutterstock
Share
Tweet
Pin
Email
563 Shares

It’s easy to think of plants as almost robotic, responding to stimuli, attempting to hoover up nutrients and turning them into growth, flowers and fruits.

As anyone who’s farmed or gardened knows, plants can often be in competition with each other—or at least, that’s how it seems. But that’s not always the case, according to new research from the Desertification Research Center in Valencia, Spain.

While mostly we think about nature in terms of survival of the fittest and cutthroat competition, it turns out there are plenty of cases of what’s called ecological facilitation. In those instances, an interaction between two species results in either one species unaffected and the other seeing a benefit, or sometimes in both species seeing a benefit. This is more commonly recognized in animals, but plants do it, too.

In areas with poor resources, like thin and nutrient-lacking soil, there are sometimes interactions between two plants in a particular way. There’s one plant, known as a nurse plant, which tends to be large and established. That nurse plant spreads out its branches and leaves in a canopy, under which seedlings tend to have a much higher rate of survival.

The nurse plant provides shade from extreme sun and heat, allows the seedlings to take advantage of a superior soil with more water due to less evaporation, and may drop leaves that are broken down, creating a topsoil with a more appetizing nutrient level. This kind of interaction has been observed for awhile, but it was assumed to be what’s called a commensal relationship: the seedling is helped, and the nurse plant is unaffected, at least until the seedlings grow up to compete with the nurse plant.

The new research suggests that one version of the nurse plant relationship, observed in the dry environment of southeast Spain, might actually be a mutualistic relationship. In this case, the researchers observed an adult-seedling relationship in which the adult—the nurse plant—actually saw benefits, too. The nurse plant ended up producing significantly more flowers during the spring than other plants of the same species and age that were not functioning as nurse plants.

It’s not known exactly how, but it’s theorized that by working together, the nurse plant and seedlings create a more biodynamically vibrant micro-environment that could attract more pollinators. And that’s beneficial for the nurse plant, which gets that many more opportunities to reproduce.

Plants know it too: working together can be fun, cute, and useful.

I agree that plants work together. I am not sure they ‘know’ they do.