Enter the World of Chicha

Made from purple corn, cinnamon, cloves and seasonal fruit, this traditional Peruvian drink is perfect for fall. 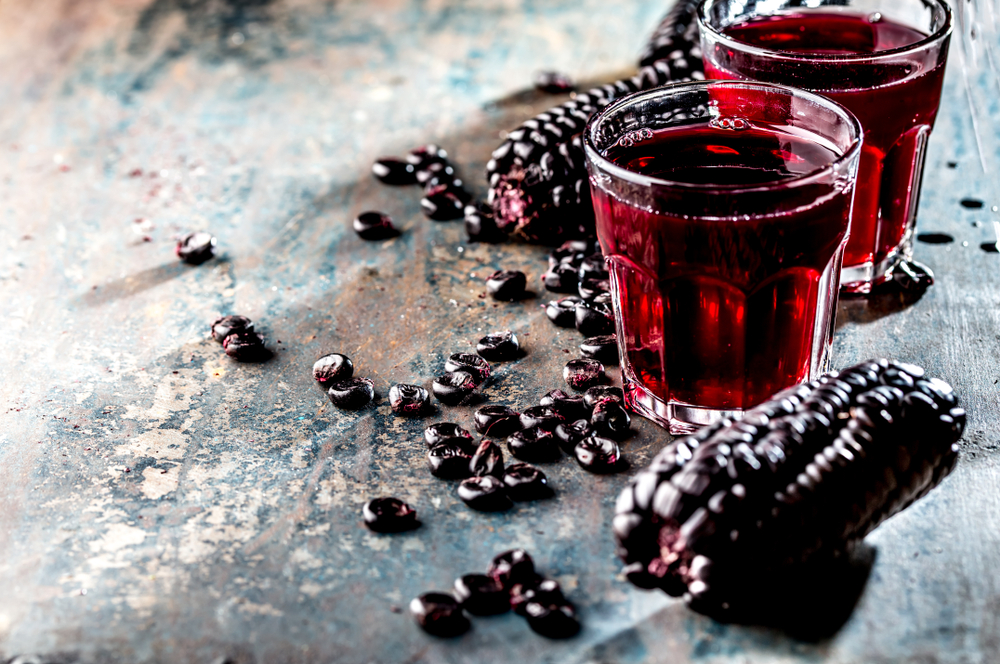 If you’ve been to Peru, you probably know about chicha—it’s as prevalent as Guinness in Ireland. If you haven’t been to Peru, you’ve probably never heard of it. There has been some effort in recent years to introduce it as the next superfood drink in North America, but it hasn’t really caught on outside of Latino communities. Chicha is a tangy-sweet beverage with powerful health properties—refreshing on ice in the summer and warming like a cup of apple cider or mulled wine in the colder months—and, superfood status or not, it deserves a place in your beverage repertoire.

The first thing to know about chicha is that there are two types: one that is an adult beverage and another that’s enjoyed by people of all ages. The base of chicha is corn, and it is commonly made with a traditional purple corn from the Andes (in this case, the beverage is referred to as chicha morada), which is off the charts in anthocyanin content. To this a variety of flavorings are added, typically including cinnamon, cloves and lime, plus a sweetener. There are infinite variations on the drink, but fruit is the most common of the optional ingredients. Pineapple is often used, as are apples and pears. Feel free to try it with anything in season.

The alcoholic version of chicha is made by first sprouting the corn, then chewing up the grain to catalyze a chemical reaction with saliva, and finally, fermenting the mess with the above flavorings. The instructions below are for the non-alcoholic version, which doesn’t require chewing or fermenting.

Ingredients
-1 pound dried purple corn kernels (it’s important to get the traditional variety—look for maiz morado at your local Latin grocer, or order it online)
-1 gallon of water
-1 large stick of cinnamon
-6 to 8 whole cloves
-1 cup sugar (or equivalent in alternative sweetener)
-4 medium limes (or lemons), juiced
-1/2 to 1 pound of seasonal fruit, diced

Preparation
Boil the water and simmer the corn, cinnamon and cloves for about 45 minutes. Strain out the solids and stir in sweetener. Add the limes along with the fruit. Serve hot, or chill it in the refrigerator and serve over ice, eating the flavored fruit with a spoon.

When I lived in Peru my favorite drink was Chicha Morada! I am happy to see that I can now grow my own purple corn.