There’s a long history of accusations of bad behavior against Koch Foods. 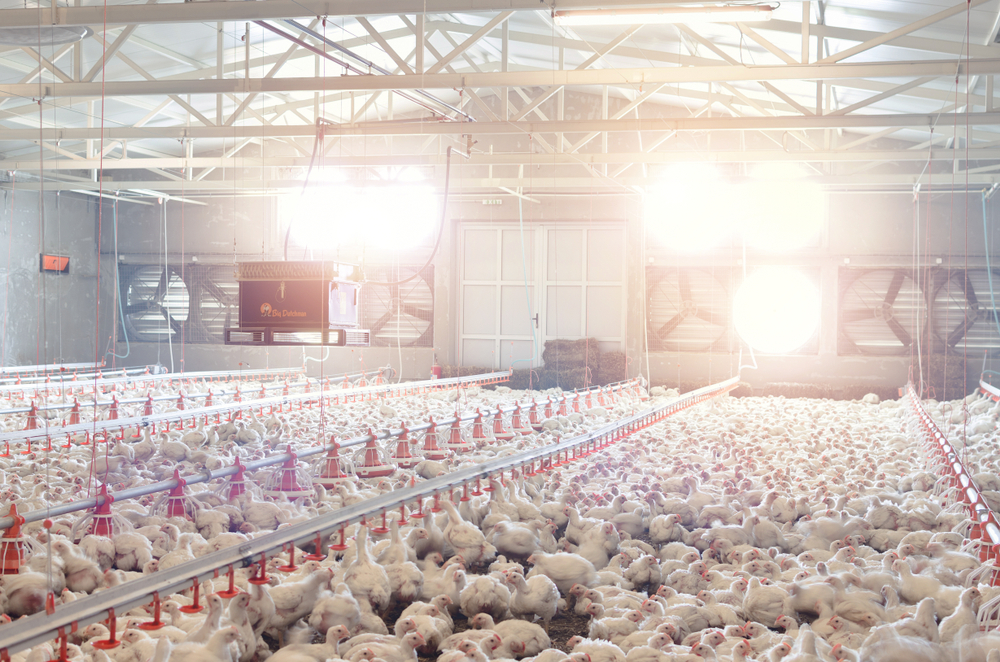 For years, one of the largest poultry companies in the country has fielded accusations of extremely bad and illegal behavior.

Koch Foods—it’s unrelated to the conservative Koch brothers—has a great deal of power, as one of the handful of gigantic poultry producers out there. These companies can literally make or break theoretically independent farm operations. And a series of lawsuits allege that Koch Foods, which supplies Burger King, Walmart, and others, has been trying to break farms owned by black Americans.

ProPublica has documented the ongoing accusations against Koch Foods, and profiles one black farmer who filed a lawsuit alleging racial discrimination. Koch Foods is a processing company, but its poultry primarily comes from farmers who are technically independent. Those farmers raise chickens according to Koch standards, and are subject to policy changes from Koch that can quickly put them out of business. Or, of course, Koch can either not contract with a farmer, or end a contract, at which point that farmer has little ability to survive.

This arrangement is true of farmers who supply Tyson, Perdue, and Pilgrim’s Pride, too, and poultry farming is not an easy business in the United States, no matter who the buyer is. But Koch Foods has been repeatedly accused of racial discrimination. In 2012, the Equal Employment Opportunity Commission brought a suit against Koch for creating a hostile work environment for Latinx workers, including physical violence, sexual harassment, and financial attacks like forcing Latinx workers to pay managers in cash to use the bathroom or receive medical leave. Koch Foods settled in 2018 for $3.75 million, and was supposed to institute actions to prevent future discrimination.

But new accusations have not abated. In June, ProPublica documented the allegations of black farmers that had contracted with Koch. There were four out of 173 in Mississippi, and three of them were, according to the testimonies of those farmers, forced out, in some cases leading directly to bankruptcy and the loss of their farms. Complaints from those farmers led to an investigation by the USDA, which found “evidence of unjust discrimination.”

Those complaints included that Koch allegedly sent a list of improvements only to black farmers, demanded unnecessary and expensive construction and lied to possible other buyers. (Koch later said that improvement list was “optional,” though the actual list did not say that anywhere, and according to ProPublica, used the word “must” six times.) These farmers also alleged that the company failed to deliver healthy chicks or enough feed for them.

That last black farmer, Carlton Sanders, filed a lawsuit against Koch this fall, alleging fraud, breach of contract, and violations of civil rights statutes. Another unnamed black farmer included in the lawsuit accused Koch of simply refusing to hire him, saying his farm was too far away from the processing facility. This is despite the fact that Koch was looking for new farmers, and that it had contracts with white farmers whose operations were farther away from the processing facility.

Koch was also the subject of one of the largest immigration raids in the country earlier this summer. Those raids, which found 680 workers arrested by ICE, followed the hostile work environment verdict against Latinx workers. Threatening to call immigration services like ICE is a commonly used method to chill any attempt by workers to demand better treatment, say experts in this Reuters story on the subject.

The Trump administration has also continuously reduced penalties and investigation resources that would allow the USDA and other organizations to find and punish labor violations by the poultry industry.

Big corporations like these mentioned in this article are killing American farmers. What’s it going to take for Farmers to see this. Something has to be done they’re just going to monopolize all of the farming industry and if you’re not a part of their group when you lose. No company should be able to get so large did they control everything that’s not how it’s supposed to be.