An excerpt from 'Ending the War on Artisan Cheese,' a new book that exposes government actions that limit food choice under the guise of food safety. 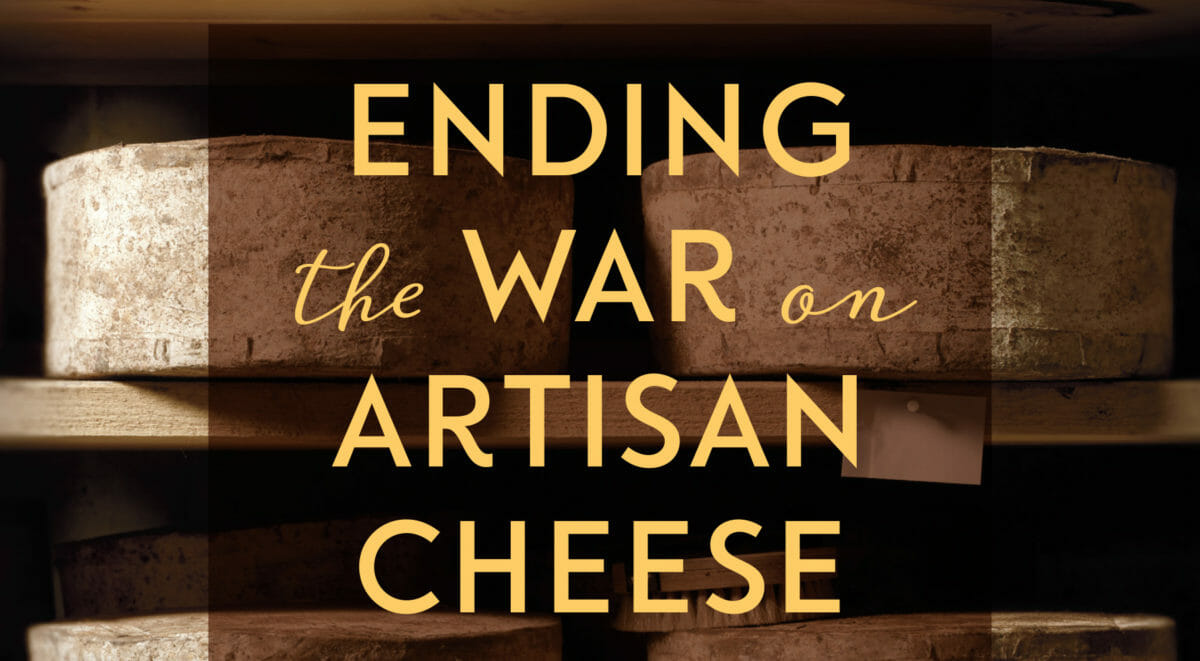 Over the past 35 years, the US Food and Drug Administration has pushed for a mandatory requirement for the use of pasteurized milk in cheesemaking, claiming a public health risk for raw milk cheese. This scenario is playing out abroad as well, where creameries are collapsing because they can’t comply with EU health ordinances. In her new book, Ending the War on Artisan Cheese (Chelsea Green Publishing, November 2019), Catherine Donnelly defends traditional cheesemaking and exposes overreaching government actions that limit food choice under the guise of food safety. The following excerpt explains how the loss of artisan cheese is tantamount to the loss of culture.

American artisan cheese has become mainstream, providing big business for retailers such as Whole Foods, Costco, Wegmans, Murray’s Cheese (now owned by Kroger), and others. Despite the success enjoyed by US artisan cheesemakers and the meteoric rise of artisan cheese production, the American artisan cheese industry faces an existential threat: regulatory overreach. Regulations that govern cheesemakers in the United States apply equally to large industrial cheesemakers and small farmstead producers who use traditional practices in their cheese manufacture. Over the past 30 years, the FDA has pushed for a mandatory requirement for use of pasteurized milk in cheesemaking, claiming a public health risk for raw milk cheese. Under such a requirement, all raw milk cheeses would be banned.

That would be a travesty for cheese lovers. Chemical and microbiological analysis shows that raw milk cheeses are more complex and more flavorful than their pasteurized counterparts. The now classic 2002 New Yorker article “Raw Faith” by Burkhard Bilger provides an apt description of the difference, as written from his perspective during a visit with maître from- ager Max McCalman at New York City’s famed Picholine restaurant. From Picholine’s high-tech cheese cave, Bilger writes:

McCalman reached over and cut wedges from two Reblochon- style cheeses, one of pasteurized milk, the other of raw. We had done a few of these comparisons already, with the pasteurized invariably tasting milder, gummier, and less complex. But this time the difference was more elemental. The pasteurized version wasn’t bad, with its musty orange rind and rich ivory pâte. But the raw-milk Reblochon seemed to bypass the taste buds and tap directly into the brain, its sweet, nutty, earthy notes rising and expanding from register to register, echoing in the upper palate as though in a sound chamber. I thought of something one of the founders of the Cheese of Choice Coalition had said when I asked her what difference raw milk could possibly make: “One is a cheese; the other is an aria by Maria Callas.”

And as McCalman expressed to Bilger: “To eat a cheese like this was to participate in the preservation of a dying culture.”

Why the difference in the taste of cheeses made from pasteurized versus raw milk? Put simply, pasteurization kills off much of the natural milk flora responsible for flavor development. Traditional cheeses are fermented foods that are dependent upon the many microorganisms that contribute to the texture, flavor, veins, rinds, wrinkles, smells, and terroir of cheese. Additionally, in an artisan/farmstead system, milk that is produced from animals fed on pasture and/or dry hay has a high microbiological quality, which is essential for making the best cheese. In an industrial model, animals are confined indoors and often fed silage or other forage mixture. Silage is the source of many microorganisms that are detrimental to milk quality and safety. Milk is collected from many farms, transported in tanker trucks, and stored in refrigerated silos for many hours or even days prior to use. Spoilage organisms that grow under refrigeration produce heat- resistant enzymes that begin to attack milk proteins and fats, producing compounds that negatively alter the taste (the five senses perceived by the tongue: sweet, sour, salt, bitter, and umami) and flavor (the smell, texture, and expectation) of the milk. Government regulation requires pasteurization for milk produced under this industrial model to ensure both quality (destruction of spoilage organisms) and safety (destruction of pathogens). In contrast, in an artisan production model, controlling feed quality, closely monitoring animal health and hygiene, and transforming milk quickly into cheese bypasses these destructive steps and results in a cheese that reflects the superb attributes of the starting milk.

The debate over the safety of raw milk cheese has fiercely divided American cheesemakers and government regulators, and outraged cheese lovers. Currently, certain cheeses can be legally manufactured from raw milk only if they are aged for 60 days or longer. Aged cheeses have enjoyed a long and well-documented record of food safety, and the FDA’s attempts to mandate pasteurization of all milk intended for cheesemaking comes despite scientific evidence supporting this record of safety. The FDA’s activity has escalated recently, with the establishment of stringent micro- biological criteria that only cheeses made from pasteurized milk can easily meet. When artisan and farmstead cheesemakers voiced their concern to the FDA through their congressional representatives in late 2015, the FDA temporarily backed down, but these cheesemakers remain extremely fearful for their regulatory future.

That is because, besides making our cheese more bland and the range of available cheese styles much narrower, a ban on raw milk cheesemaking would economically devastate nonindustrial cheesemaking in the United States. This is particularly true in states like Vermont, New York, California, Washington, and Wisconsin, where artisan cheese producers use raw milk in the production of aged Cheddar and other value-added cheeses. The artisan cheese renaissance is creating precious opportunities for small-scale dairy farmers and cheesemakers, who are often in rural economies facing challenging times. Jasper Hill Farm is one example of an artisan creamery that is flourishing in the Northeast Kingdom of Vermont, a region where until recently many barns hadn’t seen cows in 40 or 50 years because the low price of milk bankrupted farmers. If artisan and farmstead cheesemakers are not able to differentiate their products from industrial, pasteurized processed cheeses, things will head south for them once more, and consumers will be deprived of the delicious cheeses that artisans produce. Mateo Kehler, the cofounder of Jasper Hill, put his frustration bluntly in the foreword to The Oxford Companion to Cheese: “I used to believe that the greatest threat to our business was a microbiological threat, but have learned the microbiological risk can be managed. I now believe the biggest risk to the cheeses that are the foundation of our business is a regulatory risk.”

The weight of scientific evidence does not land in the FDA’s favor. Most outbreaks occur as a result of post-process contamination, which is when cheese is recontaminated at some point along the production and distribution chain, negating the safety impact of pasteurizing the milk. Additionally, studies of several cheese styles have documented the ability of a host of bacterial pathogens—including Listeria, Salmonella, E. coli, and Staphylococcus aureus—to survive the current 60-day aging period, and yet outbreaks of human illness linked to raw milk cheese consumption are rarely reported. This remains true despite the tremendous growth in sales and consumption of artisan and traditional cheeses worldwide, which has exponentially increased consumer exposure to raw milk cheeses with limited adverse consequences.

This is not just an issue for American cheesemakers: A raw milk cheese ban could eliminate the ability of cheese retailers such as Whole Foods to import traditional cheeses from Europe and the rest of the globe because their PDO (Protected Designation of Origin), AOP (Appellation d’Origine Protégée), and former AOC (Appellation d’Origine Contrôlée) statuses often require these cheeses to be manufactured from raw milk. Beloved European cheese varieties such as Parmigiano Reggiano, Grana Padano, Gruyère, Comté, Emmental, and Roquefort would all be affected by proposed FDA regulations, and the importation of traditional cheeses such as Tomme de Savoie, Morbier, Abbaye de Belloc, St. Marcellin, Montbriac, Tomme de Bordeaux, and St. Nectaire fermier is already being restricted, or altogether eliminated. The issue has the potential to affect global trade and to further divide the United States from the rest of the world when it comes to views on food production and food safety. 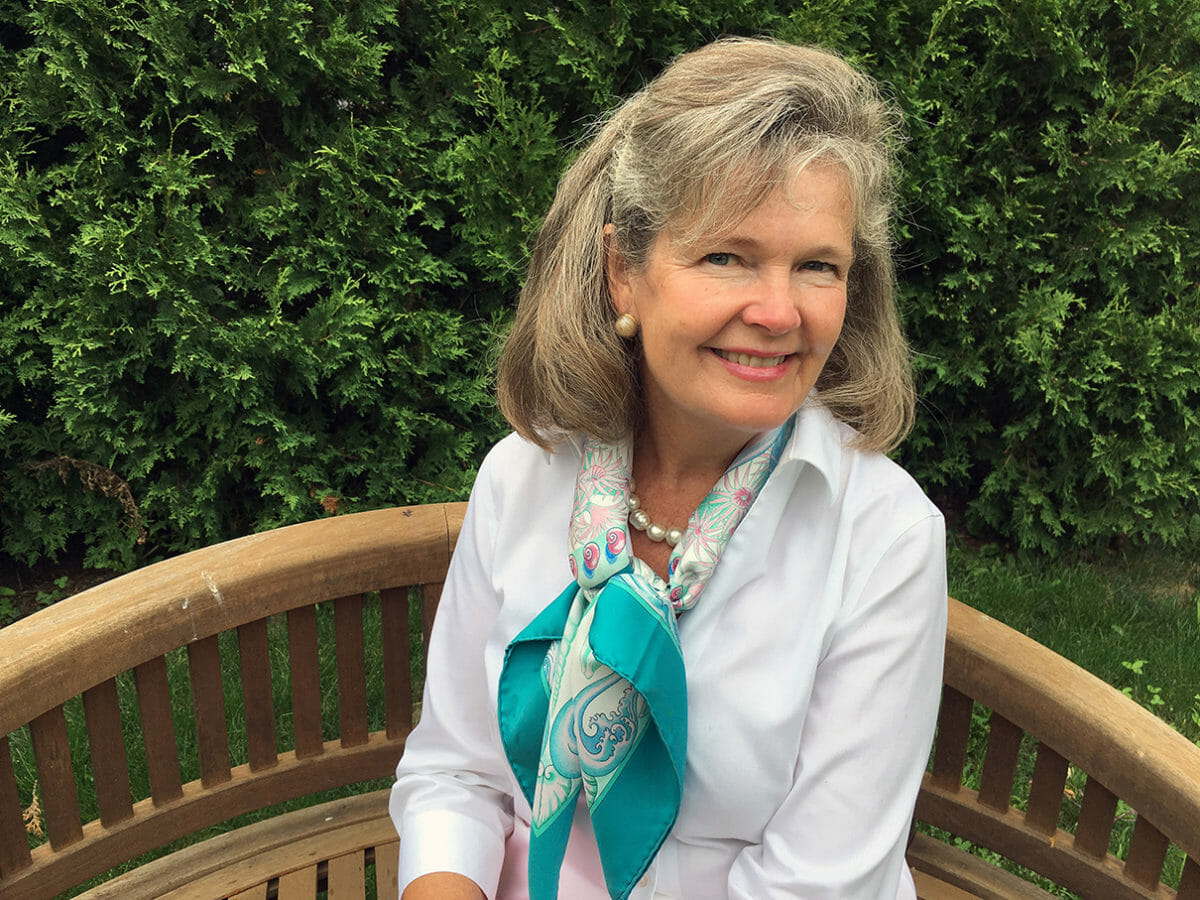 Catherine Donnelly, PhD, is a professor of nutrition and food science at the University of Vermont and an expert on Listeria and other foodborne pathogens. Dr. Donnelly won the 2017 James Beard Award for Reference and Scholarship for The Oxford Companion to Cheese, the most comprehensive cheese encyclopedia ever published.

Catherine, We, at Cheezytoons truely appreciate the diligent work you put into educating the world about the healthy benefits of wonderful cheese! Thank
You!

Wow, this is incredibly fascinating! Thanks for this interesting article and the work that you do to educate about the world of cheese. Keep up the good work!

Wow, this is realy amazing!