Is Eating Red Meat Bad for You? A Controversial New Study Says Not Necessarily

This contradicts a large body of evidence that shows cutting back on red meat has health benefits. 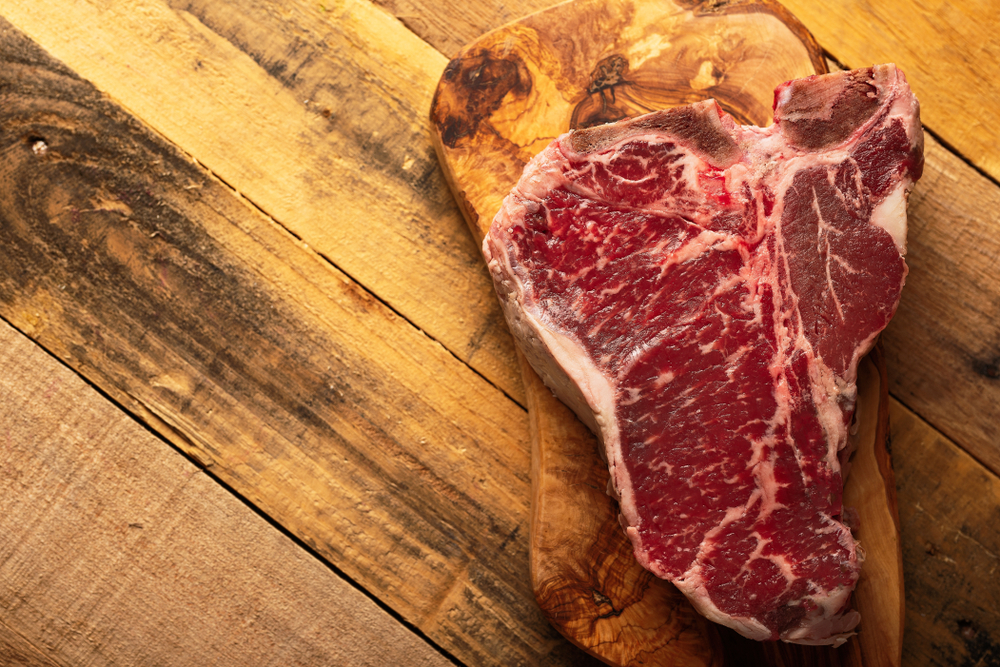 For years, the consensus among nutritional experts has been that reducing the amount of red meat you eat is beneficial for your health. Research has shown that people who eat red and processed meats are more likely to suffer from heart disease, colorectal cancer and other health issues.

But a new study suggests that limiting red meat intake might not actually make that much of a difference. A panel, led by researchers at two Canadian universities, used a “rigorous systematic review methodology” and did not find a significant association between health risks and eating red and processed meat.

“This is not just another study on red and processed meat, but a series of high quality systematic reviews resulting in recommendations we think are far more transparent, robust and reliable,” said Bradley Johnston, an associate professor at McMaster University and an author of the paper, which was published in the Annals of Internal Medicine.

The paper has provoked outrage from many nutritional experts, who nod to the mountain of evidence that the study contradicts. Critics took issue with the study’s methods, known as GRADE, which are typically used to evaluate the quality of evidence in drug trials. They said these methods shouldn’t be used in studies about diet.

The paper’s authors said they knew the study would be controversial, but that it is based on the “most comprehensive review of the evidence to date.”

Nutritional experts who rejected the study also said that its conclusions should not change current guidelines on healthy eating by organizations like the American Heart Association, which say people should try to limit their intake of red and processed meat.

Those who want to follow that advice don’t have to go full cold turkey on eating red meat, though, according to a separate study released this week. In that study, researchers at the University of Nottingham found that just cutting the amount of red and processed meat in your diet in half lowers the amount of “bad” cholesterol in blood vessels and reduces your risk of heart disease.

UPDATE: The New York Times recently reported that Johnston (the study’s lead researcher) failed to disclose his connections to the International Life Sciences Institute (ILSI), a group supported by agribusiness (and whose members have included Cargill, McDonald’s and Coca Cola). In 2016, Johnston worked on a study funded by the group that tried to discredit health guidelines that told people to eat less sugar. The World Health Organization has criticized ILSI for funding junk science that undermines public health guidelines.

One of the companies funding these reports: Coca Cola. Think about it.

Eat plants as much as you can. It’s what human species started with.

Popular
A Once-Forbidden Fruit Makes a ResurgenceShelby Vittek
7 Smokable Plants You Can Grow That Aren’t MarijuanaBrian Barth
6 Differences Between Llamas and AlpacasAndrew Amelinckx
OSHA fines Poultry Companies $1 Million after Deaths of Six WorkersDan Nosowitz
Goat Sex: Everything You Wanted to Know But Were Afraid to AskAndrew Amelinckx
Explore Modern Farmer
Related
Food & Drink, Travel
Hit the Food Trails This SummerEmily Baron Cadloff
Food & Drink, Plants
Philippines Becomes First Country to Approve GMO ‘Golden Rice’Dan Nosowitz
Food & Drink
Happy 50th Birthday to the Berkeley Restaurant that Launched Farm-to-Fork EatingPaul Freedman
Animals, Food & Drink
Rancher Co-ops Offer Meat-Processing Solution For Small FarmersCatie Joyce-Bulay
wpDiscuz
We use cookies on our website to give you the most relevant experience by remembering your preferences and repeat visits. By clicking “Accept”, you consent to the use of ALL the cookies.
Cookie settings ACCEPT
Privacy & Cookies Policy