An excerpt from "Food or War," a forthcoming book that proposes a new food system to feed the world's population and avoid armed conflict. 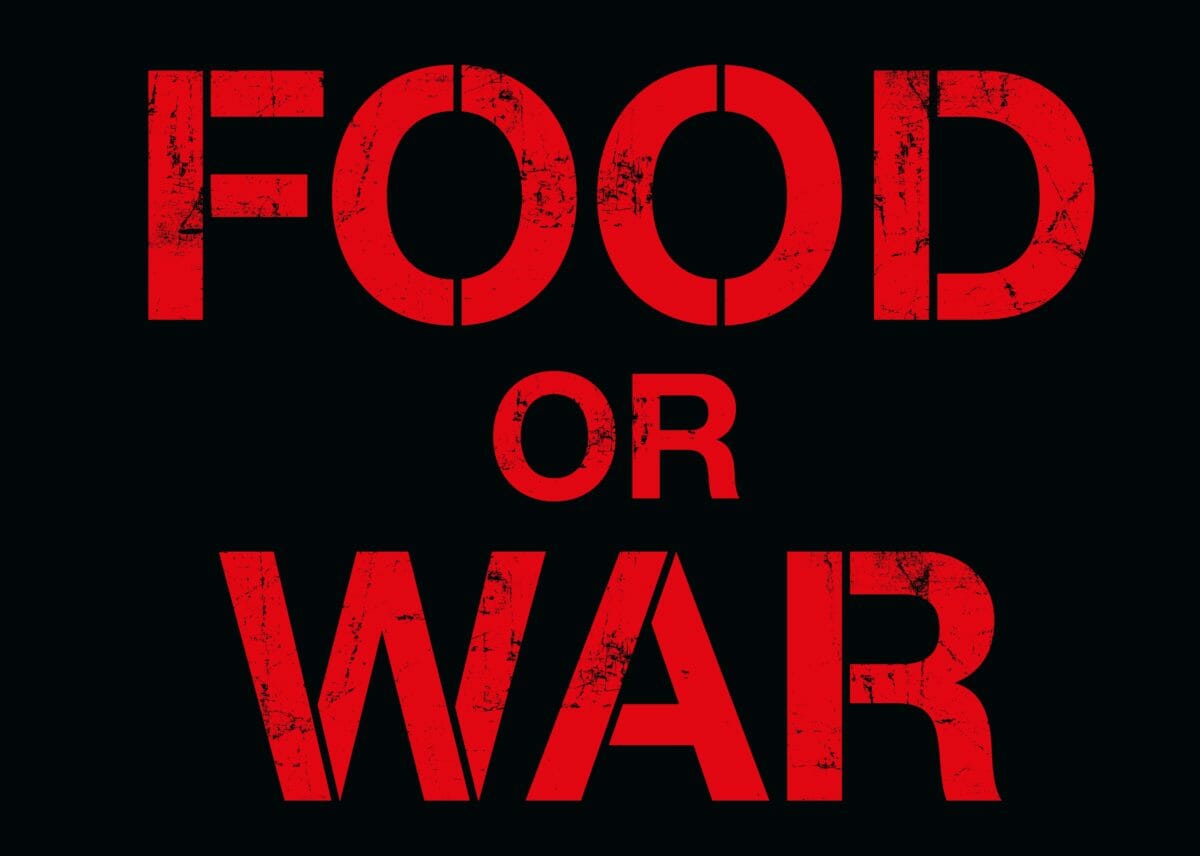 The following is an excerpt from Food or War (Cambridge University Press, October 2019) and is reprinted with permission from the publisher.

‘If agriculture fails, everything else will fail.’
-M. S. Swaminathan, father of India’s Green Revolution

The basics of the global food system, which today feeds seven to eight billion people, were developed by the ancient Romans. Their model of mono-crop, broadacre export agriculture has been taken up worldwide, with science and machinery substituting for the slave labor and manual methods of the ancient world, to boost its yields of food in the modern era. It has been phenomenally successful—being the chief driver—coupled with vaccines, antibiotics and public health—in a tripling of the human population since the mid twentieth century.

Today’s food is thus the product of an Iron Age system, supercharged and propped up by the addition of recent high-intensity technologies, chiefly chemistry, fossil fuels and biotechnology. There is good reason to question whether this is the most suitable, sustainable and stable form of food production for the hot, overcrowded world of the mid twenty-first century, in which all resources and biological systems face acute stress.

Agriculture has been humanity’s crowning achievement and one of the central dynamics in the ascent of civilisation: none of the technological wonders of the modern world would have been developed without it. Those early experiments in domesticating plants and animals in the Tigris–Euphrates, Indus and Yangtze valleys supplied the essential bedrock for today’s cities, industries, professions, arts, religions, sciences and commerce. However, to assume that, because it was successful in the past, agriculture is the only way to produce food in the future is, at best, sentimental nonsense—and at worst, perilously unrealistic on an overheated, over-populated, over-exploited planet.

What has changed is the sheer vastness of the human impact on the Earth. Had our population, society and its food and energy demands remained at the levels of the 1950s, then agriculture would be fine as the mainstay of food production in a stable world populated by 2.5 billion people with modest demands. In a world of seven to ten billion, each using five to ten times the amount of resources used by their grandparents, however, this ancient method of food production is looking increasingly shaky, imperilled by planetary changes now afoot—erratic climate, loss of soils, scarcity of water, global chemical pollution and ecosystem decline.

Back in the nineteenth century, when there were around one billion humans, we thought coal was sustainable forever too—though we understood it was dirty and caused disease. In the modern world, its massive over-use inflicts catastrophic damage on the Earth’s atmosphere, climatic systems and human health in general with every day that passes. Coal and oil are implicated in the deaths of up to nine million people a year—one in six—and are the primary drivers of global climate change: coal alone supplies 42 percent of humanity’s total carbon emissions. The world at large has grasped this—barring a handful of corporate executives and their pet politicians, who do not care what becomes of their grandchildren—and is making the essential transition to clean, renewable energy and transport systems. Though maybe not nearly fast enough for traditional farming to have a future.

The footprint of agriculture has grown in proportion to the growth in human numbers and demands. Today it occupies around 37 percent of the Earth’s terrestrial land surface. This may not sound much—until one considers that only 71 percent of that land is habitable. Thus, it can be seen that food production uses 52 percent of the available world land area to feed humanity now—and could potentially occupy close to 70 percent by the mid century.

This is not to suggest there is no future for agriculture—far from it, in fact. But it is to suggest that old-style industrial agriculture can no longer be the only source, or even the main source, of humanity’s food supply when innumerable other options with less impact, lower vulnerability and greater benefits exist. And also, that the way we do agriculture in future will be very different from the way we do it today.

A warning that the present food system is on the way out was clearly articulated by a conference of food scientists from 17 countries held in Sydney in 2016. It concluded:

Access to diverse nutritious food and potable water is a right for all life. Our current food systems supporting humans, domestic animals and plants are neither sustainable nor ecologically sound. An integrated and holistic approach involving the whole of society is needed to reverse unsustainable trends within current food systems.

A highly authoritative warning was sounded by the EAT-Lancet Commission in early 2019. In a report entitled Food in the Anthropocene, the Commission concluded: ‘Food systems have the potential to nurture human health and support environmental sustainability; however, they are currently threatening both’, adding that “Unhealthy and unsustainably produced food poses a global risk to people and the planet.” Boldly they then set out to describe a healthy, sustainable global diet, which included little or no meat. This diet met with a storm of criticism from both food and livestock fans, yet the critics did not undermine the Commission’s essential point – that the modern food system is broken, and needs fixing.’

“As we race towards a population of nine billion, business as usual for farming is no longer a viable option. We must take a more ecological approach,” argued two agricultural experts, Nina Moeller and Michel Pimbert, in an article in Britain’s The Independent newspaper. They continued:

The failings of dominant food systems are becoming impossible to deny. Current production methods are severely polluting. They are the cause of malnutrition. They are also inequitable, and unjustifiably wasteful. And they are concentrated in the hands of few corporations. Entangled in the multiple crises humanity is facing, establishing  global food security is considered a key challenge of our time.

“The greatest barrier to hope on the hunger front is sociopolitical. Above all, it arises from a combination of ignorance, politics and the stresses on the world order from human overpopulation,” add environmental scientists Paul Ehrlich and John Harte. “The multiple harms that global warming is causing, especially to human access to adequate food supplies, will only increase if the science deniers continue to provide politicians with excuses to do nothing about the problem, while the media remains nearly silent.”

That the existing industrial model of the food production system is unsustainable we have already seen in its impact on soil loss and water scarcity and its vulnerability to climatic extremes—with the added danger that this susceptibility may lead to war. This chapter considers other factors that make conventional industrial farming unsuited to feed the world in the future. 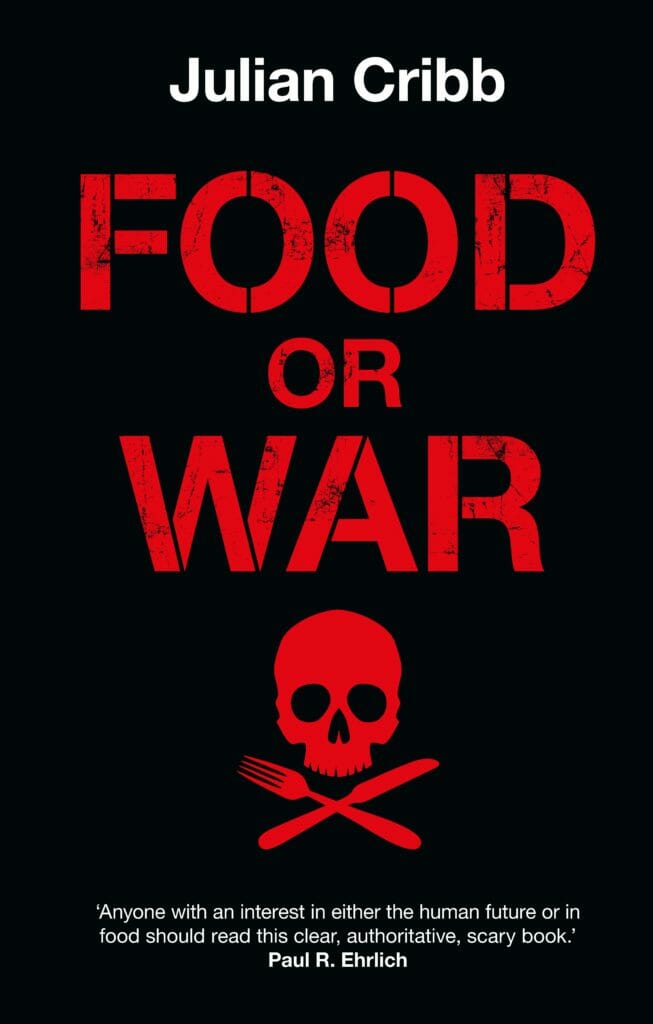 The message is repeated over and over, with no clear direction or action. A small group of people continue to beat the warning drums. With the noted possible outcome, malnutrition, and accumulation of resources and money in the hands of a few, the future may have some very undesirable outcomes. Are obesity and poor health caused by poor nutrition in the food available? Hmmm. Something to think about.