Does Certified Organic Mean What We Think It Does? - Modern Farmer
Food & Drink, Plants

Does Certified Organic Mean What We Think It Does?

Here are five ways it does not. 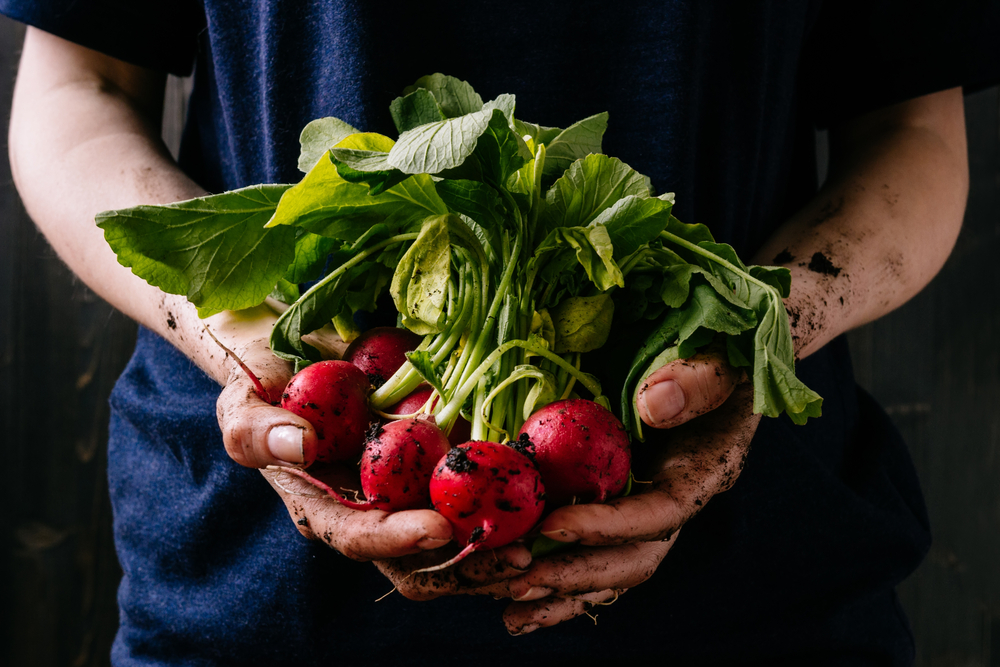 There’s something of a civil war brewing in the organic movement. On one side are industry boosters boasting about how organic has gone mainstream. These folks are fine with a Big Ag version of organic agriculture—enormous monocrop fields and global distribution to every Walmart across the land. On the other side are purists who feel that the spirit of organic—building healthy soil, promoting biodiversity, focusing on small producers and distributing regionally—is no longer represented by the USDA certified organic label (hence the various alternative organic labels popping up).

The USDA certification has never explicitly required any of those things, however. Instead, organic rules focus primarily on substituting natural fertilizers and pest control methods for chemical ones. But even here things aren’t quite as they seem.

Does Organic Mean Toxin-Free?
Not entirely. USDA standards allow the use of several dozen synthetic chemicals on certified organic farms, although most are fairly benign substances, and those that aren’t tend to be heavily restricted in the ways that they can be applied (certain synthetic fertilizers are also permitted in limited circumstances). More of an issue is that some of the naturally derived substances permitted for use as pesticides are used in unnatural concentrations that make them highly toxic (to creatures such as bees, for example). Rotenone, a notoriously toxic but naturally derived pesticide, was on the list of permitted substances until last year.

Does Organic Mean Local?
Not at all. Organic products constitute around five percent of food sales in the United States, but only about one percent of U.S. farmland is organic, suggesting that most organic food is imported. Organic certification does not take carbon footprints into account—and it’s fairly clear that organic grapes flown in from Chile have a larger environmental impact than their locally grown but conventional counterparts.

Does Organic Mean Grown on a Small, Diversified Farm?
The organic standards say nothing about size and little about diversity. Things such as hedgerows for habitat are encouraged by the standards, but there is nothing in the rules that prevents organic farmers from planting monocultures fence line to fence line.

Does Organic Mean Livestock Roam Free and Forage on Grass?
This is an extremely contentious topic between Big Organic and the purists. Organic livestock must be provided access to the outdoors and, depending on the species, must receive a portion of their diet from foraging. But there are a lot of convoluted rules—some would call them loopholes—regarding how those requirements can be met. The bottom line is that it’s possible to stick to the letter of the organic law and run a livestock operation that differs little from a confined animal feeding operation, aka factory farming.

Does Organic Mean Topsoil is Restored?
Rebuilding topsoil that teems with microbial life was the foundation of the organic movement in the 1960s. This was a response to the sterile, eroded soil that 20th-century conventional agriculture methods left across the planet. The inconvenient truth is that organic agriculture requires frequent cultivation to control weeds, leaving it bare and susceptible to erosion. In the 21st century, conventional agriculture is increasingly based on the use of herbicide-tolerant GMO crops that have vastly reduced the amount of tillage required, cutting down significantly on erosion (at the cost of greater herbicide use, however). Erosion as a result of frequent cultivation isn’t much of an issue on a small diversified farm, but large monocultures of organic produce are likely to lose more topsoil each year than well-managed conventional ones.

You are on target with the discussion regarding the misconception of Organic meaning “Small Farm”. This could not be more accurate than in the Dairy world where Organic Valley has pushed harder and harder to high producing large scale and yes even robotic farms over their traditional truly small farms. I have seen this first hand with Organic Valley over the last decade plus. O.V. maintains their Amish farmers, so that they can portray the image that they want to put in front of the consumer. Just ask where the volume of milk is obtained from, it is not from… Read more »

Lots of inaccuracies in this article. For one, the approved “chemical” list is small and can only be used if they prove it necessary (such as an infestation of insects). Second, organic farming tends to focus on no till practices. See Rodale Institute for real information on organic farming and the truth about regulations.

Despite any inaccuracies in details, I appreciate the article’s pointing to important differences in big organic and small diversified farms selling mostly locally. NOP has been helpful for distinguishing conventionally grown from “certified organic” in the grocery store, but I prefer the quality of fresh and locally grown – even without the Cert Org seal – and from farmers I can talk with directly. For conscious food consumers, the highest standard might not require regulation at all: Seasonal, Organic, Unprocessed, Local.

Two major inaccuracies in this article. The National Organic Program’s National List of Allowed and Prohibited Substances details about 25 synthetic products that are allowed to be used in organic crop production, not “several dozen” as this article states. Meanwhile, there are more than 900 synthetic pesticides approved for conventional production. The EPA cancelled all food uses of rotenone by 2010. “After implementation of the National Organic Program (NOP) in 2002, no rotenone formulations registered by EPA were ever deemed in compliance with the NOP.” Rotenone wasn’t on the NOP’s list of permitted substances until last year. https://hygeia-analytics.com/2017/01/04/rotenone-use-in-organic-farming/

The system is based on the producer being honest and the certifier confirming their honesty. And this article makes no suggestion as how to make a better system. There has faults, but the consumer has a responsibility to educate themselves as to what they are buying. Don’t like Aurora Dairy, don’t buy their product. Although organic doesn’t mean local, neither does local mean organic. Yes I can use those products if I have not been able to control a pest, but I have to try other methods first. SO what do you want me to do? use them, go out… Read more »

As a agricultural producer I’ve always questioned the ethics behind organic. By creating a demand for organic we are reducing global food production. In order for me to be an organic grower (and obviously my farm is not necessarily the same as all farms) I would essentially be halving my output but due to the increased value not my net profit. In my circumstance the increased sale price doesn’t offset the decreased yield but this isn’t the case for everyone. From a grower business perspective I get it but from the ethically minded consumer I don’t understand the mindset behind… Read more »

I’m baffled by all this nonsense about “organic” farming. Folks, this is mostly an elitist marketing hustle that supposedly justifies a higher price for your food: it doesn’t mean what you think it means. I did conventional farming for over 50 years, checked out the organic farming craze, and was totally unimpressed. I’m a fan of small family farms and low chemical use and the whole nine yards, but as a working farmer I was, and still am, utterly unimpressed with “certified organic” and all that b.s.

My mentor Horst Rechelbacher who created the Aveda empire started a organic beauty and wellness product line “Intelligent Nutrients” after selling Aveda to Este Lauder. It was his form of activism against the “loopholes” of organic labeling and “green washing”. It seems we are a culture of people less concerned with the health of the planet and more concerned with profit. Personally when I walk down the isle and see the green or black organic labeling I chuckle. Its becoming “knock off” consumerism everywhere we go in America. The only way to trust the true definition of organic is to… Read more »

Some valid concerns are brought up in this article, any specific fact-checkings aside. And I believe the author was well-intended, regardless. However, as co-manager of a small, diversified, direct-market family farm that is not certified, but goes well above and beyond the requirements, and as a parent and an environmentalist, I’m often concerned by articles like these. I worry that focusing so hard on the shortcomings of the industrial organic system paints a skewed picture to those less familiar with the complexities of the bigger picture and specifically the severity of the problems involved with the main alternative (industrial “conventional”).… Read more »

What about OMRI certifications and where is the industry at on organic hydroponics?