The urban farm trend continues to grow. Literally, and in multiple ways. 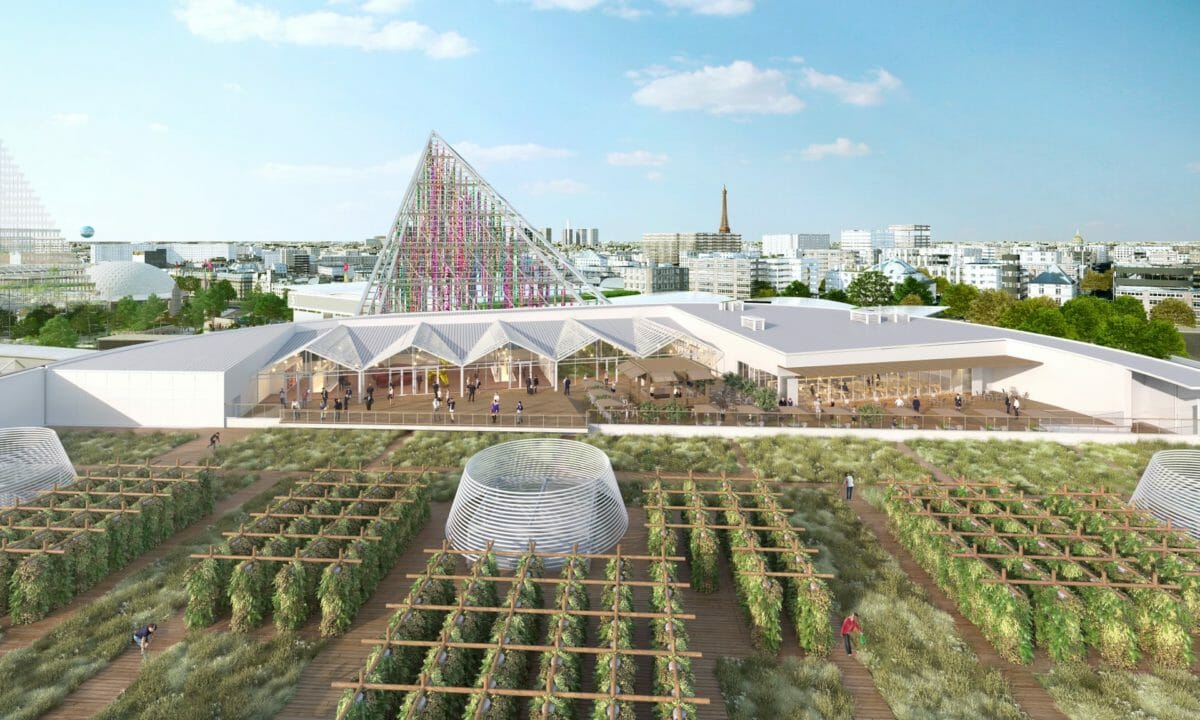 Urban farms have become a trendy and useful way to take even the smallest, most awkward, or most unwanted of city spaces and turn them into food producing venues. Unused factories, former landfills, and, especially, rooftops have sprouted farms all over the world. Among the world’s largest and best known is Brooklyn Grange, on a rooftop in the Brooklyn Navy Yard, at about 65,000 square feet.

But this new project, from French urban farming company Agripolis, dwarfs even that. The new farm will span about 150,000 square feet, hosting 20 farmers and 30 different crops. Located on the recently renovated Paris Expo Porte de Versailles, an exhibition center next to the historic Marais district, the site aims to produce a whopping 2,000 pounds of food per day in the peak season.

That seasonal thing isn’t as clear-cut as you might think; to save space and weight, the farm will be forgoing soil altogether. Agripolis’s new enterprise will be using an aeroponics method. Crops will be placed in vertical towers and misted with a solution containing nutrients (like fertilizers) dissolved in water. Aeroponics has the potential to use far less water than both soil and hydroponic methods, and is a favorite of urban (or simply small-space) farmers.