The CBD market thanks you. 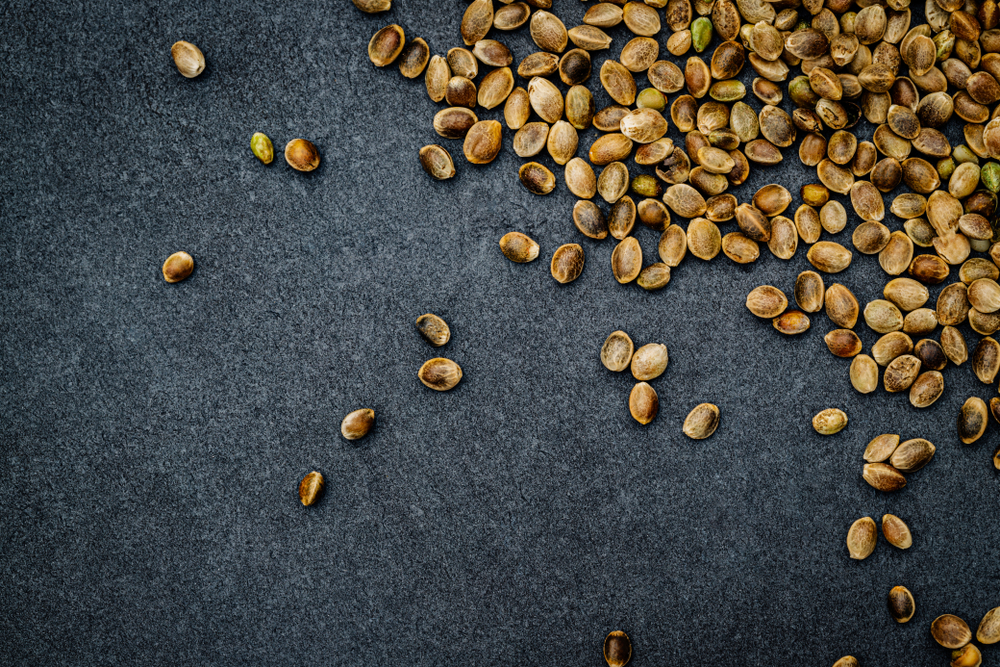 With industrial hemp becoming federally legal thanks to the 2018 Farm Bill, research has had to work hard to catch up after decades of prohibition.

A vital part of creating a thorough picture of any crop is research institutions. Industrial hemp, not having been federally legal, had only scattered, minor ones—labs with special exemptions, that kind of thing. This week, New York Senator Chuck Schumer announced $500,000 in federal funding for a major hemp research facility: the country’s first hemp seed bank.

Seed banks are a vital part of modern agriculture. They are, at their core, repositories of as many of the different varieties and strains of plants as can be found—libraries, of sorts. But they’re not mere hoarder stashes. Seed banks are essential resources for research. Without a properly stored and annotated selection of seeds, breeding becomes unpredictable and random. If a farmer or lab wants to create a plant with specific abilities (say, drought resistance, or tolerance of salty soil, or extra-large leaves), seed banks provide the raw material, with data explaining the origins and specifics of each seed.

Industrial hemp is fairly easy to grow, but in large part, it hasn’t been grown in large enough quantities in the United States for farmers to know all that much about it. How does it react to certain pests? Certain pesticides? How does it grow with other crops?

It’s also worth noting that industrial hemp is seen as a savior for many farmers, a wonder-crop. It grows in many different environments—Schumer wants to create an industry in chilly upstate New York, and rocky Appalachian Kentucky is already one of the bigger producers—and yet could command huge prices. CBD, a controversial extract about which little is known but much is claimed, is mostly isolated from industrial hemp. And CBD is a billion-dollar industry, and growing fast.

The seed bank will, at least in Schumer’s hopes, establish New York as a center of industrial hemp research. It’ll be a collaboration between the USDA’s research arm and Cornell University, and located in Geneva, New York.

Wonder when will it be in KC..

Hola ….I reside in chiriqui Panama at a high alltitude ..ye I want to diversify ..I am very interested in growing hemp on our farm..can anyone introduce me to a seed supplier or a partner who might want to invest in growing hemp in volcanic soil..

There are plenty of other hemp seeds banks that are great. Fortuna Seeds is the best place to get feminized hemp seeds out of them all.

Why does it have to be located in New York, way away from the heart of the farming country…but close to the financial capital…The seed bank should be in the middle of the country where it matters the most, in Madison, WI.

Related
Plants
They’ve Come a Long Way, But Gene Banks Still Lack Protections for...Shea Swenson
Food & Drink, Plants, Recipes
A Botanist-Bartender’s Ode to the DandelionDanny Childs
Politics
President Biden Calls on Farmers to Double Crop in Face of Food...Emily Baron Cadloff
Health, Labor, Politics
The Meatpacking Industry Drafted Trump’s 2020 Order to Keep Plants Open At...Madison McVan
wpDiscuz
We use cookies on our website to give you the most relevant experience by remembering your preferences and repeat visits. By clicking “Accept”, you consent to the use of ALL the cookies.
Cookie settings ACCEPT
Privacy & Cookies Policy