Changes in the way bailout money has been doled out may benefit the largest. 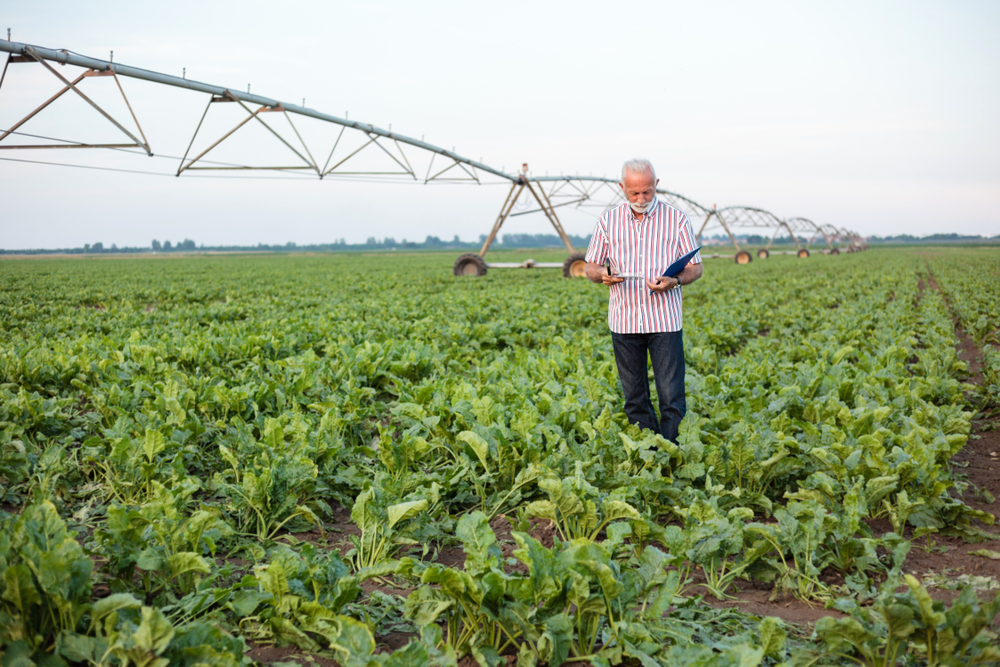 With the Trump administration’s trade war adding to what has been a truly horrific year for American farmers, the USDA announced some more clarification on the latest bailout package.

This second round of bailouts is, like the first, designed to keep American farmers solvent during a year stuffed with drastic cuts in exports, droughts, rainstorms, and market difficulties. The USDA made some changes to the specifics of who gets how much money and why. But is it actually helping those who need it?

The Environmental Working Group analyzed the data provided by the USDA regarding the first bailout, to learn more about how the money is being distributed. This bailout, as with the last (and, in general, as with all government agriculture assistance), is based on the size of a farm. The idea is fairly clean: the larger a farm is, the more it has to lose, and thus the more money it takes to make whole.

These bailouts are supposed to have caps on how much a single farm can collect—$125,000 per individual farmer—but the guidelines for who actually counts as an “active farmer” are extremely low. The Washington Post notes that a person who simply calls into a few phone meetings per year can count as an active farmer, and thus take in up to that $125,000 mark.

The payments technically are part of what’s called the Market Facilitation Program, or MFP, which includes the bailout money as well as various risk-mitigation and insurance payouts. That has all meant an awful lot of money floating around: the EWG found that 82 farmers collected over $500,000 in MFP money in 2018-2019. Deline Farm Partnership, in Missouri, collected a whopping $2.8 million. (Deline has not responded to requests for comment from the Southeast Missourian, a local news source.)

In comparison, found the EWG, the bottom 80 percent of farmers received less than $5,000 each.

Further analysis from the Farm Bill Law Enterprise showed that the MFP money has disproportionately gone to white farmers—99.4 percent of MFP payments went to non-Hispanic white farmers, while estimates indicate that 95 percent of American farmers are white. That difference gets more stark when you drill down: in Mississippi, says Farm Bill Law Enterprise, 14 percent of farms have a black principal operator, but only 1.4 percent of Mississippi’s MFP payments went to black farmers. The USDA, for what it’s worth, has a very long history of discrimination against non-white farmers, even settling a lawsuit in 2010 for $1.25 billion.

The newly released rules for this round of MFP payments actually raise that cap from $125,000 to $250,000 per farmer. They also change the way size of farm is measured: instead of measuring by bushel output, the measurements will be by acreage—also something that may benefit white farmers, given the difficulty non-white farmers face in securing and keeping farmland.

Another change: previously, each farmer applying for MFP assistance had to have an average adjusted gross income of less than $900,000 per year. That’s been changed: there’s now no limit on the size of an applicant’s income, as long as 75 percent of the income “is derived from farming, ranching, or forestry related activities.” That opens up super-rich investors, relatives, and anyone else who can convince the USDA that their wealth comes from the land.

It makes sense, on a basic level, that the larger farms require larger payouts to keep afloat. But the calculus shouldn’t be quite so simple. Enormous farms may have greater expenses, but they also may be able to turn more of a profit and save more money, compared with smaller farms that hang on, check by check, each year. The efforts thus far appear aimed at protecting the largest farmers, and not necessarily the most vulnerable.

Capitalism at its best

Since this is “Modern Farmer”. Shouldn’t you know soybeans. Or are you too busy trying to settle the worlds perceived injustices….

The analysis of the Environmental Working Group and many others is invalid, because it doesn’t account for the full farm bill impacts, including the absence of #PriceFloor programs. Follow the money? But the big money is not in farm bill spending. It’s the reduced value to farmers from chronic market failure combined with the absence of the real farm bill since 1996, (prior to which price floors were reduced over 43 years, like lowering the minimum wage). Short term we can see that the farmers getting the bigger subsidies from Trump are the ones getting the biggest reductions in Net… Read more »