The USDA’s Scientific Department Has Unionized. Will the USDA Care? - Modern Farmer
Politics

The USDA’s Scientific Department Has Unionized. Will the USDA Care? 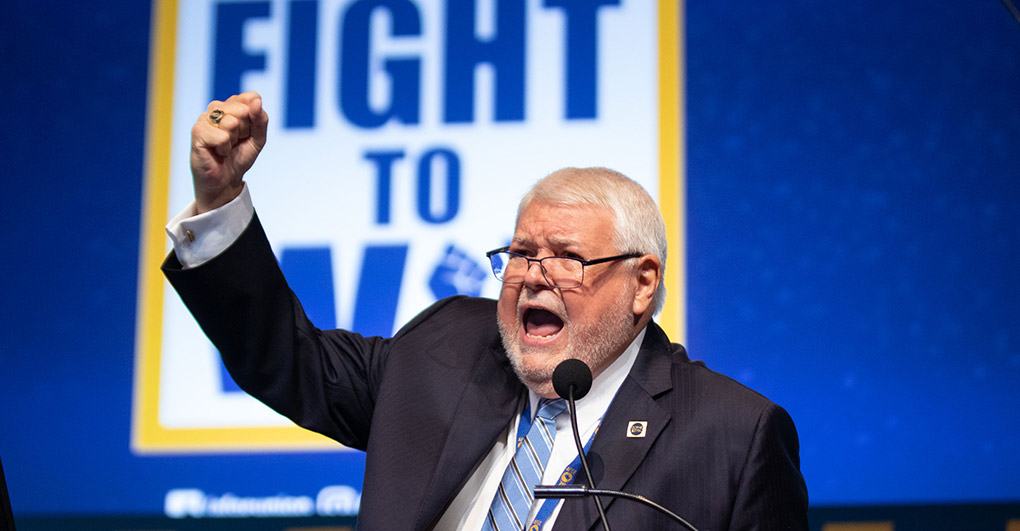 The decision was seen by many, including those in the ERS, as a deliberate attack on government scientists, who have repeatedly clashed with the Trump administration. On June 13th, the USDA announced the planned relocation site for these scientists: Kansas City. The scientists are not giving up quietly.

Perdue has spun the decision to move the ERS as being both a benefit financially and as an effort to get agricultural scientists closer to farm country. Scientists have bristled at this: the ERS works extensively with other governmental agencies, all of which are located in Washington, and a move will serve to isolate them. Despite the availability of moving packages, a large percentage of ERS employees are unable or unwilling to uproot and move across the country, which could result in a greatly diminished staff—all factors creating a weakened scientific organization.

On May 9th, the ERS voted overwhelmingly to unionize, with 138 votes in favor and only four against. They are represented by the American Federation of Government Employees, the largest such union, but the damage has already been done. Dozens have quit, with reporting by the Washington Post indicating that few are willing to relocate to Kansas City.

The union has, since being formed, announced that they view the relocation plan as a deliberate attempt to undermine their scientific work, saying that Perdue’s reasons are spurious and that a relocation will severely hamper the ability of these scientists to do their jobs.

On June 19th, the union demanded a halt to the relocation plans until the USDA sits down to address several points, including a guarantee on moving fees, an incentive payment for moving, and a civil rights impact analysis. That last seeks to find out how the move would affect employees who may have trouble finding other jobs, including those without college degrees.

The USDA has not said much about the union. “We will work with this group of employees just as we work with all USDA employees,” said Perdue in a statement.

The ERS is a vital part of the USDA and the government as a whole. It is responsible for collecting and analyzing census data and survey data on farmers, looking into how policies will affect the environment, discovering the needs of rural communities, analyzing trade, and updating food safety information. Pretty much anything that needs data analysis and relates to either food or rural America? That’s the ERS’s purview.

It,seems the trump administration is for rolling back all regulations concerning polluting the environment especially any regulations affecting oil,gas and coal including fracking which in my opinion is not safe especially in urban areas. Nuclear waste is a whole other story much more dangerous when your consider the length of time it, takes to become harmless.People who live anywhere near any nuclear waste site are still getting cancer from exposure in Russia , Japan as well as the United States.

Popular
7 Smokable Plants You Can Grow That Aren’t MarijuanaBrian Barth
Alaskan Salmon Face a Stream of New MinesBecki Robins
Why Don’t We Eat Turkey Eggs?Dan Nosowitz
Holey Cow: The Wonderful World of a Fistulated CowAnna O†™Brien
6 Differences Between Llamas and AlpacasAndrew Amelinckx
Explore Modern Farmer
Related
Food & Drink
The USDA Has a 1.39 Billion Pound Stockpile of Excess CheeseDan Nosowitz
Technology
A New System Can Predict Crop Yields Better Than the USDADan Nosowitz
Politics
Over 100 Groups Plead Congress Not to Move the USDA’s Research ArmDan Nosowitz
Food & Drink
The USDA’s Proposal For GMO Food Labels Is Here, And It’s WackyDan Nosowitz
wpDiscuz
We use cookies on our website to give you the most relevant experience by remembering your preferences and repeat visits. By clicking “Accept”, you consent to the use of ALL the cookies.
Cookie settings ACCEPT
Privacy & Cookies Policy