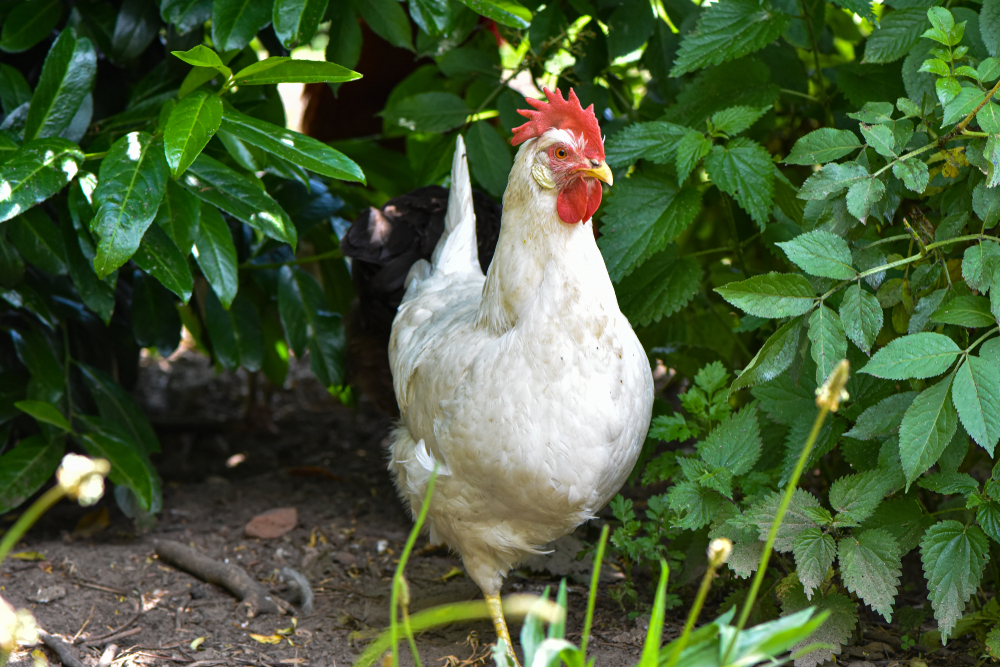 A lack of vitamin D is very common, despite the vitamin being present in eggs, some dairy products, and even sunlight—at least, your body can synthesize the vitamin upon exposure to sunlight. It’s not incredibly dangerous, but vitamin deficiencies are never good. A new fix might have just been discovered.

A lack of vitamin D can result in symptoms like bone and muscle pain and weakness, and has been associated with an increased risk of cardiovascular disease. You want to get enough vitamin D! And eggs are a good source of it, but researchers at Martin Luther University Halle-Wittenberg may have come up with a way to make it better.

The researchers theorized that ultraviolet light, which you might remember from having a black light in your bedroom in high school, could increase the vitamin D content in eggs. Ultraviolet light treatments are sometimes used for patients with seriously low vitamin D levels. So the researchers thought, hey, what if we shine this light on some hens? Would they lay vitamin-rich eggs?

The hens in the experiment were lit with an ultraviolet light for six hours per day over a three week period. During the entire research period, the scientists measured the vitamin content of their eggs, and found that this was about the limit—any more time spent under the UV light had little effect. But at three weeks, the hens laid eggs with an insane three to four times the amount of vitamin D as before. UV lights have been used for this purpose before, but it’s never been fully measured and tested out in a commercial environment.

The danger with this is that birds can actually see UV light, and don’t always seem to like it. UV light has even been tried as a deterrent, keeping pigeons and other birds away from airplanes. Birds in general are just much more sensitive to light than we humans are; they seem to perceive light as being much brighter and more intense than we do. The researchers in this study said the UV lights “did not cause any obvious problems for the hens,” that they neither avoided nor were attracted to the area with the lights, and didn’t seem to behave any differently, which is a good sign at least preliminarily. But more research is certainly needed before we start blasting all our hens with a black light.

OR … Let your chicken run around in the sunlight. Natural UV light in just the right amount and if it becomes too intense for the hens, they can rest in the shade.

That is so interesting and useful! We’ll try it on our chickens and check if they don’t get bothered by the light. Will report back!

any research done shining black light directly on the eggs, not the chicken achieving same result?

Wow! I’m going to try that on my ranch near Creston, Washington!

Taking care of chickens is hard work, but I love chickens that give me joy when raising chickens. Thank you for sharing some of the things that worked for you.