The future is here, and it’s plant-based. 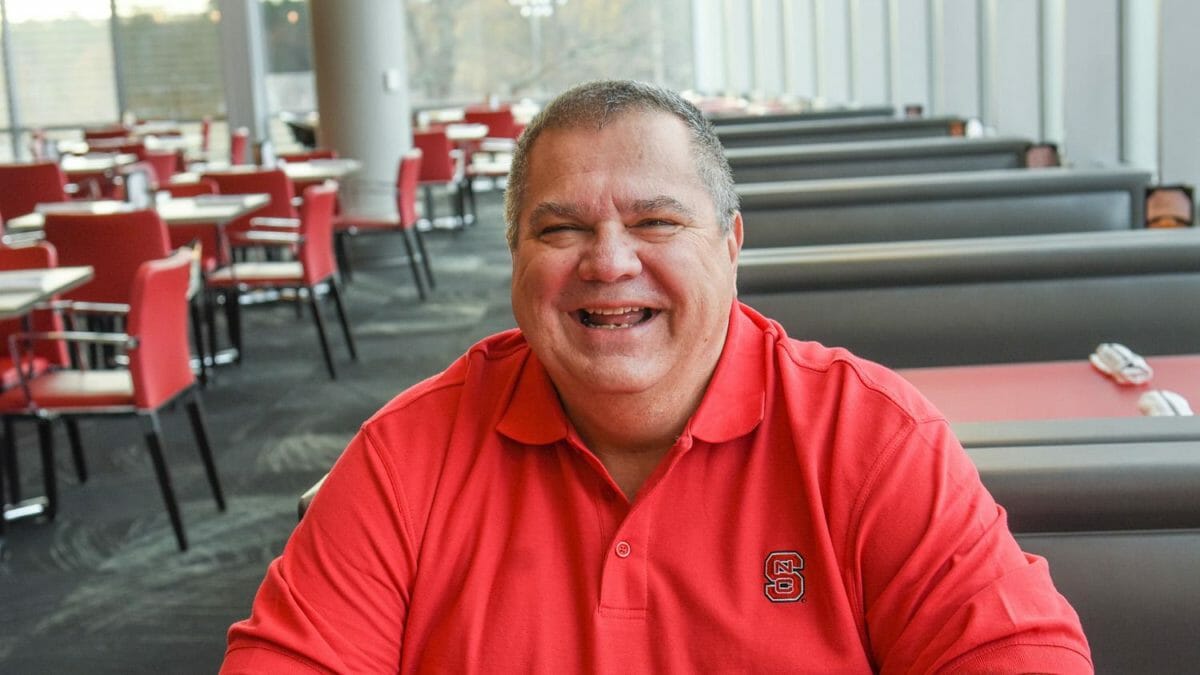 Bill Aimutis believes we will not only be dependent on lab-engineered meat, he also expects we could eventually be creating our own fruits and vegetables the same way.
Photography Photo courtesy of The NC Food Innovation Lab
Share
Tweet
Pin
Email

Plant-based food is a growing trend in America, to say the least. Sales for the products have grown by 11 percent in the past year, and the investment firm UBS projects that the plant-based protein and meat alternatives market will increase from $4.6 billion in 2018 to $85 billion in just 10 years.

Big names like Beyond Meat have dominated the industry, making regular appearances on restaurant menus and rocking the stock market, but the demand for plant-based and meat alternative products spread beyond the world of entrepreneurs who are looking to create the next best thing.

For food scientists, cultured or lab-made meat has been a practice they’ve been testing for years. Bill Aimutis, an elder statesman in the food and agriculture fields, has witnessed the evolution of the industry.

Aimutis spoke with Modern Farmer to provide his take on the future of the industry.

Modern Farmer: A recent report about the Plant Based Foods Association showed that the sales of plant-based foods in the U.S. have grown by 11 percent in the past year. What sort of impact is this having on food scientists and the work that’s being done at the NC Food Innovation Lab?

BA: The work that’s being done in the NC Food Innovation Lab is all plant based research and product development. Plant based foods have grown over the last couple of years. One reason is because the consumer is looking for healthier foods. The millennial generation is also really leading some of this charge and they are very conscious about the environment and sustainability for the future.

Modern Farmer: But have you felt like food scientists or industry have felt pressure to constantly create something new or better than because there is that surging popularity?

BA:  I think any food product developer feels pressure to create something new. Whenever you’re working on a new formulation, it’s always the hope that this is going to be the next 100 million dollar winner. You have to be very creative and understand what the consumer is looking for and tailor a new product towards what those demands are.

Modern Farmer: You’ve spoken publicly about your thoughts on lab-engineered meat and have said you believe that this is the future of meat alternative food products; do you want to explain what you mean by that?

BA: When we look at sustainability and how we protect the Earth, protein demand as we grow our population over the next 20 years is going to become tremendous. It’s going to put a lot of strain into the system. Cultured meat protein becomes another avenue for us to utilize technology to fulfill that need for the future.

Modern Farmer: What excites you the most about what’s happening in plant based food science right now?

BA: I think it’s just the attention that the area is getting. Fruits and vegetables in general have always had this healthy halo about them, but the consumer wasn’t really receptive. With the advent of new products entering the market and everybody talking about plant-based foods, I think we’ll see formulated foods becoming more popular. I also think the consumer will go back to eating more raw fruits and vegetables and increasing that entire category.

Modern Farmer: With respect to current trends, I also wanted to ask you about Beyond Meat. Its stocks recently hit an all-time high and it’s been said to have a market value about $12 billion. Why do you think there’s so much hype around this particular product?

BA: I think Beyond Meat and Impossible Foods have hit the market at a good timing with the consumer looking for healthier alternatives. We’ve had meat alternatives that have been soy based in the market for almost 40 years now. But they’ve utilized new plant-based proteins like pea protein and they’re getting better flavor and texture in their product. As the consumer continues to look for healthier alternatives, they’re more enamored with the new protein.

Modern Farmer: When you started in this industry many years ago, did you ever think we would be where we are today?

I started working for a company involved in the early phases of biotechnology, so I think I saw the promise of what technology could do for us in the future.  But I don’t think I ever anticipated we’d be using cellular biology to manufacture meat products. I’m guessing eventually we’ll be doing something similar for rare fruits and vegetables.

BA: I think we need to look at what the world demand will be for protein in the future. By the year 2040, we really literally have to increase our livestock production by another 15-20 percent to meet those protein needs. We also need to continue towards plant based protein production another 15- 20 percent. Unless people are willing to give up their pet, we need to continue to increase our production of protein through both livestock and plant based products.

BA: I want to scold the food processors and tell them we need to pay more attention to the nutritional value of the products. For example, there have been several yogurt alternatives that have come into the marketplace today that are relatively low in protein, yet most consumers consider yogurt to be a good protein food. You can’t just be putting together a product and glorifying it because it’s plant based.