This L.A. Chef Partnered with a Farmer to Create the Best Szechuan Peppercorns

How L.A. chef Louis Tikaram paired up with farmer Kong Thao to grow authentic Szechuan peppercorns on his Fresno acreage. 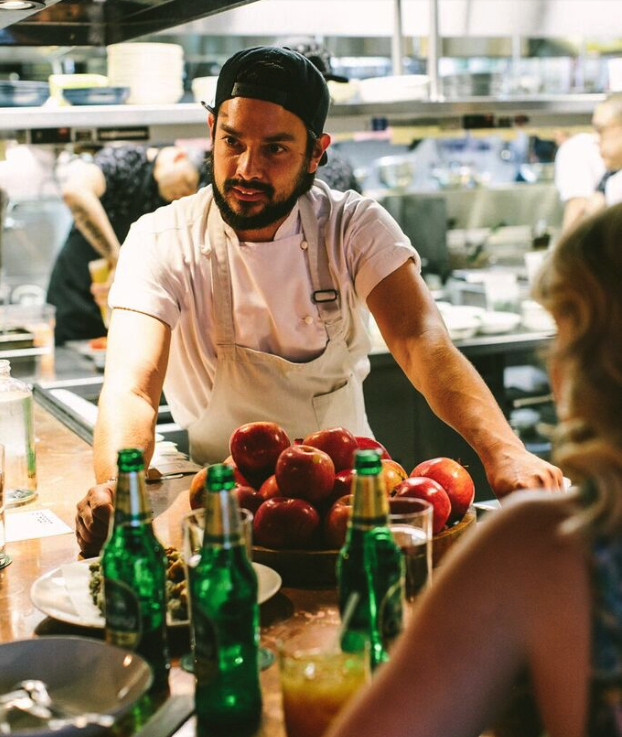 It doesn’t look like the most interesting thing on the menu: “Szechuan-style fried fish” may not grab your attention, especially next to dishes like “Check yo neck!” which promises a roll-your-own lamb neck lettuce wrap, and cocktails with names like Rock N Roll Mouthwash.

But when that fish — wok blasted, alongside fresh Szechuan peppercorns, green onions and dried chilis — arrives on the table at E.P. & L.P., a pan-Asian restaurant on a busy corner in West Hollywood, the scent alone tells you that you have ordered correctly. It’s a hot, dry, complicated waft, with high, bright notes of spices and aromatics grounded by the presence of those old delicious reliables: salt and fat. The batter shatters between your teeth and, underneath that, the fish is moist and sweet.

And then something really weird starts to happen: Your mouth goes numb.

Or not numb, exactly, but, like, it buzzes. University College London has actually measured it, and munching on a Szechuan peppercorn will make your lips vibrate to the tune of 50 hertz — the same frequency at which the world’s power grid is usually humming along. A fresh Szechuan peppercorn tastes sort of like a Santa Ana wind, a lemon rind and a whole black peppercorn. It tastes like a berry and then like a bee sting. Eating one reroutes your entire consciousness toward figuring out what’s going on in your mouth.

You’ve probably eaten a Szechuan peppercorn before — they’re common in the cuisine that gives the berry its name — but if you ate them in North America, the peppercorns were almost certainly heat processed before they ever got to your table. (Importing them was formally banned by the United States Department of Agriculture from 1968 until 2005 because of concerns that they would bring a bacterial disease called citrus canker into the country. When that ban was lifted, it was with the caveat that any peppercorns entering the United States must be heated to 140° or above, for 10 minutes or longer, before they reach our ports.) What you’ve tasted was likely a dumbed-down version of the true mouth- and mind-numbing glory of the Szechuan peppercorn —plenty intense, to be sure, but still not as potent as the real thing.

If you want unadulterated peppercorns, you have to find a farmer who grows them locally. That’s how Louis Tikaram, the chef at E.P. & L.P., lucked into the fresh Szechuan peppercorns on his menu: through his friendship with farmer Kong Thao, who grows them on his Fresno acreage.

Partnering with Thao allows Tikaram, an Australian native with Fijian and Chinese heritage, to cook food that is both local and global. Tikaram’s culinary roots are drawn from all over Asia (the E.P. & L.P. menu says its influences are “without regional boundaries”), but the actual ingredients that he cooks with are often sourced from L.A.-area producers. In addition to the peppercorns, he has bought everything from holy basil to Thai eggplant to galangal from Thao for his tables. 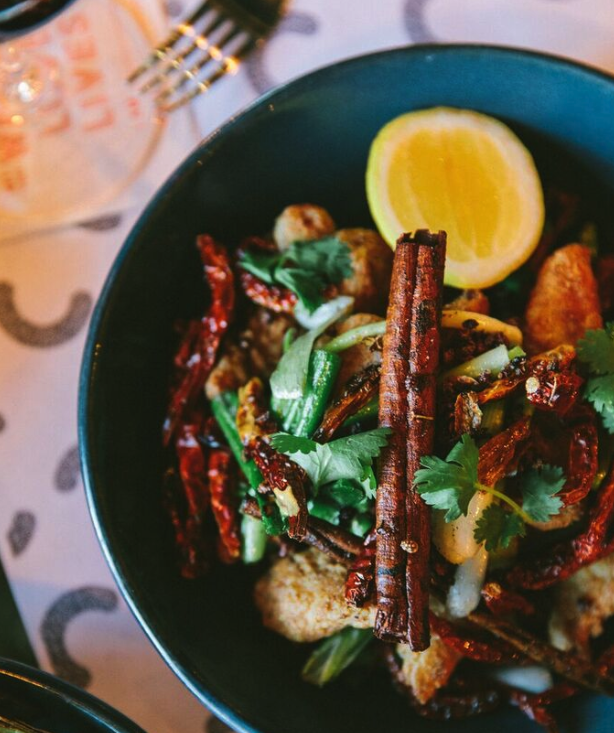 “There’s so much of a focus on South American and Mexican foods, as well as taco and food trucks,” he says of L.A.’s food scene. “But there’s this whole southeast Asian community here that is just completely underused. That was the biggest surprise when I moved here. There’s Thai Town, Little Saigon and Hmong and southeast Asian farmers right under your nose. It’s been a really cool experience to use these ingredients, support the local people growing them and teach Angelenos that this is all very common and easily sourced, even in West Hollywood.”

Tikaram’s work expanding people’s palates makes good culinary sense, but it also pays fiscal and environmental dividends for farmers like Thao. When they met, Thao was growing “a lot of kale,” reports Tikaram. Now, as chefs like Tikaram increase their orders for specialty ingredients, Thao can devote more space to cultivating them. Changing what people understand as delicious and local can help transform a landscape and a livelihood.

“It’s been quite uncommon for the food I’m cooking and the people I’m using to source ingredients, but what I think is most uncommon is the people who are actually enjoying it,” admits Tikaram. “I wouldn’t think that, on the corner of Melrose and La Cienega, people would be coming in and eating a traditional nam ya or Szechuan fish dish,” he says of this notoriously touristy, trend-driven part of L.A. “Other chefs tell me, ‘I can’t believe you pulled it off in that area.’”

Tikaram is hoping to continue to pull it off. Thao is working on a hybridized version of the notoriously tricky-to-grow turmeric that he thinks will thrive in California, and Tikaram is looking forward to putting it on his menu. “It’s not too strong, and it’s fresh enough that you can also eat it raw,” reports Tikaram. “Kong says it’s going to be ready this spring, and that’s what I’m waiting for: to be able to showcase really fresh, raw turmeric on the menu. That’s something I think no one would have ever eaten before, so that’s what I want to blow minds with next.”

In the article, it says, “University College London has actually measured it, and munching on a Szechuan peppercorn will make your lips vibrate to the tune of 50 hertz — the same frequency at which the world’s power grid is usually humming along.” In in the Americas and parts of Asia it is typically 60 Hz.

Tell us more about where the peppercorns come from! Which trees? Lots more to learn!

Popular
7 Smokable Plants You Can Grow That Aren’t MarijuanaBrian Barth
The Rise of Virtual Farmers MarketsLeah Borts-Kuperman
Abandoned Farm Fields Take Decades to Recover Biodiversity—If They Can At AllEmily Baron Cadloff
Why Don’t We Eat Turkey Eggs?Dan Nosowitz
Could New York Become the Mushroom State?Sara Foss
Explore Modern Farmer
Related
Food & Drink, Recipes
‘Honeynut’ Squash Gnudi RecipeJohn McConnell
“My Passion is Where Conservation and Food Intersect”General Mills
Food & Drink
(Beer) Waste Not, Want Not: 5 Ways Breweries Recycle Their WasteAndrew Amelinckx
Food & Drink
14 All-Star Chefs Revolutionizing the Way We Farm and EatMonica Michael Willis
wpDiscuz
We use cookies on our website to give you the most relevant experience by remembering your preferences and repeat visits. By clicking “Accept”, you consent to the use of ALL the cookies.
Cookie settings ACCEPT
Privacy & Cookies Policy