NAFTA Will Be Replaced by the USMCA. How Does It Affect Agriculture?

NAFTA is dead, replaced by an updated, though broadly similar, trade pact: the United States-Mexico-Canada Agreement, or USMCA. 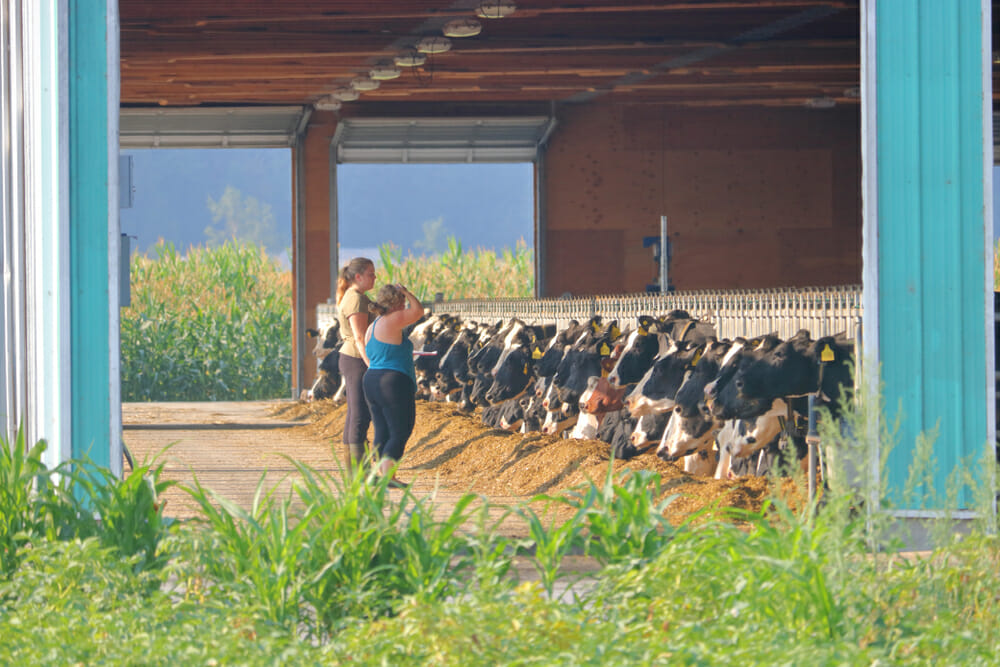 NAFTA, the North American Free Trade Agreement, has long been a punching bag for the Trump administration; during his campaign, Trump declared it “the worst deal the United States ever signed.” Over the weekend, the governments of the United States, Canada, and Mexico came together to create a new, and newly named, version: the USMCA.

Much of the new agreement has to do with the automotive industry, which is not really our purview, but there are several sticking points in agriculture that USMCA changes. Most importantly, there are changes in the dairy trade between the US and Canada, one of the most fiercely debated agriculture trade issues in North America over the past decade.

The US dairy industry has for many years produced a huge surplus of milk, to the point where dairy farmers have had to dump millions of gallons of milk into the garbage, and the government has even had to purchase huge quantities of surplus cheese. The surplus keeps prices low, but is awful for dairy farmers; an estimated 10 percent of American dairy farms shut down in the last year alone. That means that American dairy producers want to export their products, and why not to our most important trade partner, Canada? But Canada has strict import rules and regulations on its own domestic dairy industry, designed to keep it healthy. Incredibly cheap and abundant American milk would undercut the Canadian market significantly, so Canada slaps tariffs on it to protect its own farmers.

Trump, as well as American farmers, have long been furious about this, despite the fact that Canada imports far more American milk than the US imports Canadian milk; the US has a trade surplus of about $400 million in dairy.

The USMCA breaks down those rules a little bit, giving new quotas for American dairy exports to Canada. Under the agreement, American producers can export up to 3.6 percent of the Canadian market; after that, heavy tariffs will be applied. Doesn’t sound like a lot, but that’ll be worth about $70 million to the American dairy industry.

Canadian dairy farmers, as you might expect, are not happy about the changes. An op-ed in the Globe and Mail from a dairy farmer reads in part: “Would any other Canadian citizen feel that it is fair to be expected to do the same job and work the same hours that they have been doing for decades, but to be paid less just because our government caved to foreign interests and signed a trade deal? I think not.”