"Attention passengers, we are delayed because of goat traffic ahead.” 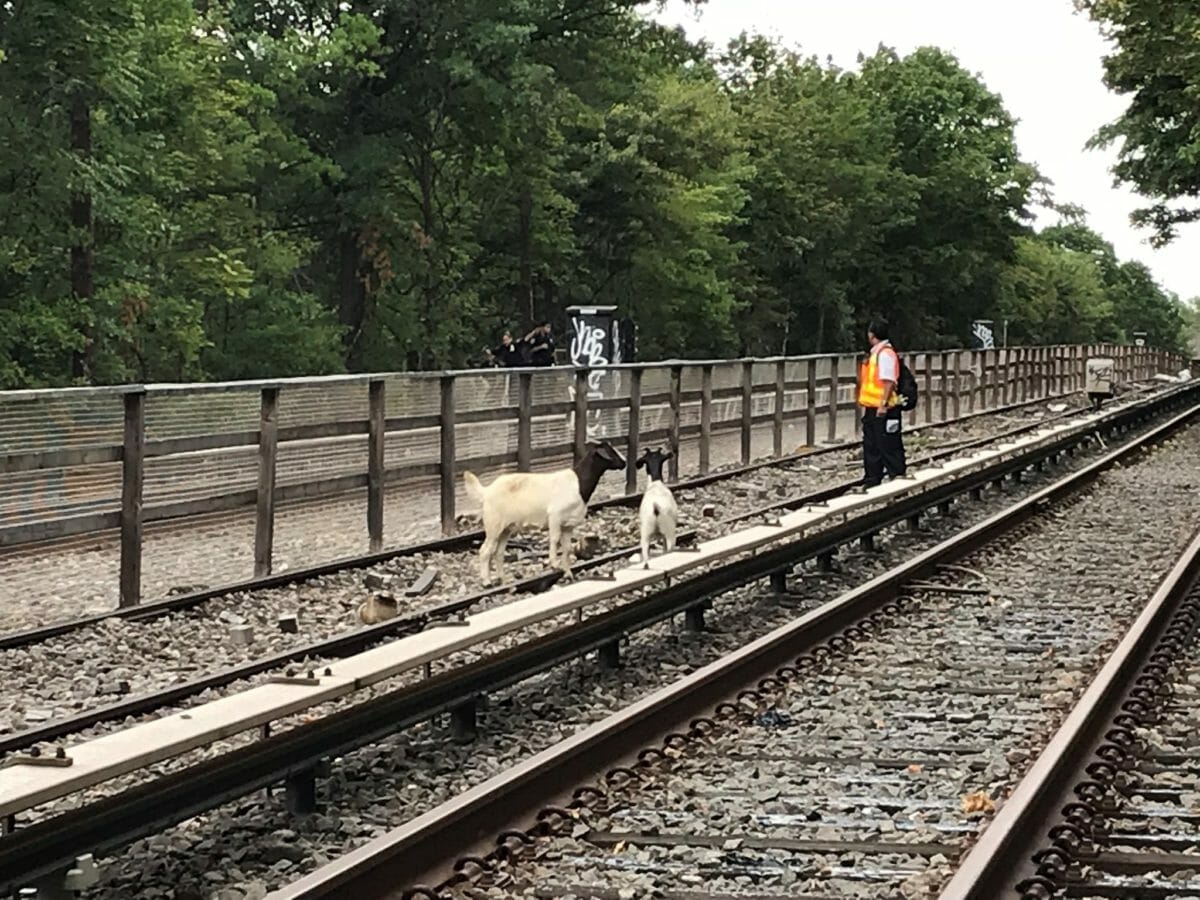 New Yorkers have been complaining about the city’s increasingly poor subway service, but this week, the issue was something out of the ordinary even by the MTA’s standards: two goats were found roaming along the N tracks in Brooklyn on Monday. “Two very baaaaad boys,” as the MTAs Twitter account called them.

No one’s sure exactly where the two goats came from or how they made their way onto this stretch of the N line, which happens to be above ground unlike much of the rest of the city’s underground subway system. The reigning theory is that the ruminants escaped from one of the area’s nearby slaughterhouses – that was also the thinking last fall when this wayward cow was found hanging out in the borough’s Prospect Park. The goats were reported to be munching the grass growing between the rails on a section of the track outside a station that’s been closed for rehabilitation.

MTA employees used tranquilizers to safely capture the goats, which have been named Willy and Billy. New York native and GOAT comedian John Stewart stepped in to help transport the animals to Farm Sanctuary in Watkins Glen, New York. It may sound like an odd pairing, but the former host of the Daily Show and his wife, Tracey Stewart, partnered with the organization to open an animal sanctuary of their own – a branch of the Farm Sanctuary network – in New Jersey.

Here’s a clip of the ordeal from CNN:

Related
Truck Drivers Are on the Way to Canada’s Capital to Protest Vaccine...Emily Baron Cadloff
Animals, Health
Bird Flu Is Back in the USDan Nosowitz
Plants
Florida Forecasted to Have Smallest Orange Crop Since 1945Dan Nosowitz
Animals
Wilbur-Cruce Horses: The Biggest Secret in RanchingJudith Matloff
wpDiscuz
We use cookies on our website to give you the most relevant experience by remembering your preferences and repeat visits. By clicking “Accept”, you consent to the use of ALL the cookies.
Cookie settings ACCEPT
Privacy & Cookies Policy