Holy Cow! A Bull Is Running Around Brooklyn’s Prospect Park

In the least shocking part of this story, the animal appears stressed. 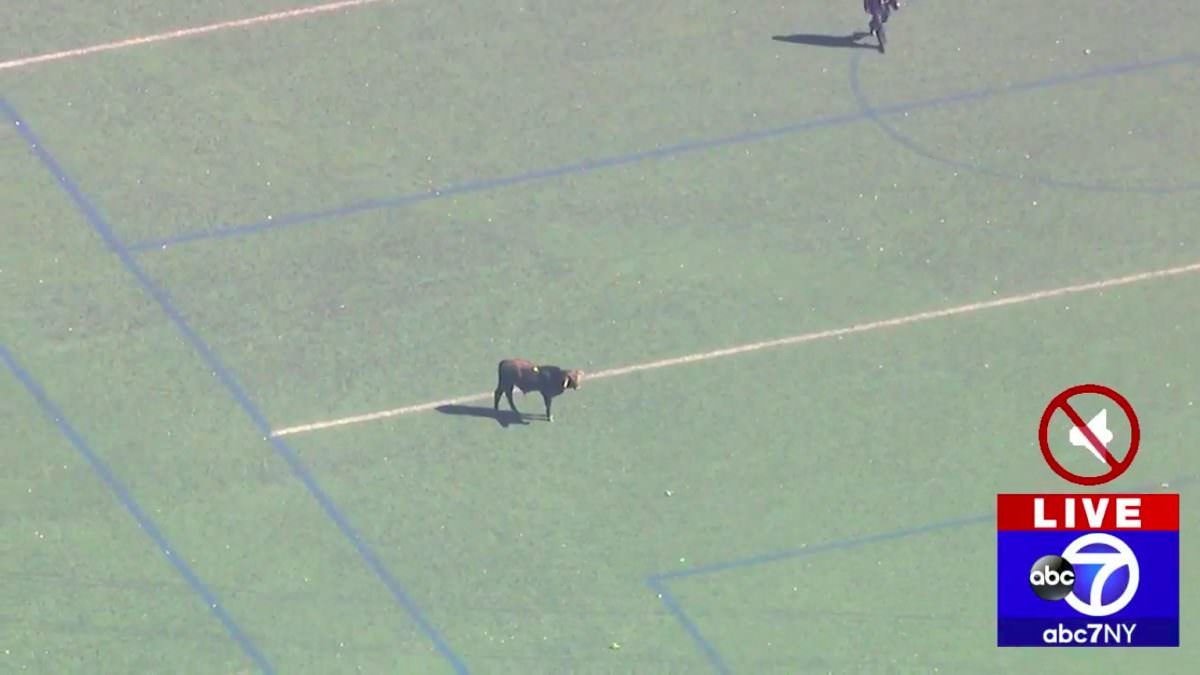 UPDATE 1:57pm: It’s a happy ending! Also, check out @K_Culliton on Twitter for more detailed updates. She’s on the scene and a reporter for Brooklyn Patch, which is also covering the story.

The Prospect Park bull will go to the Skylands animal sanctuary in NJ. According to Mary Beth Bartz, "He's going to have a good life." pic.twitter.com/r66OLsm8Q4

The prospect park bull has been captured! pic.twitter.com/YM9DuQAAI8

Just as the police come, swinging a lasso, the cameraman pans away to show the Statue of Liberty. It is over. #BKCowWatch2017 pic.twitter.com/WJLzZZTdDQ

Around 11 a.m. this morning, a single loose bovine was spotted in New York City’s most populous borough before being corralled into scenic Prospect Park, a sprawling, Olmsted-designed green space in the center of Brooklyn. It appears to be a bull, and reports indicate that it may have escaped from a slaughterhouse. (It’s happened before – there are a few slaughterhouses in New York City, and the animals have occasionally escaped.)

Initially, it was seen on the streets of Brooklyn, as reported by various Twitter users.

Just saw a COW bolting up 17th St in S. Slope. On the sidewalk. In case I thought there was nothing new to be seen after a lifetime in NYC.

It soon entered Prospect Park near the Bandshell, on the park’s southwestern side, and by 12:15 was stationed in the nearby baseball fields. Currently it is running around while onlookers gather and some sort of officials attempt to capture it. We’ll update you when we learn more.