Details of the bailout are still unknown: it is not clear exactly when, how, or how much farmers will be able to receive. 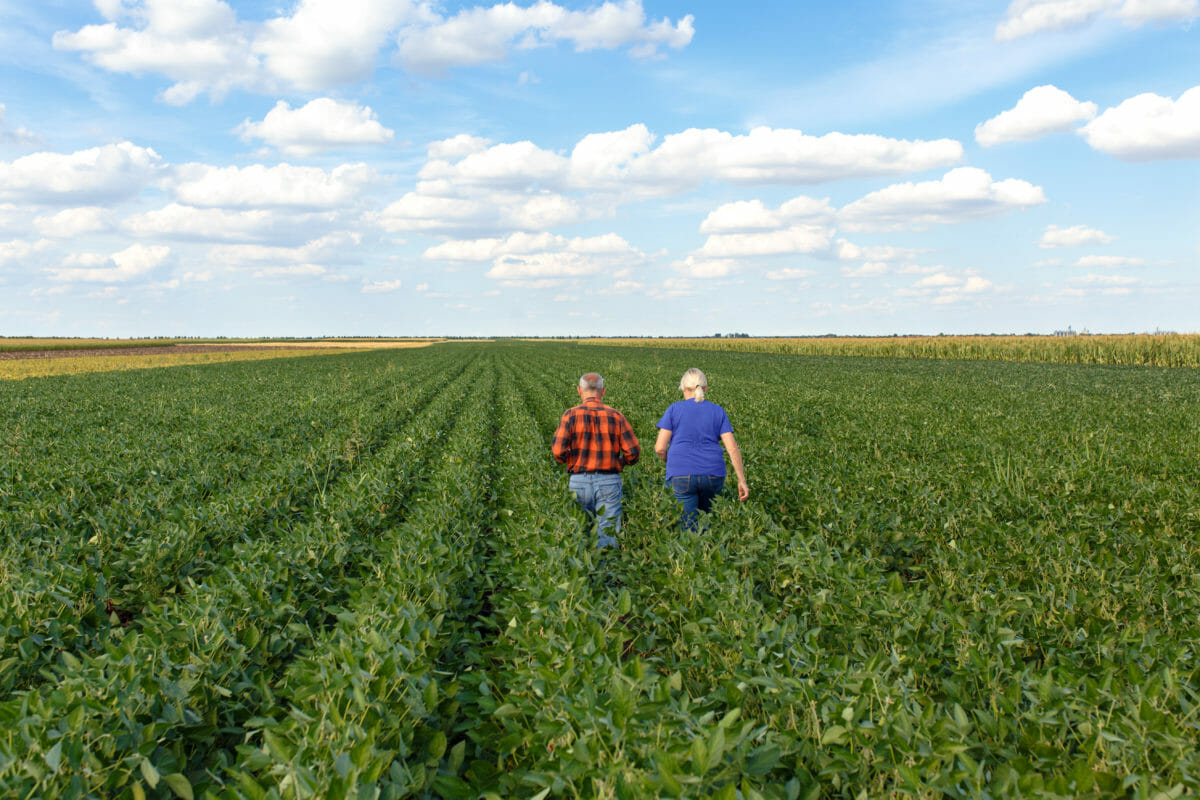 Details of the bailout are still unknown: it is not clear exactly when, how, or how much farmers will be able to receive, though it's been suggested that one-time payouts will be distributed sometime around Labor Day.
Photography By PointImages / shutterstock.com
Share
Tweet
Pin
Email
944 Shares

The Trump administration announced the bailout on Tuesday evening saying it will help farmers survive the trade war, in which China, the EU, and other powers levied retaliatory tariffs disproportionately affecting American agriculture.

“American ag policy has, ironically, done something similar to what Chinese steel and aluminum manufacturing has: too much product is produced, which lowers prices and destroys competition while providing razor-thin margins or even forcing farmers to operate at a loss.”

Details of the bailout are still unknown: it is not clear exactly when, how, or how much farmers will be able to receive. The Trump administration did say that the money will be spent in three distinct ways: direct payments to producers, purchases of unsold food (to be distributed to food banks and other programs), and a trade promotion to develop new markets. About that last one, Alicia Harvie, Farm Aid’s advocacy director, says: “It’s not clear to me how that money would go out and how it would get to individual producers; it doesn’t seem like something that would get to individual producers.”

The funding will come through an entity called the Commodity Credit Corporation (CCC), a government-run corporation that was founded during the New Deal to help farmers in trouble. The CCC is allowed to borrow up to $30 billion directly from the Treasury, which somehow does not count as a request for new money, and thus this bailout can be accomplished without a Congressional vote. (It is, of course, taxpayer money.)

“We know for sure it won’t make farmers whole,” said Harvie, referencing an estimation that put the losses at $13 billion already.

Harvie’s view of the situation paints it in a much larger picture than the past few months. “We’ve been caught in this mess over the last several decades that tells us export markets will save farmers in the absence of fair pricing policies like price supports and supply management policies,” she said. The issue is the predominance of free trade over fair trade, along with various decisions or lack thereof that allowed corporate agribusiness to consolidate into a mere few companies which control the entire process for farmers.

“Agriculture policy has pushed in the direction of reliance on scale for export, and the collapse of that market is not one that can be fixed with a $12 billion bailout.”

American agriculture policy has, ironically, done something similar to what Chinese steel and aluminum manufacturing has: produced entirely too much, lowering prices and destroying competition, while providing razor-thin margins or even forcing farmers to operate at a loss. This has lowered farm income by 50 percent since 2013 and led to crushing debt and increased foreclosures. “Even in the absence of this tariff war, it’s a fallacy to think that export markets are the avenue towards farmer livelihoods or resilient farm economies,” said Harvie.

But agriculture policy has pushed in the direction of reliance on scale for export, and the collapse of that market is not one that can be fixed with a $12 billion bailout. Reports indicate that China, the largest export market for American soy, is looking to Brazil to provide their supply, and if China sets up new contracts with Brazil, the end of a trade war would not mean that American soy producers will be able to pick up where they left off.

“Our concern is that this $12 billion bailout is really this indication that there’s no end in sight for these trade wars, and that they’re trying to placate farmers in the meantime,” said Harvie. Farm Aid is a nonpartisan organization, so Harvie was careful about her words, but the timing is obvious: estimates place the timing of bailout payments sometime after Labor Day, just a few weeks before the 2018 midterm elections. Farmers voted for Trump in 2016, but times now are hard, and directly tied to actions Trump has taken. “What we’re hearing over our hotline is more dire,” said Harvie. “Farmers can’t pay their electric bills, can’t feed their animals – they grow our food and yet they’re struggling to feed their own families.” Would a one-time payment – a bandage over a deeper wound – change their minds?