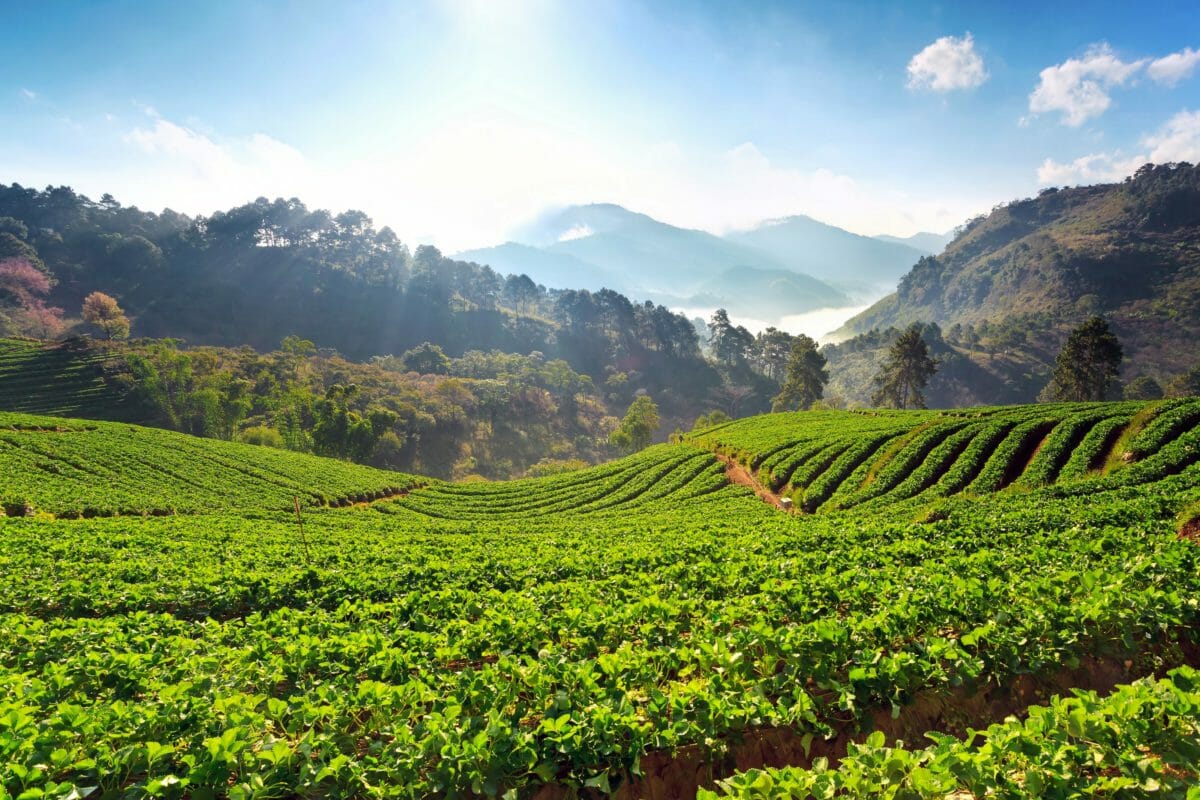 It’s estimated that the earth’s soil holds up to 2.4 trillion tons of carbon, acting like a storage unit for greenhouse gases. It’s called sequestration. There are ways for farmers to encourage sequestration, but a new study suggests that those strategies might not be the most effective right now.

Farmland has been targeted as a potential space for carbon sequestration, through methods like crop rotation and mulching with organic material. But in general, carbon sequestration efforts raise the expense and lower the yield of cropland. A new study from the University of California, Santa Barbara looks at the balance of this sort of farming to see where our efforts should be placed.

The balance works like this: there are two extremes of farming through this lens, one getting extremely high yields in a limited area, and one getting lower yields through a larger area. The latter is undoubtedly better for carbon sequestration on the farmland itself, but expanding the amount of land required to get adequate yields means that farmland has to cut into wilderness, like forests.

The study examined farmland in three climate zones: a temperate sector in Poland, humid tropics in Ghana, and dry desert in Mexico. In all three cases, somehow, the most effective method of carbon sequestration was to opt for super-high-yield, limited space farmland.

The reason for that is that forest or open land functions as a much more efficient greenhouse gas storage medium than farmland. That conclusion relies on this open land being left alone for habitat conservation; it doesn’t work if said land is converted to apartments. But the study found that, right now, maximizing yield in smaller spaces allows natural land to do its job, which it does better than assisted farmland can.

Previous studies have suggested adopting worldwide carbon sequestration strategies for farmland, which in bulk could have the right effect, but other experts have long held that curbing deforestation is the best hope for locking up carbon in soils long-term. “I personally think people should go for the biggest bang for their buck,” Francesco Tubiello, a United Nations statistician, told Scientific American. The new study bears that out: instead of maximizing farmland sequestration, maximize the amount of land that isn’t farmland.

Popular
The Rise of At-Home Hydroponic GardensBridget Shirvell
How to (Actually) Get Rid of Fruit FliesEmily Baron Cadloff
7 Smokable Plants You Can Grow That Aren’t MarijuanaBrian Barth
5 Rare Plants That Are Surprisingly Easy to Care ForEmily Baron Cadloff
Five Differences Between Rabbits and HaresAndrew Amelinckx
Explore Modern Farmer
Related
Plants
One Way to Grow Despite Drought? It’s in the RootsDan Nosowitz
Plants
The Rise of At-Home Hydroponic GardensBridget Shirvell
Plants
Wild Relatives of Important Food Crops Are Facing ExtinctionShelby Vittek
Plants
Monstera Mania: Why the Rare Houseplant Craze Isn’t Going AwayEmily Baron Cadloff
wpDiscuz
We use cookies on our website to give you the most relevant experience by remembering your preferences and repeat visits. By clicking “Accept”, you consent to the use of ALL the cookies.
Cookie settings ACCEPT
Privacy & Cookies Policy