Meet the Farmers Running for Congress

This November, four active farmers will vie for a chance to represent their districts in D.C. 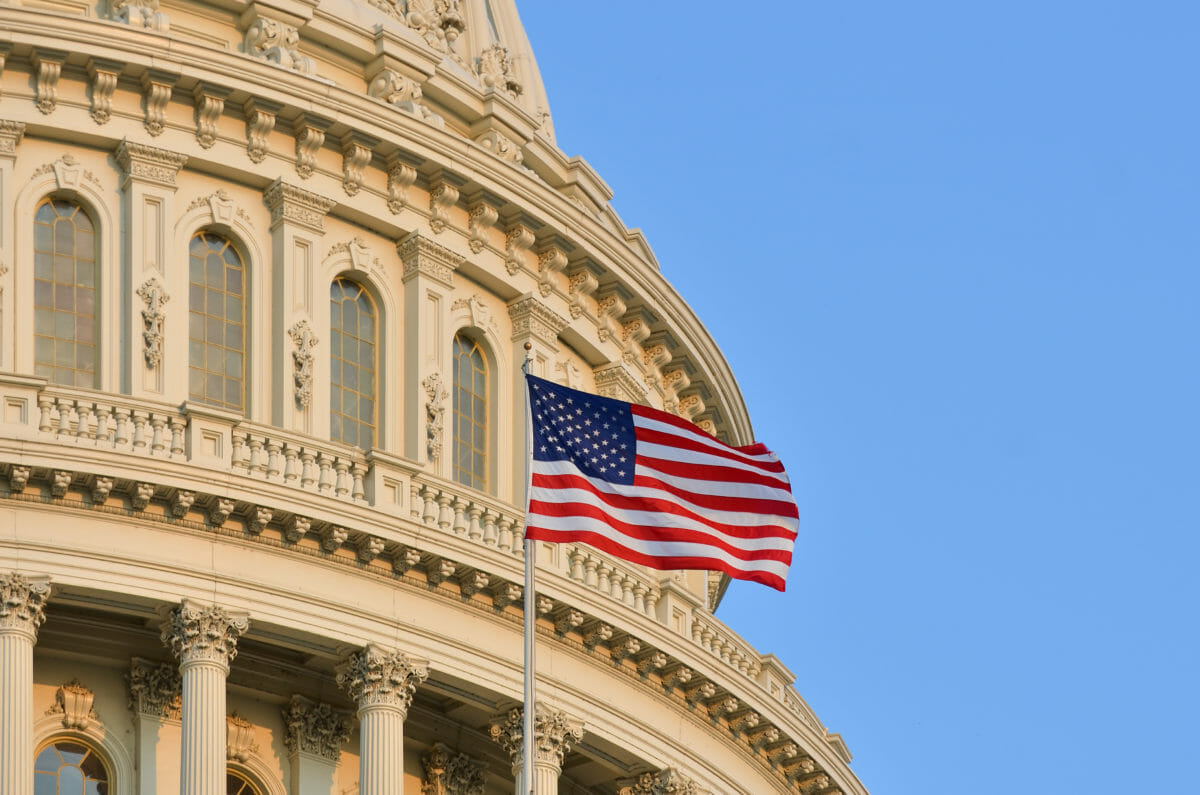 This November, four active farmers will vie for a chance to represent their districts in D.C. Here's a quick introduction.
Photography By Orhan Cam / shutterstock.com
Share
Tweet
Pin
Email
142 Shares

At least a dozen farmer candidates registered for Congressional races across the nation this year, the majority of them Democrats, though only four have advanced past the primaries (readers: if we’re missing anyone, please let us know!). Here’s the lowdown on the farm-folk running for federal office in November. 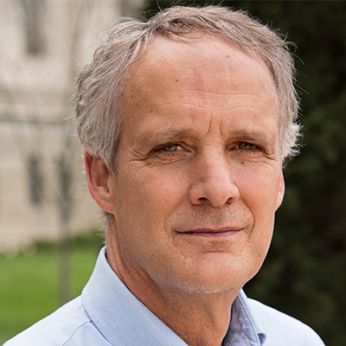 Theobald wants to save family farms: “If we keep promoting an agricultural sector based on maximizing profit instead of broad-based prosperity, we are looking at the demise of the family farm in the not-too-distant future,” he says. / Courtesy of theobaldforcongress.com.

Theobald wants to save family farms: “If we keep promoting an agricultural sector based on maximizing profit instead of broad-based prosperity, we are looking at the demise of the family farm in the not-too-distant future,” he says.

Running For: U.S. House of Representatives, 3rd district of Nebraska

Farm Story: This retired college dean has long raised pastured livestock on his Nebraska farm as a second income stream. He has a passion for a rare pig breed known as Guinea hogs. Once thought to be extinct, Theobald and his wife are part of nationwide movement to revive this pint-sized African pig.

Causes: Theobald is focused on reviving the rural economy, transforming it from its basis in unsustainable corporate agriculture into something more diversified and supportive to small farmers. In a region where nearly every rural county has seen a steady loss of population in recent decades, he sees reinventing agriculture as a key to making rural life appealing to younger generations.

Up Against: Republican incumbent Adrian Smith, a lifelong politician who moonlights in real estate

POV: Fighting corporate consolidation in the ag industry is a top priority for Theobald: “Every year farmers have fewer options and higher prices. It gets tougher and tougher to make ends meet. If we keep promoting an agricultural sector based on maximizing profit instead of broad-based prosperity, we are looking at the demise of the family farm in the not-too-distant future.” 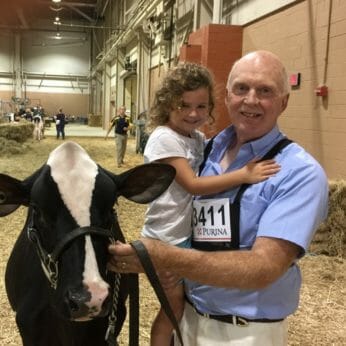 Former Pennsylvania ag secretary and fifth-generation dairy farmer Denny Wolff knows how bad thing are for dairy farmers. “They are really hurting and they feel that no one is listening,” says Wolff. / Courtesy of dennywolff.com.

Running For: U.S. House of Representatives, 9th district of Pennsylvania

Farm Story: As a former Secretary of Agriculture for the state of Pennsylvania, Wolff is steeped in a variety of farm issues. But as a fifth-generation dairy farmer, he is particularly attuned to the plight of the state’s many cow operations, which are facing record low prices that threaten to drive smaller producers out of business.

Causes: Wolff believes in the healing power of the land. After his son was born with a life-threatening disease, he donated 35 acres of his farm to establish a camp for children with special needs, which has hosted nearly 30,000 kids over the past quarter-century.

Up Against: Republican Dan Meuser, a businessman and a former Secretary of Revenue for the state of Pennsylvania

POV: Wolff has an uphill battle ahead of him in this heavily conservative district. But he believes that farm policy provides an opening to attract Republican farmers, who are in dire economic straits – in part because of long-standing GOP policies and in part because of the impact of President Trump’s trade wars on agriculture. “Canada and Mexico are the biggest buyers of American milk, so stepping back from NAFTA would be catastrophic for dairy farmers. They are really hurting and they feel that no one is listening,” says Wolff. “I get donations from Republican farmers on a regular basis.” 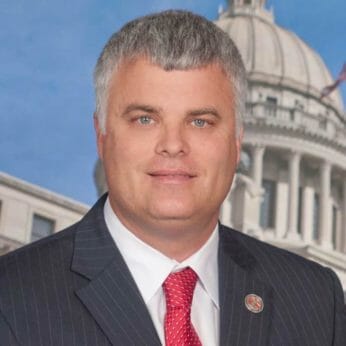 Michael Ted Evans is a pro-life, pro-gun Democrat. He’s against Trump’s immigration policies (he believes there needs to be a “reasonable way” to allow immigrants to work) and trade (he’s against the tariffs). / Courtesy of facebook.com/MichaelTedEvans.

Running For: U.S. House of Representatives, 3rd district of Mississippi

Farm Story: Evans is a contract farmer for Peco Foods, one of the largest vertically-integrated poultry processors in the country. As a member of the Mississippi Poultry Association and the Mississippi Farm Bureau, he is committed to the principles of industrial agriculture.

Causes: “Big Country” Evans, as he is nicknamed, currently serves in the Mississippi Legislature, where he sits on both the Agriculture and Conservation and Water Resources committees. He has demonstrated little focus on either of those issues during his time as a politician, however. Evans is a rare pro-life, pro-gun Democrat.

Up Against: Republican Michael Guest, an attorney

POV: Two ag-related issues that have drawn Evans ire are the Trump administration’s immigration and trade policies. On trade: “When we place tariffs on other countries, the farmers here in our state are some of the first ones that are affected by them. I do not agree with the tariffs that are being imposed – and neither do our farmers.” On immigration: “Many immigrants are here because there is work for them that Americans can’t or won’t perform. They are helping our economy in that regard… we need a reasonable way of allowing them to do that work.” 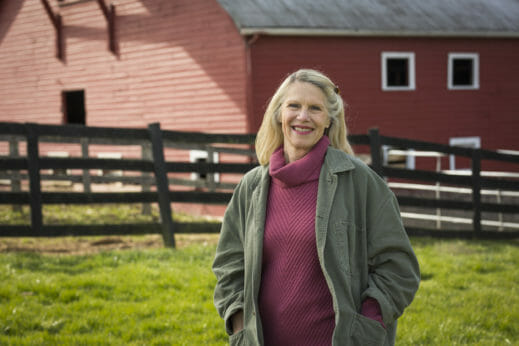 Carol Miller is a bison farmer and state legislator in West Virginia who is “pro-life, pro-jobs, pro-coal, pro-second amendment, and pro-Trump.” / Courtesy of electcarolmiller.com.

Farm Story: Miller owns a bison farm, which features heavily in her campaign advertising. In one TV ad she appears to shovel manure, while a voiceover says, “On my farm, I do the dirty work myself. In Washington, I’ll cut the bull from politics.” Critics paint a different picture: “Her politics are more in line with country-club Republicans – tied to business interests and close to establishment power – than the country farm image in her advertising,” says The Intercept, noting that she and her husbands $11 million in assets stem primarily from a car dealership and other business holdings, rather than agriculture.

Causes: As a state legislator in West Virginia, Miller has advanced few food-related or ag-related initiatives, though she does advocate for abandoned coal mines to be repurposed as farms.

Up Against: Democrat Richard Ojeda, a retired Army veteran who currently serves in the West Virginia legislature

POV: Miller is “pro-life, pro-jobs, pro-coal, pro-second amendment, and pro-Trump.” Hailing from a district in which Trump beat Clinton by 50 points, this seems like it might be a winning formula.