There Was A Goat At The Tony Awards

Sparky the goat was not nominated, but won anyway. He also pooped on the red carpet. 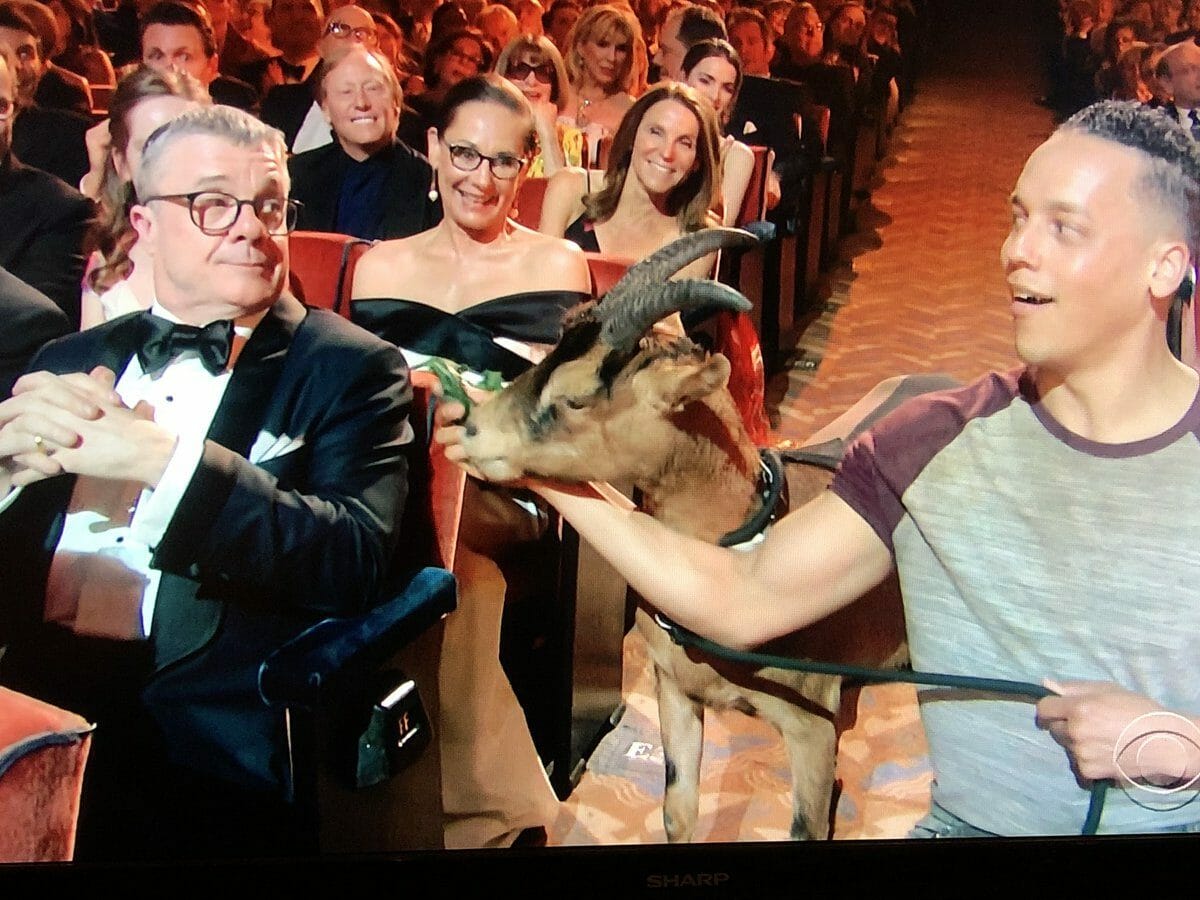 A featured cast member of the musical Once on This Island strolled down the red carpet, accompanied by the musical’s producer, Ken Davenport. Then the cast member pooped.

The musical, which is set in the French Antilles, includes two goats and four chickens in its production. One of those goats, named Sparky, took to the red carpet during the Tony Awards. Once on This Island was nominated for two Tonys, one of which they won for Best Revival of a Musical; Sparky was nominated for none, but won the actual event’s popularity contest. Unofficially.

Sparky watched at least part of the show; he and his handler were seated next to Nathan Lane, who, to be honest, could have been friendlier.

According to reports, Sparky wore a bow tie to the event.