Smaller, Slower, Better: Designing a Tractor for the Future by Borrowing from the Past - Modern Farmer
Technology

Smaller, Slower, Better: Designing a Tractor for the Future by Borrowing from the Past

An Ohio manufacturer designs a tractor for the future, borrowing mightily from the past. 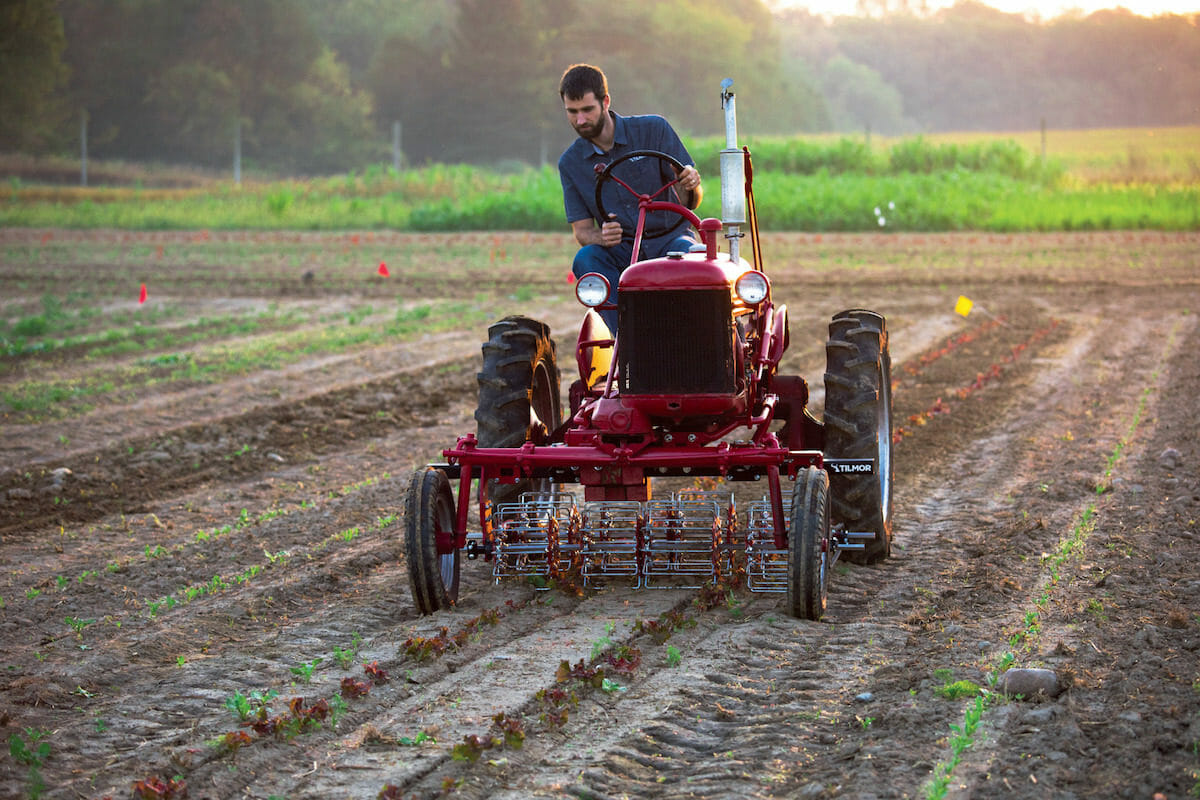 Twelve years ago, the Steiner family of Orrville, Ohio, decided to transition their conventional corn and soy operation into a diversified organic farm – and quickly realized the tasks ahead were going to require totally different tools. No drones. No air-conditioned combines. Just a basic tractor with easy-to-swap attachments and adjustable wheels capable of fitting between various rows.

Respondents wanted a tractor they could fix themselves. Preferably one that drives slow. Real slow.

Talk about a needle in a haystack. Over the past six or so decades, as agriculture shifted towards monoculture, the attendant machinery followed suit, evolving into specialized computers-on-wheels ill-suited for more sustainable pursuits. Luckily, the Steiners, who have been manufacturing equipment since 1974, were uniquely positioned to solve the problem. “We’re used to working in small batches, not a kajillion widgets,” explains Lydell Steiner, 33. “There’s no incentive for John Deere to produce on that scale.”

“We spent a lot of time with organic growers across the U.S. and learned that they’d been making do with Model Gs,” Lydell says, referring to a dinosaur of a tractor issued by the now-defunct Allis-Chalmers Manufacturing Company from 1948 to 1955. “So we asked, ‘What would bring the Model G into the 21st century?’” Respondents wanted a tractor they could fix themselves. Preferably one that drives slow. Real slow. “Okay, then,” he recalls. “We’ll build something that can go down to a half-mile per hour.”

This past October, the Steiners launched their Tilmor brand with a line of Model G”“ compatible attachments, but the true passion project – an updated version of the tractor itself – won’t debut until early 2019. Lydell predicts a hit, for reasons other than the resurgence of organic methods. The perfectionist is currently putting Prototype #12 through its paces on the farm.

Thank you! Always great, helpful information in your Weekly Newsletter!

Can you imagine what these would cost in fuel if they were for other than row crops or on a major amount of ground? We do have the ability to make them into tractor drones at some point, fueled perhaps, by solar. Going to have to start growing the taller emmer wheat again in order to have organic wheat that is in demand that shades out the weeds.

Some years back I was talking to a Iowa corn farmer who said he bought bigger combines, etc, which required him to work more acres to pay for them, which required more fuel, which required him to work more acres, etc, etc, etc. He said if he had stayed small, he’d be working less while putting the exact same profit in the bank. And then years and years back, I read some article comparing the use and expense of a horse vs a combine and it was the same conclusion. There are some real advantages of being small.