The Number of Monarch Butterflies Wintering in Mexico Is Down Again

Monarch butterfly population is measured by acreage at this important overwintering habitat in Mexico. This season's numbers are down. 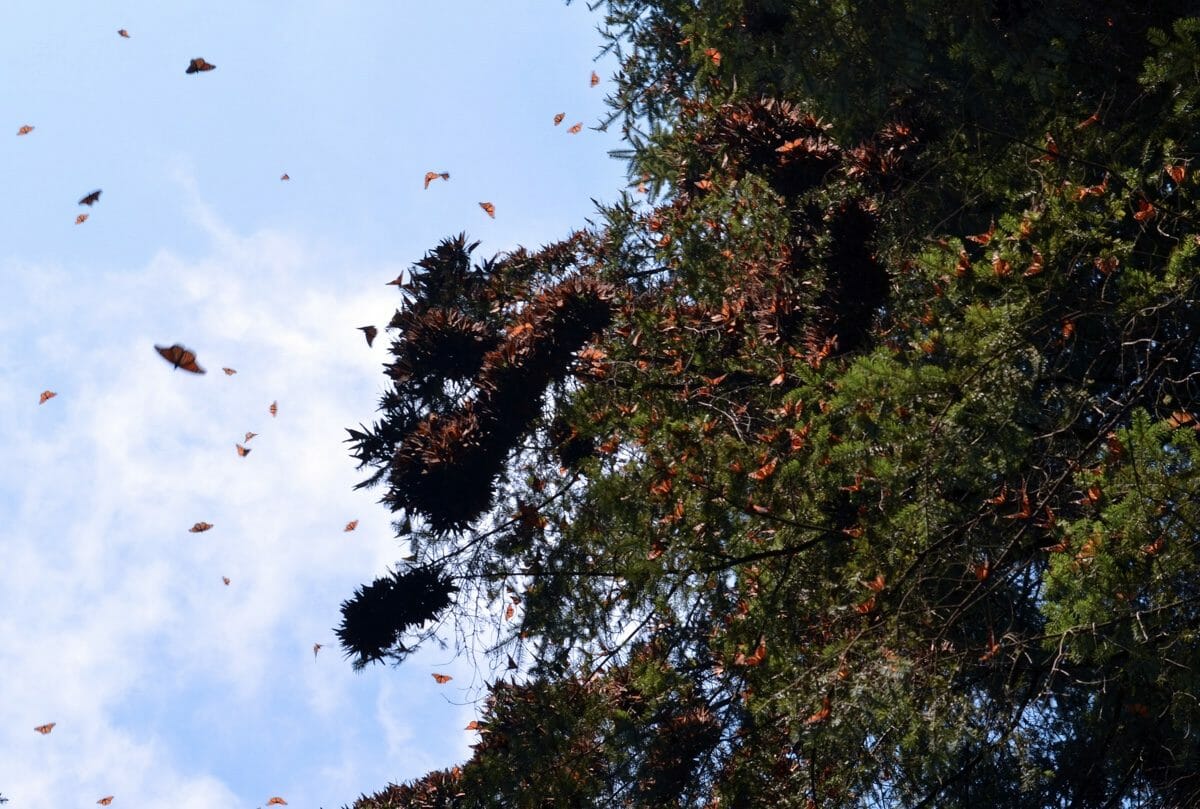 Monarch butterflies, which are major wildflower pollinators, have showed some disturbing downward trends in their population, with one study from 2016 suggesting a bonkers 80 percent decline over the past decade. New data indicates that monarch numbers, at least at an important overwintering spot in Mexico, are continuing to decline.

Every winter, monarch butterflies in North America migrate south in two major groups: those west of the Rocky Mountains spend their winters in the lower half of California, while those east of the Rockies head down to the Monarch Butterfly Biosphere Reserve in central Mexico, just north of Mexico City. Up to a billion butterflies descend on this reserve every year – so many that the only way to count them is by simply counting the acreage dominated by the insects.

The estimated number of butterflies in the reserve varies every year, from insane highs of 44 acres (in 1996-’97), down to extreme lows of 1.66 acres, as was the case in 2013-’14. But despite occasionally jumping in population (and increased activism lately), the insect’s population has been on an overall downward trend since the 90s. This year, the monarchs covered only 6.12 acres – a nearly 15 percent reduction from last year.

The exact causes of the decreases in monarch population are unknown, but there are correlations between the butterfly population and various potential impacts. One of those is the excessive use of herbicides. Adult monarchs feed on (and thus pollinate) all kinds of plants, but they lay their eggs only on various species of milkweed. Milkweed is, well, a weed, and a toxic one at that, but that toxicity plays an important role for monarchs: the butterflies lay eggs on the plant so that the larvae will eat the toxic milkweed, thus becoming toxic themselves and unappetizing for predators. Farmers and gardeners have greatly reduced the amount of milkweed in this country, taking away vital homes for monarchs.

Climate change can also be linked to then insect’s decline. Monarchs require specific conditions at specific times in specific places in order for their eggs to hatch. Temperature and precipitation fluctuations can affect the milkweed’s life cycle, which in turn can hurt the monarchs. Some experts are also citing a busier hurricane season and a 2016 windstorm that downed much of the butterfly’s natural habitat in Mexico.