Six Weird Turkey Facts to Amp Up Your Thanksgiving Conversations

Keep these in your back pocket in case someone tries to break your family's "no politics at the table" rule. 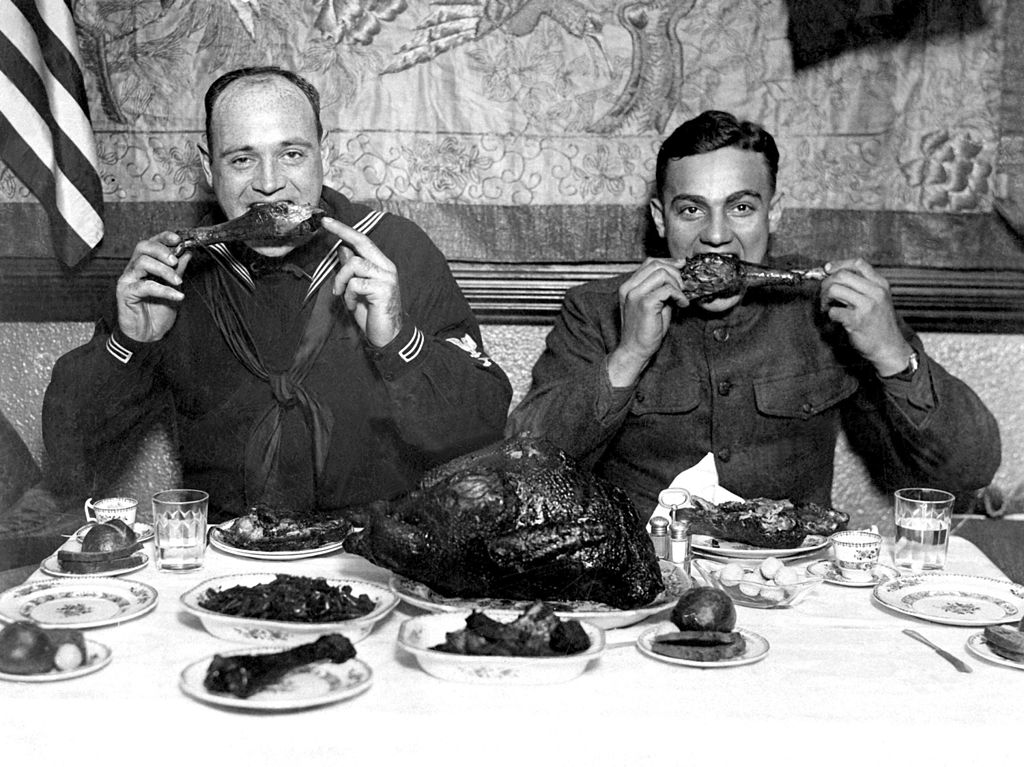 1. Turkeys were first domesticated by the Mayans 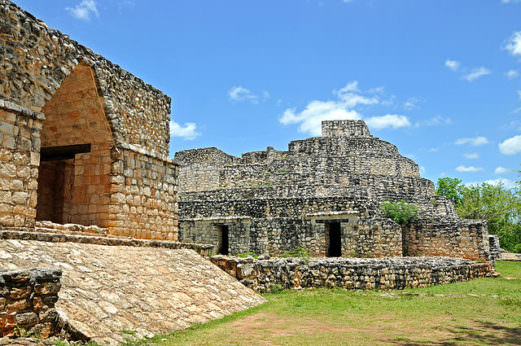 We don’t usually associate turkeys with the Maya people, but maybe we should. This ancient Mesoamerican civilization flourished from 1850 B.C. to 250 A.D. and stretched from what is now southeastern Mexico all the way down to Honduras in Central America. They were incredibly skilled mathematicians, calendar makers, builders and artists. And they were also the first to domesticate the turkey more than 2,300 years ago.

2. There are two competing theories on why we call these birds “turkeys” 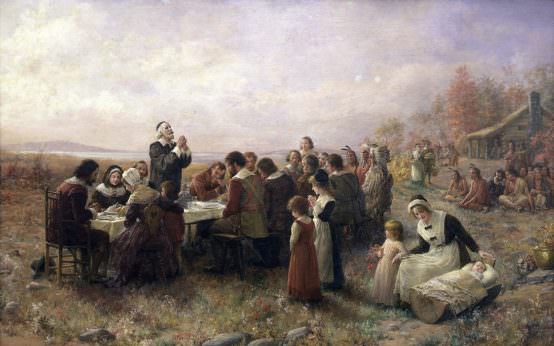 “The First Thanksgiving at Plymouth” (1914) By Jennie A. Brownscombe. Wikimedia Commons.

One theory, according to NPR, has to do with mistaken identity. When the British arrived in what is now Massachusetts and saw this wildfowl, they mistook it for a larger version of the African guinea fowl, a popular food back home. The guinea fowl was known at the time as a Turkey coq because it was imported to England by Turkish traders. In the case of the American turkey, the “coq” part got dropped and they have been known as turkeys ever since. The second theory holds that when the North American birds (the same ones first domesticated by the Mayans) began to be exported to England in the 1500s, they came to the British Isles via Constantinople and became known as Turkey coqs because of their association with the Turks, and then eventually shortened to “turkeys.”

3. They were a popular meal in Europe before the Pilgrims’ Thanksgiving dinner 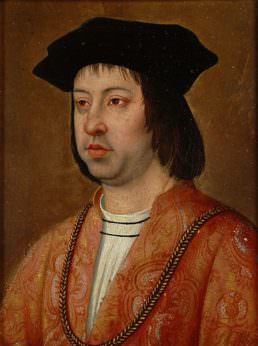 We tend to think of turkeys in conjunction with the Pilgrims, but Europeans were scarfing down the bird more than a century prior to Pilgrims stepping foot in the New World. Europeans fell in love with turkey during the Spanish conquest of the Americas, which began with Christopher Columbus in the late 1400s. In fact, they were so taken by the turkey that in 1511, King Ferdinand of Spain ordered that all ships sailing from the Americas carry five male and five female turkeys back to his country. The first record of turkey farming in Spain dates to 1530, by which time the bird could be found on plates in Rome and France, too. Around this time, they also started making inroads in England.

4. There are only two species of turkeys in the world, and they both live in the Americas 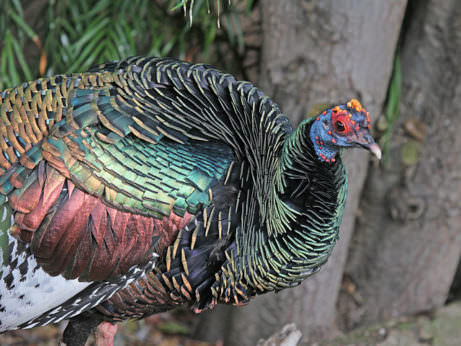 There’s the wild turkey, Meleagris gallopavo, which lives in the United States and Canada and would have been the kind eaten by the Pilgrims. The other species, the ocellated turkey, Meleagris ocellata, is found from Mexico’s Yucatan Peninsula down to Guatemala. The latter is smaller and more brightly colored. It’s also the ancestor of today’s domestic turkey, the kind that graces dinner tables at Thanksgiving.

5. Domestic turkeys are one of the least genetically diverse types of livestock around 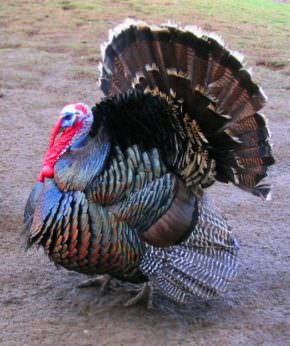 You can thank our love for white meat for the lack of genetic diversity in domestic turkeys. According to a Smithsonian Conservation Biology Institute DNA study from 2012, selective breeding programs focusing on body size and breast development curtailed the domestic turkey’s genetic variation. Today the various commercial breeds, including the Broad Breasted White – the dominant commercial variety – are less genetically diverse than wild turkeys and even other livestock, like pigs and chickens.

6. Turkeys (and chickens) are closer to their dinosaur ancestors than other birds 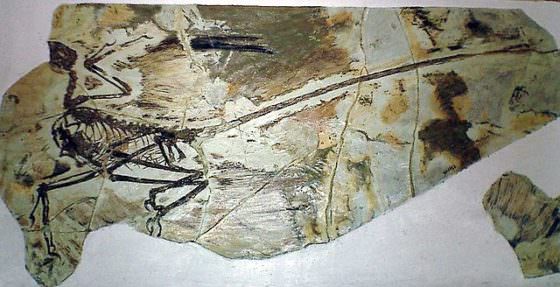 The four-winged Microraptor, a member of the Dromaeosauridae, a group of dinosaurs closely related to birds. Wikimedia Commons

A 2014 study from Kent University in England found that turkey and chicken chromosomes have undergone the fewest number of changes from their ancient ancestor, a feathered dinosaur, compared to other types of birds. If you’ve spent any time around turkeys (more specifically: have been chased by one) this comes as no surprise as they’re the closest thing to Jurassic Park as you can get in real life.

Those are all great factoids to share around the table. Here’s one more from the current Successful Farming magazine. Who is Dorcas Reilly and what did he invent in 1955? That would be the green bean casserole and it’s hard to imagine Thanksgiving without it.