Kinder Eggs Are Coming to the US! Well, Sort Of - Modern Farmer
Food & Drink

Kinder Eggs Are Coming to the US! Well, Sort Of

It's a different egg. To be fair, it sounds good. 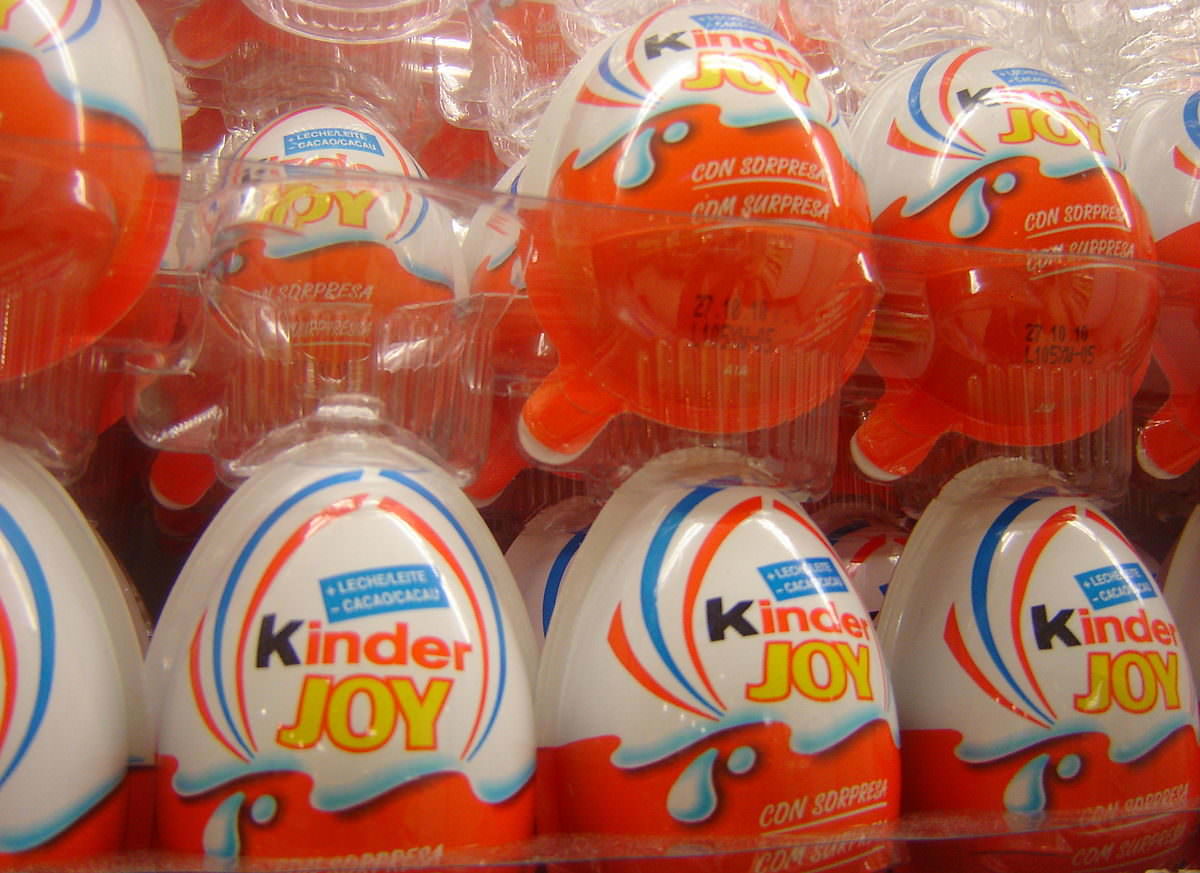 The Kinder egg – which is technically called the “Kinder Surprise” – is a tremendously popular confectionary throughout most of the world. It consists of a thin shell of milk and white chocolate that covers a plastic container. That container holds a chintzy plastic toy: maybe a small boat, or a motorcycle, or a sticker. In this writer’s opinion, the chocolate itself is okay, though some go nuts for it.

Since 1938, however, an obscure law has prevented the sale within the United States of any food that has embedded within it a non-food. That, sadly, includes the Kinder egg. The official fine for smuggling in a Kinder egg is a whopping $2,500. Despite this, black-market Kinder eggs can be found throughout the country.

Earlier this year, Ferrero International, the company that owns the Kinder brand, announced that a newer type of Kinder egg would be making its way to the United States. Called the Kinder Joy, this new candy was first released internationally in 2001, and differs from the original Kinder Surprise in several ways. Most importantly, it comes in two distinct half-eggs, each wrapped individually. Peel off the wrapper of one half and you’ll find an egg filled with a chocolate cream and two crispy wafer balls. The other half comes with a small plastic spoon and, fun fun fun, a toy of the sort you’d find in a Kinder Surprise. This skirts the 1938 law because the toy is not actually embedded in the chocolate.

As silly as it is that Americans are still not legally permitted to buy and sell chocolate egg-toys, the Kinder Joy sounds delicious, so we will let it slide. The new Kinder Joy will first be sold, according to Delish, at Walmart, starting on Black Friday. They’ll sell for a strange $1.34 each, and will be exclusive to Walmart for 30 days. In the meantime, you’ll find us attempting not to swallow the toys from black market Kinder Surprise eggs found on a dusty bodega shelf.