You'll be able to spot the new label soon. 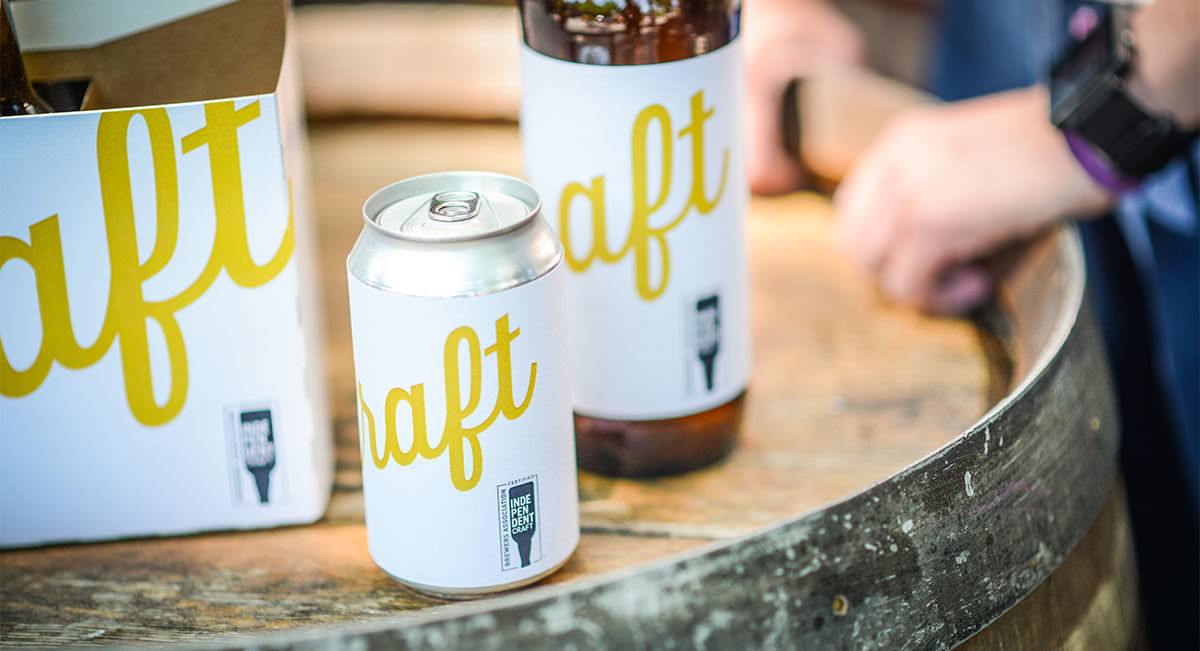 Big beer breweries like Anheuser-Busch and Heineken have come up with a few strategies to take advantage of the growing marketplace. Sometimes, they buy out small breweries, offering up their major marketing and distribution power. Other times, they simply start their own sub-brands with qualities that evoke a smaller brewery – maybe more adventurous brewing techniques and flavors, or possibly just an edgier or goofier marketing plan.

This has enraged both small brewers and many craft beer fans, who see these tactics as deceptive and damaging to the craft beer movement. Earlier this year, a customer even sued over a craft-like beer sold in Walmart that turned out to be owned and brewed by a large corporation. In response, the Brewers Association – a trade group dedicated to promoting craft beer – created their own label to be bestowed on the packaging of beers they see as upholding the virtues of craft brewing. Here’s the Brewers Association’s definition, from their website:

An American craft brewer is small, independent and traditional. Small: Annual production of 6 million barrels of beer or less (approximately 3 percent of U.S. annual sales). Beer production is attributed to the rules of alternating proprietorships. Independent: Less than 25 percent of the craft brewery is owned or controlled (or equivalent economic interest) by an alcoholic beverage industry member that is not itself a craft brewer. Traditional: A brewer that has a majority of its total beverage alcohol volume in beers whose flavor derives from traditional or innovative brewing ingredients and their fermentation. Flavored malt beverages (FMBs) are not considered beers.

Some of that is sort of unclear; flavor has to derive from either traditional or innovative brewing techniques? What exactly is not covered by that? What does traditional even mean? But the more important rules involve the size and ownership of a brewery; independence is the key.

The label itself is an upside-down beer bottle emblazoned with the words “Brewers Association Certified Independent Craft.” Any operation that meets the Brewers Association’s requirements is eligible to receive it, regardless of whether that brewery is actually a dues-paying member of the organization. “Beer lovers are interested in transparency when it comes to brewery ownership. This seal is a simple way to provide that clarity – now they can know what’s been brewed small and certified independent,” wrote Bob Pease, CEO of the Brewers Association, in a press release.

The label was announced earlier this summer, and it’s starting to roll out on some packaging. The Brewers Association says over 2,000 breweries have adopted the label, including fairly prominent ones like Dogfish Head, Left Hand, and Sam Adams. Some of the breweries that don’t qualify for the label have spoken out, saying that the Brewers Association “continues to refuse to let the consumer make up their own mind.” And this label is entirely dependent on the whims of a trade group; this is not a label with government regulation behind it, like the organic label. But the Brewers Association sees it as a way to fight back against beers that might not have all the qualities a customer is looking for in a craft beer.