Could a GMO Wheat Bring Bread to Celiac Sufferers?

Will bread made from genetically-modified wheat even be allowed in the country where it was created? 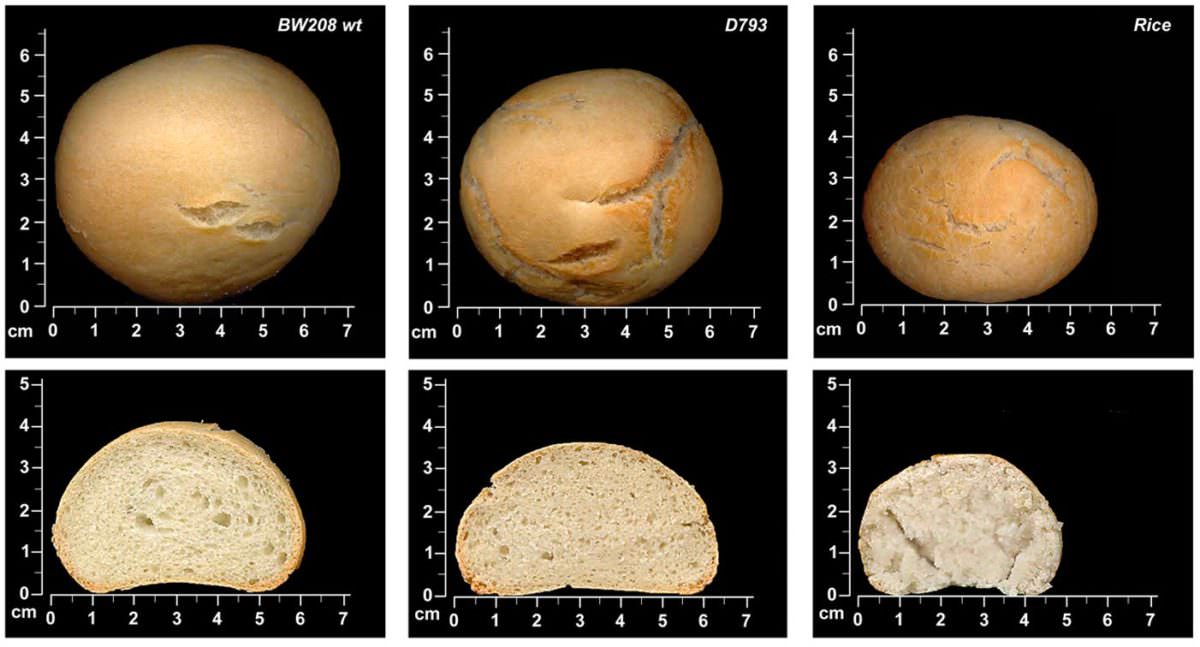 On the left is a normal loaf of bread; in the middle is the special low-gliadin bread; on the right is a rice bread.
Photography Francisco Barro
Share
Tweet
Pin
Email
960 Shares

The researchers, led by Francisco Barro at the Institute for Sustainable Agriculture in Cordoba, Spain, have been working on creating a type of wheat that won’t aggravate celiac sufferers for years; they’ve published a series of papers updating the public on their progress over the past half-decade. Their newest work claims to reduce the reaction of celiac immune systems by 85 percent, theoretically allowing those with celiac to eat a few slices of bread per day with no ill effects.

Knowing that, Barro’s team has been attempting to come up with a variety of wheat without those particular dreaded gliadins. But cross-breeding, the typical way of creating new wheat strains, hasn’t really been working; gliadins are too fundamental to the plant. Now, the team has turned to genetics, deleting as many of the genes responsible for making the bad gliadins as possible. This, it seems, is hard: New Scientist says that there are a whopping 45 copies of a single gliadin gene to delete.

But the team is making progress, and says that even now, without having fully deleted all of the genes that will eventually tell the plant to have those bad gliadins, the GMO wheat makes a decent bread. Well, “decent” is relative. The researchers seem a little…reserved about how good the bread actually is; they call it “acceptable” While the wheat can’t really be used for big loaves of bread, it does seem to have the aerated structure of a typical gluten-packed bread in small, thiner loaves.

What makes this all more interesting is that Spain, as part of the EU, has an extremely restrictive policy about GMOs; they permit importing, but GMOs are essentially banned from being grown in Europe. It remains to be seen how a government might respond to a GMO like this, which is bred not for pesticide resistance, as is typical, but to address a medical issue.

Related
Food & Drink, Technology
How High-Pressure Processing Is Helping Remote Farmers Bring Fresher Foods to MarketNaoki Nitta
Plants
They’ve Come a Long Way, But Gene Banks Still Lack Protections for...Shea Swenson
Dairy, Environment, Technology
Can Biodigesters Save America’s Small Dairy Farms?Anne N. Connor
Food & Drink, Plants, Recipes
A Botanist-Bartender’s Ode to the DandelionDanny Childs
wpDiscuz
We use cookies on our website to give you the most relevant experience by remembering your preferences and repeat visits. By clicking “Accept”, you consent to the use of ALL the cookies.
Cookie settings ACCEPT
Privacy & Cookies Policy